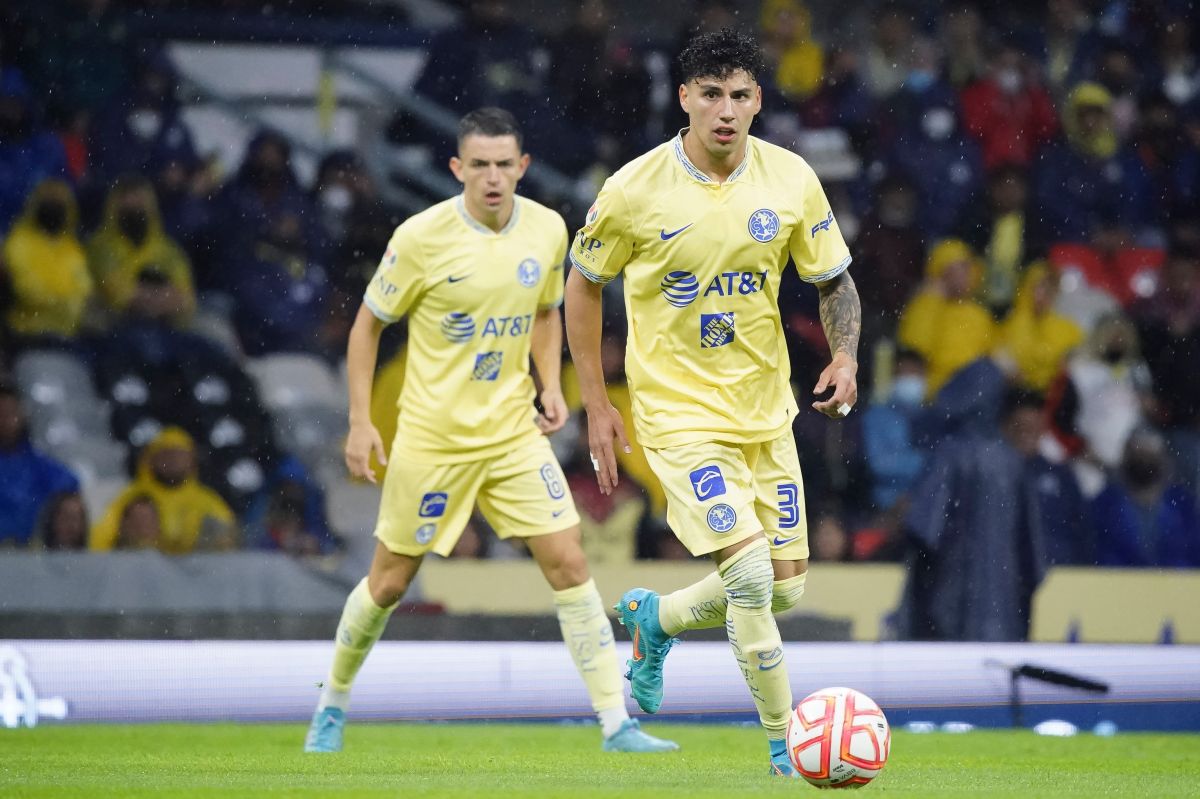 Right back Jorge Sanchéz has everything decided to leave Club América for Ajax, one of the best teams in the Eredivisie in the Netherlands. The 24-year-old Mexican will arrive at the Dutch club after rumors and negotiations between the two teams.

Sánchez, who has more than 100 games with the Club América shirt, did not train with the Mexican team for the next match of date 7 of the Liga MX in which they will face Juárez this Sunday in the Apertura 2022.

Jorge Sánchez will not be alone at Ajax where he will be together with fellow Mexican Edson Álvarez, and both will be in uniform for the current champion of the Netherlands and who will play the next edition of the UEFA Champions League.

The Mexican right-back played 150 games with the Club América shirt, scoring 2 goals and providing 8 assists. Sánchez was also in the lower categories of Santos Laguna before wearing the blue-cream team shirt.

With the Mexican national team he has also played 21 games with one goal, so now he will be able to continue growing as a footballer in the elite of Europe with one of the best teams in developing players.

Sánchez leaves the Mexican club at a critical moment in the van in the seventeenth position and they have 3 losses in the last five games.

The difference is that they have two games less played, but they have only added four units in the first five games of the Mexican tournament and they hope to move up the table in the face of the crisis and the fans who ask for the resignation of Fernando Ortiz.

On the other hand, Ajax begin the defense of their Eredivisie title away to Fortuna Sittard. In the absence of the announcement being made official, Sánchez will join the litter of Mexican soccer players who have been able to grow at a sporting level in Europe in elite teams.

Mikel Arteta revealed why he let Marcelo Flores go from Arsenal: “We needed to expose it in another context”

Chicharito Hernández apologized for refusing to take a picture with a child and throwing the Mexican flag: “Emotions beat me”

With a goal and a missed penalty, Luis Suárez’s bittersweet debut in the Uruguay National