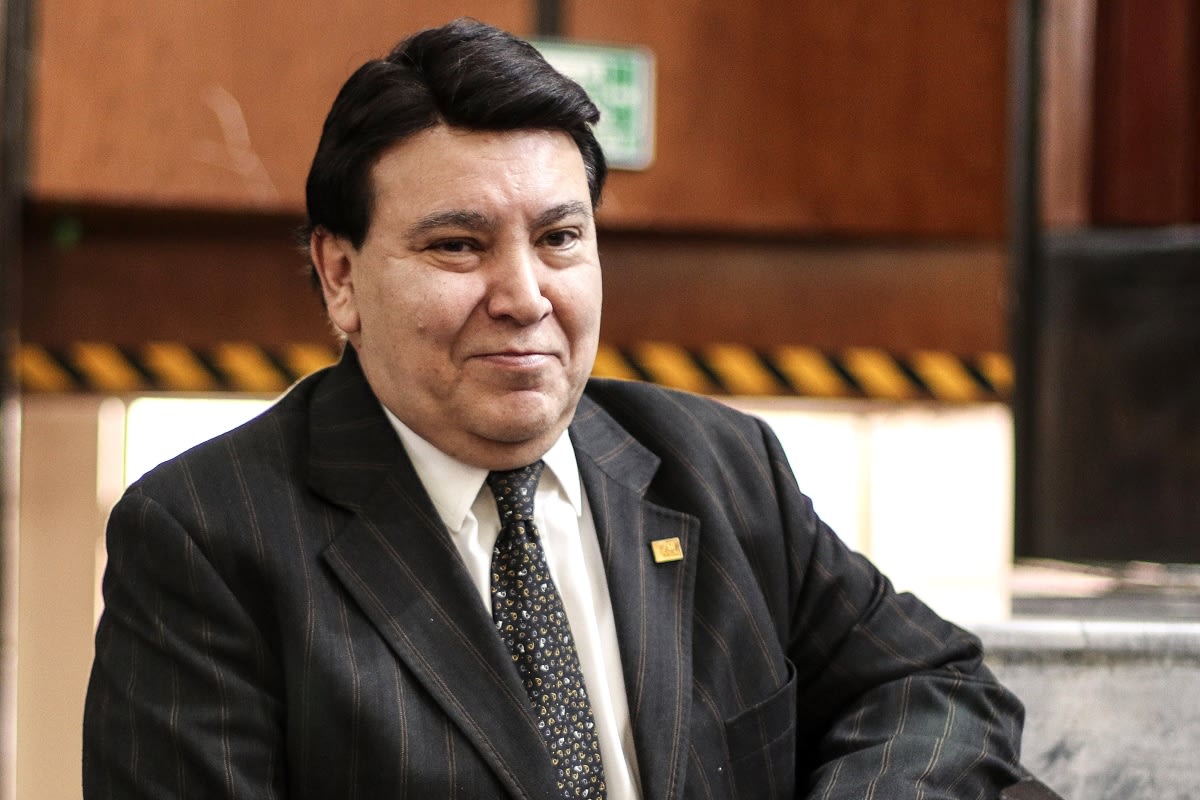 “Composer and music producer, with a prolific career, his songs won many awards and were performed by great figures of the song. We send our deepest condolences to his family and friends from the Board of Directors and the Vigilance Committee of ANDI ”.

He completed studies in Electronic Systems Engineering at New York University (NYU) and worked as a maintenance engineer and in the International Music Department of RCA Victor de México. Rest in peace.

“The night you gave me the stars”

Some of the compositions by José Alfredo Jiménez Jr are Wound over wound, The night you gave me the stars and I need a piece, co-authored with Juan Carlos ‘El Pato’ Medina; Fugitivo, written in collaboration with Reyli Barba, and I don’t deny it, co-authored with Mario Monge.

His song called México, written in collaboration with singer-songwriter and music producer Jesús Monárrez, was a finalist among more than four thousand songs in the México de mi corazón contest, organized by the Secretariat of Tourism of Mexico.

His work as a music producer

In the Society of Authors and Composers of Mexico, he was a member of the Board of Directors, representative of the heirs of the composers who have already died, and director of the promotion office of the SACM Gold Catalog. An irreparable loss.

For his part, Carlos Navarrete, a Mexican politician and member of the Party of the Democratic Revolution, expressed himself this way on social networks: “It is with sadness that I receive the news of the death of my friend José Alfredo Jiménez Gálvez. A loss that hurts. Today I will accompany his family to see him off. Goodbye dear José Alfredo !!! ”.

In an interview that he recently granted to various media outlets, José Alfredo Jiménez’s son shared that HBO Max was preparing a series based on the life of his famous father, which would be called A Weird World.

On that occasion, he commented that the series was still in the pre-production process, in addition to that he would like El Dasa to interpret the creator of songs such as El rey, Camino de Guanajuato, Paloma querida, Ella and Serenata huasteca.

“I am very annoying with writers”

Finally, the renowned composer said that he expected several stars of popular music from Mexico to appear in this series, such as Pedro Infante, Jorge Negrete, Lola Beltrán, Lucha Villa and Chavela Vargas: “The platforms that are being added are very strong, we are going to have a very good series ”. ended.

“But he is still the king”

“I wanted to justify each of the anecdotes that I tell with the photograph so that they would see what I was talking about,” said José Alfredo Jiménez Jr on the occasion of the launch of the book Pero siempre el rey, dedicated to the memory of his father.

“Throughout my life I have been covered by the shadow and the protection of a giant charro hat. I wanted to follow my father’s boots, but his charro boots are too big for me and that makes me keep my feet on the ground ”.

Last August, José Alfredo’s son joined forces in the song Ni una jugada más, which is available on social media: “She sang with the band Lirio Si nos deja, from there her voice, presence and how he interacted with the band ”.

Also, taking advantage of the opportunity, the composer and musical producer was asked about the current moment of Mexican music, to which without hesitation he responded as follows: “It is growing a lot, thanks to boys like Christian Nodal, a new force is coming. ”.

The legacy of José Alfredo JIménez

Associating the production of José Alfredo Jiménez with drinking and partying is a mistake, since his songs cover a wide repertoire of popular themes from the mid-20th century, such as the corrido, the huapango, the Sinaloan band, the ranchera song, among other

José Alfredo’s songs cover a wide spectrum of popular taste: love, the deed of the daily hero, heartbreak carried with dignity, disagreements, the beautiful stories of the northern towns and the Mexican shoal. A legend.