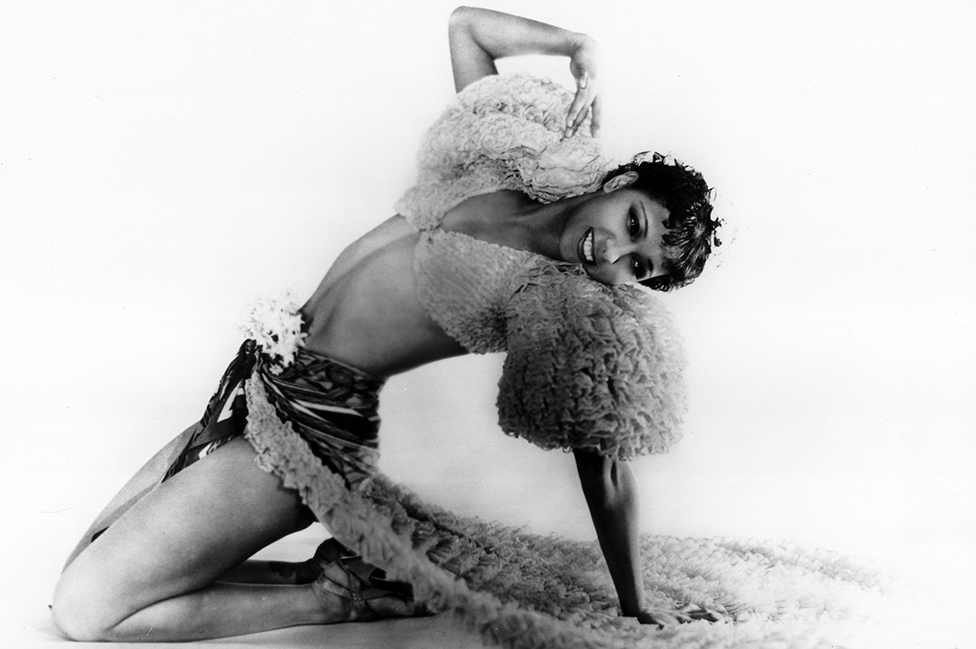 This November 30, Josephine Baker will be honored with a memorial and a plaque at the Pantheon in Paris, where the greatest glories of French culture rest, from Voltaire and Victor Hugo, to Marie Curie and Jean-Jacques Rousseau.

Baker will be the sixth woman to receive this honor, and the only black.

How did this exotic dancer, originally from the United States and famous for her provocative shows in which she appeared practically naked, to be among the nearly 80 most respected national heroes of France?

Well, Freda Josephine MacDonald – her original name – not only became one of the most famous cultural icons of the first half of the 20th century.

In addition, this diva, nicknamed the “Bronze Venus”, became a heroine of World War II and later a civil rights activist.

On the way, Baker broke all kinds of barriersfrom cultural to racial.

From poverty to stardom

His father, who played the drum in bars honky-tonk she left the family, and her mother, who was half black and half Appalachian, worked as a laundress to support her children.

Little Josephine started working at the age of 8 and suffered abuse. By the age of 14 she had already been married and separated twice, and it was her second husband from whom she obtained the surname Baker.

During his adolescence, he was so poor that lived on the streets and depended on garbage scraps for food.

He once told that started dancing to stay warm On the cold streets of St. Louis

But her talent and charisma allowed her to join a vaudeville group and later a dance company, The Dixie Steppers, which in 1919 led her to move to New York.

It was in the Big Apple that she was discovered by a talent recruiter who was looking for artists to perform in a revolutionary magazine show, the first formed exclusively by black people, in Paris.

With the promise of $ 1,000 a month, Baker traveled to France where his life would change forever.

The great leap to fame was made in April 1926, when, at the age of 19, he performed at the legendary Folies Bergère.

There he surprised the public with a show very different from the one that the Parisian cabaret used to present: the Danse sauvage (“Wild dance”).

Baker, wearing only pearls, a bra and a skirt made of bananas encrusted with glittering stones, blew everyone away with her provocative dance, in which she wiggled her hips and crossed her legs in the style of the Charleston.

On its opening night was cheered 12 times.

The “banana dance” made her a star and it marked the beginning of the fascination of the French with the “Bronze Venus”.

“As a black woman, she could not have achieved what she did if she had stayed in the United States,” Bennetta Jules-Rosette, director of the Research Center for African and African American Studies at the University of California and author of the biography, told the BBC. “Josephine Baker in art and life: the icon and the image.”

“While she was filming in France, you had artists like Hattie McDaniel playing maids in ‘Gone with the Wind,’ ”she observed during an interview with journalist and author Joanne Griffith.

According to the biographer, what distinguished Baker was that “she never thought anything was impossible.”

“He could do things that we would consider before his time, because he never thought he would fail,” he said.

Baker wasn’t just daring on stage. It was also in his private life.

Many remember the diva, who became a fashion icon, walking through the streets of the French capital with her unusual pet: a cheetah.

In his changing rooms he also had other wild animals, such as parrots and even a boa.

I was not afraid to adopt and subvert many of the stereotypes that the French had with black people, whom they unfailingly associated with African culture.

But Baker showed his bravery most when it came to standing up to the segregationist policies of the time.

The artist insisted that her shows be open to all audiences and during her various US tours. rejection perform in places that did not allow the entry of the black public.

According to Jules-Rosette, she was the first to break the racial segregation in Las Vegas, even before artists like Frank Sinatra and Sammy Davis Jr.

But not even her fame made her immune to racism in her country of origin: some hotels and restaurants refused to receive her, and in 1951 she was added to a list of unwelcome people from the government and the Federal Bureau of Investigation (FBI) for having denounced the owner of the Stork Club of New York for racism. York.

It was another display of her daring that would win the hearts and respect of the French, and lead to her now being honored with a place in the prestigious Pantheon in Paris.

When World War II (1939-1945) broke out, Baker put aside the acting and exotic costumes that made her famous to do something few stars and fashion icons would do: put on a uniform.

During the long conflict, she served as a second lieutenant in the French Air Force Women’s Auxiliary.

But, braver still, he took advantage of his fame to spy for the Allies.

Using his contacts and invitations to embassy parties, he obtained information on enemy troop movements that he managed to transmit first to the French authorities and – after the fall of France to Nazis – to the Resistance, using invisible ink on his scores.

For her contributions, she was decorated by Charles de Gaulle with the Legion of Honor and the Resistance Medal.

Another side that many celebrate about Baker was that of a civil rights activist.

In 1963, after getting back on American soil with the help of then Attorney General Robert Kennedy, participated in the famous March on Washington, along with the leader of the civil rights movement Martin Luther King, who gave his memorable speech “I have a dream.”

Dressed in her French military uniform, Baker was the only woman who addressed the audience.

“You know I’ve always taken the rocky road,” he told the crowd.

“I never took the easy one. But as I get older, and because I knew I had the power and the strength, I took that rocky road and tried to smooth it out a bit, ”he noted.

“I wanted to make it easier for you. I want them to have the opportunity to have what I had, “he said, referring to the success he had in France.

Baker not only spoke out and acted against racial and religious discrimination. He also led by example: in 1937 he converted to Judaism to marry the white industrialist Jean Lion, through whom he obtained French citizenship.

The marriage lasted a year. A decade later she remarried another white man: Joe Bouillon, with whom adopted 9 children of different nationalities and races, to form what he called his “Rainbow Tribe“.

Even after divorcing Bouillon in 1957, she added three other children to her “tribe”, whom she ended up supporting alone.

The artist, who had become the richest black woman in the world, ended up bankrupt and spent her last years in Monaco thanks to the support she received from another American star: Grace kelly, then turned into princess of that small European state.

When she died in 1975, due to a stroke, she was buried in that principality, although received military honors during his funeral in France.

Claude Bouillon-Baker, one of his sons, told the AFP agency that the star will remain buried in Monaco, and that on Tuesday he will be honored in the Pantheon in a symbolic way, with a memorial and a plaque.