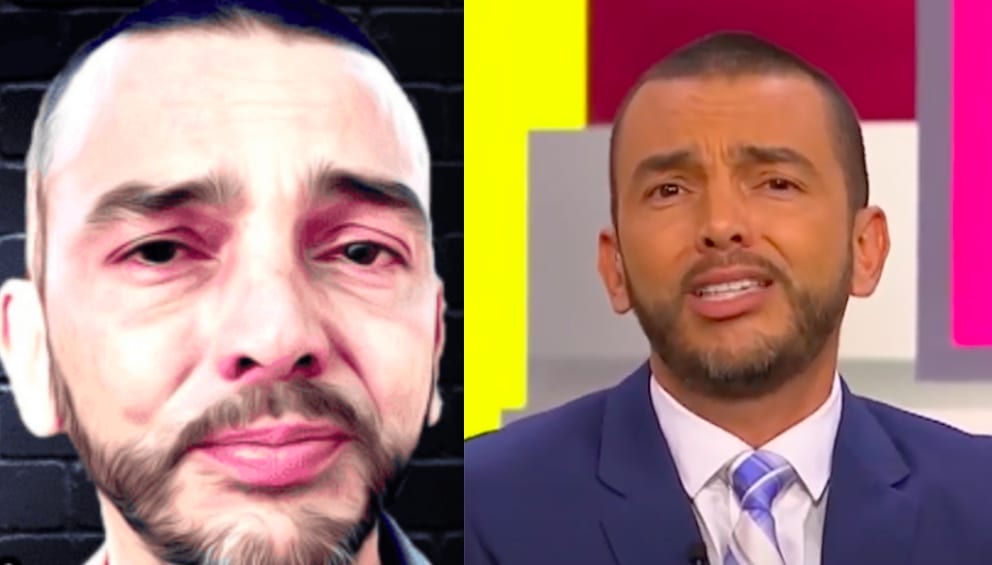 What’s going on? Several compromising photographs of the driver Juan Manuel Cortés are revealed after the cancellation of the Suelta La Sopa program. The program of Javier Ceriani and Elisa Beristain assure that the presenter was probably intoxicated with some substance.

Go that things have gotten quite complicated for the presenter Juan Manuel Cortés, and it is that after it was officially announced that the Telemundo network broke ties with the program Suelta la Sopa, on October 9 they were revealed several photographs showing the driver asleep in the middle of a nightclub.

It was through a video published by the account of the Chisme No Like program, hosted by entertainment journalists Javier Ceriani and Elisa Beristain, where they revealed compromising photographs of the Suelta la Sopa driver, Juan Manuel Cortés, in an alleged state of intoxication , while several empty glasses were around him.

According to the presenters of the program, they affirm that it was the same Patricia Romosco, sister of Argentine actor Julián Gil, who claimed to have videos where the driver is seen under the effects of intoxication.

Was he intoxicated? They reveal compromising photographs of Juan Manuel Cortés

At the beginning of this clip, the Argentine Javier Ceriani commented that they did not intend to publish these images, however it was a response to an attitude that Juan Manuel Cortés’s boss had with them: “The truth, Juan Manuel, we were not going to put it, but as your boss gets violent, then whoever falls is the one who falls ”.

Later, Elisa Beristain commented that it was Patricia Ramosco herself, Julián Gil’s sister, who assured that the driver was intoxicated: “She says she had a video where this man looked in an inconvenient state, he is asleep and Patricia says that he was like this because I was intoxicated ”.

“Where are your friends?”; They reveal compromising photographs of Juan Manuel Cortés

After this, Javier Ceriani questioned Juan Manuel Cortés because he was alone in that state, wondering where his friends were, those “to whom he gave work”, and the fact is that in the images, the driver appeared completely alone while he was asleep surrounded by several empty glasses:

Who surrounds you? Who are your friends? They left you alone asleep and lying Where is your partner? Where are your colleagues who ask you for work? … those who gave them work, you have to reflect a little with the life you are leading, if you were lying there in an armchair drunk with we do not know with what, “said the driver after revealing the compromising photographs of the driver of Suelta La Sopa.

“Why are you so lonely?”; They reveal compromising photographs of Juan Manuel Cortés

After this, Elisa Beristain began to narrate a little of the situation in which the driver of Suelta la Sopa, Juan Manuel Cortés, found himself during these compromising photographs, since they had also been shown a video of the event: “He is seen nodding off , tilting, going, and in the end he falls asleep ”.

Finally, Javier Ceriani commented that because the driver was living that quality of life, after he left due to a situation as complicated as having overcome the cancer he suffered: “Why are you so alone Juan Manuel Cortés? You have gone through so much life experience, strong, to have another quality of life like that ”.

On the other hand, the followers of the program Gossip No Like did not hesitate to leave their comment on the matter, stating that these compromising photographs of Juan Manuel Cortés where he seemed to be supposedly drunk had nothing wrong, since they have all gone through such a situation :

“He has every right to do what he wants in his free time”, “I do not wish harm on anyone, it is sad to lose a job to be adrift and it is not worth it but God bless him and give him a good job you deserve “,” Please, what a melodrama for a night spent drinking “,” I see nothing wrong, whoever is free from sin cast the first stone “, were one of the many comments that could be read in the publication of Gossip No Like. VIDEO OF JUAN MANUEL CORTÉS HERE

He mocks without shame. Sister of actor Julián Gil, Patricia Ramosco, mocks the host Juan Manuel Cortés after the cancellation of the contract between the Telemundo network and the Suelta la Sopa program, and affirms that karma is coming to him, because this program was “the the only forum that had given him power and opportunity ”, which he“ did not know how to take advantage of ”.

Things have gotten quite complicated for Suelta la sopa, and it was last October 4 when it was revealed that the Hispanic network, Telemundo, would no longer renew the contract it has with the program to continue broadcasting it within its programming bar , causing the entertainment show to drift and wait for its future.

After this, many were quite surprised by this sudden cancellation of the contract, however, there were others who were quite happy with the news, such was the case of the sister of the Argentine actor Julián Gil, Patricia Ramosco, who did not hesitate a bit second to mock the stellar host of the program Juan Manuel Cortés, stating that everything was “divine justice.”

Through his social networks, the actor’s sister, who is currently facing a legal dispute with his ex-wife Marjorie de Sousa over the parental authority of her son Matías, did not hesitate to send this forceful message to the presenter of Suelta la Sopa, Juan Manuel Cortés .

“You put the chain to shame”

In her official Instagram account, the woman posted a photograph showing the host of Suelta la Sopa, Juan Manuel Cortés, with a rather sad face and red eyes, as if he were crying. At the bottom of the photograph, Julián Gil’s sister began with the following: “I’ll leave it here for two or three days to enjoy the comments and then I’ll take it off later.”

Julián Gil’s sister began to make fun of the host for the recent cancellation of his program: “What happened, editorial chief? Ahhh I know, they canceled the program, the only forum that gave you a screen, power and a great opportunity that obviously you did not know how to take advantage of, they gave you a presence and left the network and many in pain to shame ”.

“You helped the scoria”

However, that was not all, since later Patricia Ramosco, Julián Gil’s sister, affirmed that what had happened to the Suelta la Sopa program was the work of divine justice: “Divine justice is called and I said it, today your karma and It is the least you deserve for the damage you have done. Was it any use for you to be a mere sold? “

“It is well known what you received from the left, to execute your vile attempt to defend the indefensible, without scruples without morals, and that it was obvious the ilk and resources with which your protagonists did and achieved things, you helped the scum “, wrote the sister of Julián Gil bluntly when making fun of the presenter Juan Manuel Cortés through his social networks.

“You sent misery to the program”

Not ending, the soap opera actor’s sister affirmed that the position as head of content held by Juan Manuel Cortés only served to bring “misery” to the Suelta la Sopa program: “Not to mention your deplorable performance in a program, that being able to be good, you filled him with shame, you denigrated him and made him lose all credibility, and the network did not deserve that, much less so many victims of your ambition and evil ”.