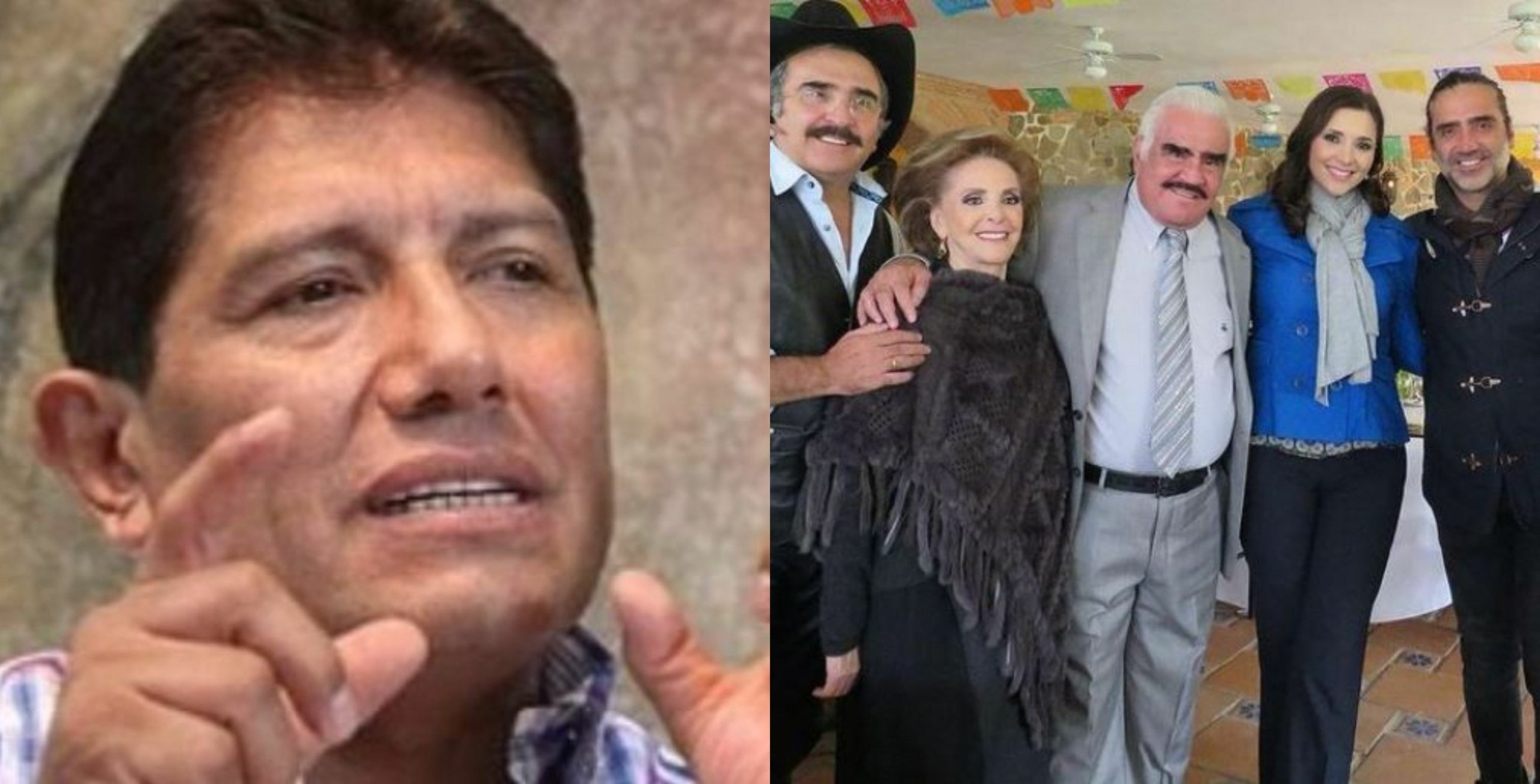 Vicente Fernandez is far from being forgotten by the Mexican public and although that may not happen due to his legacy in regional Mexican cinema and music, the various productions about his life do seem to keep him in trend and the most talked about topics among Mexicans, because with the announcement of a series that is authorized and one that is not, opinion has already divided sides and seems to be the beginning of a great scandal.

John Osorio who is in charge of producing The Last King: The Son of the People for Televisa Univisionwas honest about what he thinks of the recent controversy that his new project is going through, which without having already been released on Mexican television, has generated a feeling of rejection among fans of The Charro of Huentitan, who have accused the company of betraying the trust that the singer gave him in life.

“I hope that (Vicente’s) family realizes that We also have great respect and affection, but there are things that cannot be hidden, because the situations that the family has experienced are also in the public domain.”, expressed the producer of melodramas in an interview for the newspaper The universal.

It all started because the producer was based on the controversial book written by the Argentine journalist Olga Wornat, The last kingwhere he gives an account of the love affairs that the singer had in his rise to fame, his stardom and his last years, as well as controversial topics such as the alleged link of Gerardo Fernandezeldest son of the deceased charro, with organized crime, issues that have caused annoyance among the members of the Jalisco dynasty.

For the soap opera producer like My husband has more family, A lucky family or Together the heart is never wrong made it clear that it does not matter that there is more than one series of The king since at the end of the day what is important is that the Mexican and Latin American public knows the story and that they themselves are the ones who qualify the production, the way of telling and interpreting as well as the veracity of everything, so despite saying “I’m up to my neck in water” -because of the controversy- he is happy with the project.

“Everyone does their series and the verdict is given by the publicwe are doing our version and I think it will be one of the series that the people will stay with the most, with a great responsibility, “added the producer.

The production of the San Ángel television station will have the following actors in charge of recreating Vicente Fernández at different stages of his life: Moisés Habib as a child, Eduardo Barajas as a teenager, Pablo Montero as an adult and Salvador Sanchez in the last decades of the singer’s life.

About his main protagonist, Emilio Marcos’ father spoke again about his qualities that allowed him to keep the important role, despite the controversy that Vicente Fernandez Jr.. He found in previous days with her statements about knowing him but no longer maintaining such a close relationship.

“I am fortunate to know Paul Montero since he sang and was making his first steps, from there I have brought him in my projects, I believe a lot in his talent and in this character in particular I needed a man who knew how to ride a horse and wear the charro suit, who can anyone can wear it, but not everyone can wear it, and within this commitment, I think Pablo is the one, “he concluded.

Vicente Jr. gave his opinion on the bioseries that Televisa is preparing on Vicente Fernández: “We are not interested in seeing it”

Which actor will play Vicente Jr. in the Vicente Fernández bioseries?