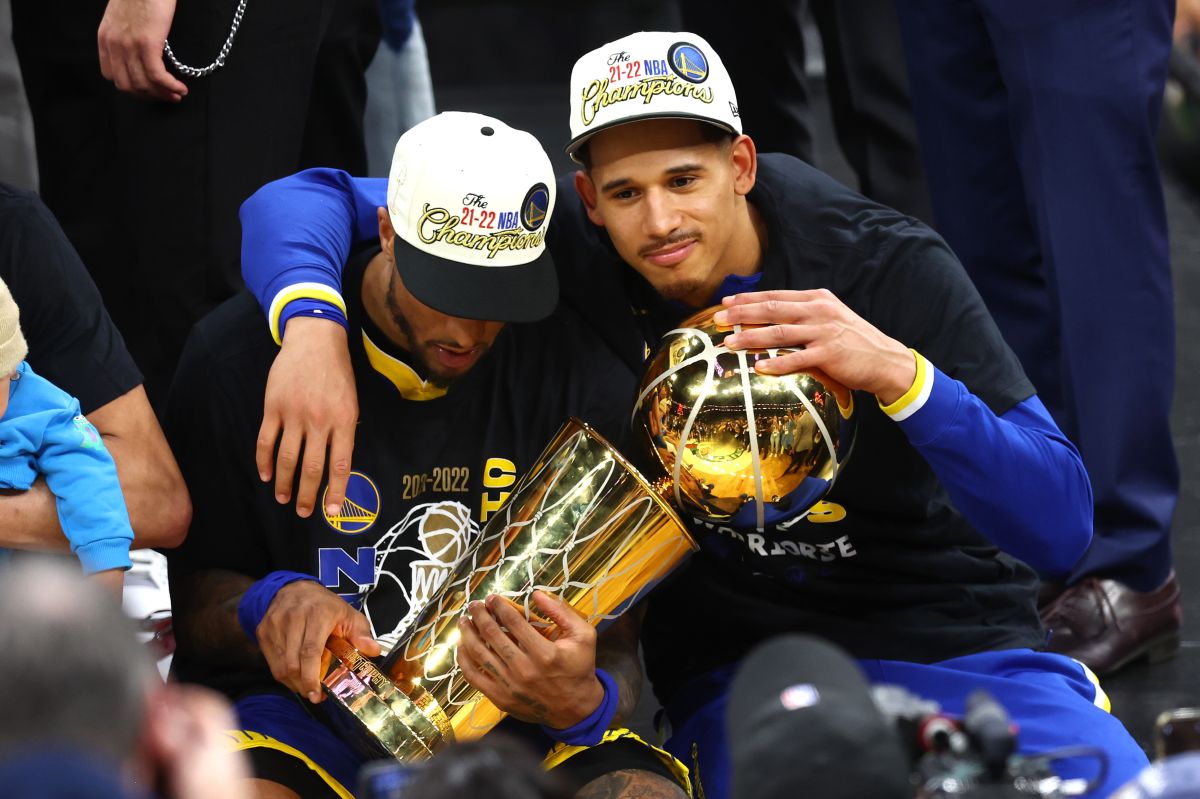 Mexico is partying for the title of the Warriors and their compatriot Juan Toscano-Anderson, who ended up becoming the first Mexican to lift an NBA trophy.

The Warriors beat the Celtics 103-90 in Game 6 of the finals and lifted their seventh trophy, the fourth in eight years, and Toscano became the first Mexican player to win a championship ring in the NBA Final

From the Royal Force to the Warriors

The Aztec basketball player of 1 meter 98 centimeters and former star of the Fuerza Regia of the National Professional Basketball League of Mexico achieved the title of the best basketball in the world just three years after taking the great leap.

Number 95 is not the undisputed starter for the Golden State Warriors, however has achieved interesting performances coming from the bench and has been recognized for his talent and skill, holding a special place in the franchise directed by Steve Kerr.

Juan Toscano-Anderson the fifth Mexican in the NBA

the basketball player Juan Toscano-Anderson became the fifth Mexican to have officially played in NBA games. He shares an honorary list in chronological order with stars of the stature of Horacio Llamas, Eduardo Nájera, Gustavo Ayón and Jorge Gutiérrez.

Among these Mexican basketball legends, Toscano-Anderson is the first to win the ring, a feat that leads him to occupy a historic place in the sport of the heights of the Aztec country.

Toscano-Anderson wore the Mexican tricolor in the Warriors’ celebrations on a day that will surely not be forgotten by the Aztec nation.