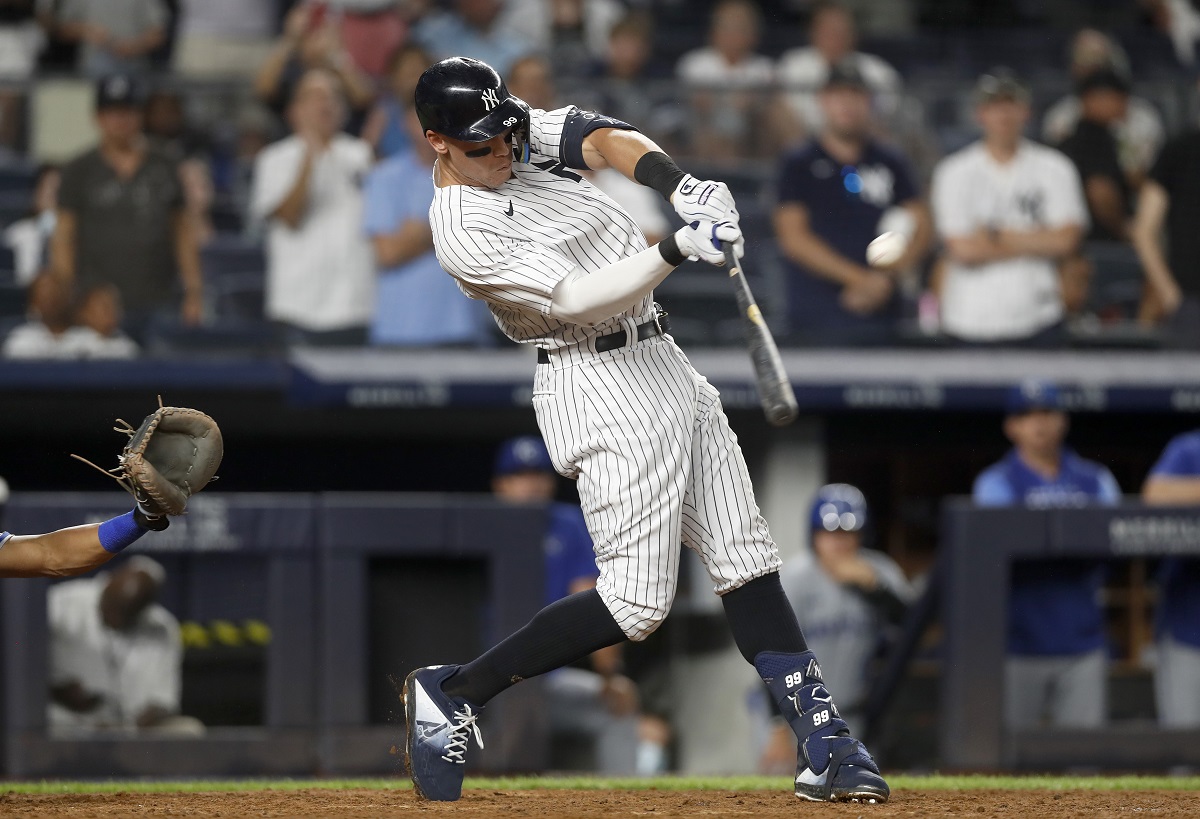 Aaron Judge hit two home runs this Friday in the victory of the New York Yankees against the Kansas City Royals (11-5) and tied Babe Ruth’s record of 41 homers before the end of Julyon a Major League day in which Cubans Aledmys Díaz and Yordan Álvarez launched the Houston Astros with hits.

Aaron Judge remains intractable and, with his two complete return hits, reached 41 home runs for the Yankees who added their second victory in two days against the Royals, after their two consecutive losses suffered against the Metros.

Judge is the third Yankees player to break the 40-homer barrier before the end of July, joining legends Babe Ruth and Roger Maris, according to statistics provided by MLB.

In major league history, only 12 players have achieved a mark of this level and Judge is four short of the all-time record, 45, shared by Barry Bonds and Mark McGwire, according to the aforementioned source.

And it is that his second home run unleashed madness at Yankee Stadium, as it was a Grand Slam that definitively put his team on track for victory.

Cubans Aledmys Díaz and Yordan Álvarez, with two and one home run, respectively, showed their power at bat and guided the Astros to a resounding 11-1 victory over the Mariners.

The Texans, who reached the series with Seattle after losing three consecutive games, recovered sensations guided by their Cuban stars. Díaz accumulates eight home runs this year, while Álvarez has already celebrated 30.

Brandon Woodruff struck out nine and allowed just four hits in 6 1/3 innings to drive the Milwaukee Brewers to a 4-1 win at Fenway Park.

It thwarted a fine performance from Austin Davis, who struck out four in 1 1/3 innings with only one hit allowed.

An RBI double by Alex Verdugo had allowed the run of Puerto Rican Christian Vázquez, who tied the game 1-1 in the sixth inning, but the Brewers got their victory back on track in the seventh, thanks to a single by Christian Yelich that drove in Tyrone’s run. Taylor.

You might also be interested in:
– “The Judge” Aaron Judge dispatched his fortieth ball of the season
– The MLB trembles: Angels will hear offers for Shohei Ohtani for the first time
– As the great figure of the Majors: Aaron Judge dictates sentence in the last inning with the Yankees [Video]