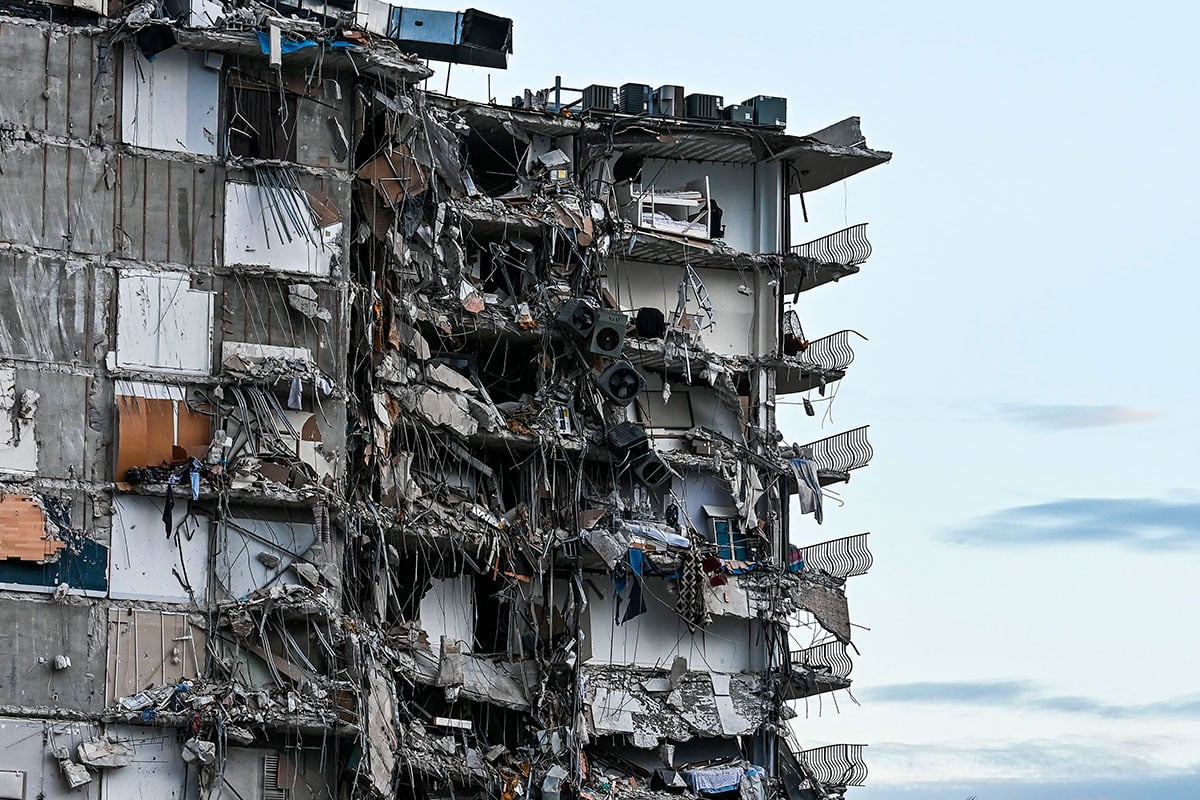 A judge approved Thursday to award compensation for more than $1,000 million to the victims of the Champlain Towers condominium building collapse in Surfside, Florida, where 98 people died in one of the deadliest landslides in US history.

Miami-Dade County Judge Michael Hanzman, who is handling the case, called this settlement “the best” that could be reached and it is a “remarkable result. It’s extraordinary”.

“It will never be enough to compensate them for the tragic loss they have suffered,” the Miami-Dade circuit judge said at the hearing held Thursday.

The vast majority of the $1,020 million dollars will be distributed among the relatives of the 98 fatalities, although $96 million will go to those people who owned any of the apartments in this 12-story building and another $100 million will go to cover legal costs.

This final approval is given on the eve of the first anniversary of the building’s collapse, which occurred in the early hours of June 24, 2021 when many people slept in the 136 apartments of the condominium.

The building collapsed partially, but it was left uninhabitable, so it was demolished on July 4, 2021, when the rescue tasks for the bodies of the 98 fatalities, many of them of Latin American origin, had been completed.

A year after the Champlain Towers disaster, with the cause of the collapse still under federal investigation, new documents, interviews and deposition records shed new light on a critical seven-minute period between the initial thunderous failure of a swimming pool cover and the eventual cascading collapse of a portion of the building, which left 98 people dead.

One such critical incident is that a button was not pressed that could have saved more lives in those minutes, according to The New York Times.

While the Champlain Towers lobby security guard was quick to call 911 to report the initial pool failure and an alarm may have sounded at that point in a limited portion of the building, though it was clearly inaudible to many of those they were still sleeping.

But this building also featured a sophisticated audio warning system designed to broadcast an alert to the bedrooms in each unit.

But that alert was never activated, as recently available testimonials from depositions and interviews show, because the security guard had never been trained on the system and the only button needed to activate it.

“If I had known, I would have put pressure on him,” security guard Shamoka Furman said in an interview.

During the seven minutes between the time of the pool deck failure and the collapse of the condominium tower, could some of the residents who slept through the initial boom have been able to reach safety?

Unfortunately, failures such as why the guard was unaware of the alert that would have woken many up or failures of the building’s automatic fire alarm system they remain some of the many questions that still exist 12 months after the crash.

With information from EFE and The New York Times

– Collapse in Miami: how the building collapsed in just 12 seconds
– Miami authorities identify the victim 96 of the 97 bodies recovered from the Champlain Towers building
– Judge approves initial settlement that will pay $1 billion to families of victims of Florida’s Chaplain Towers collapse