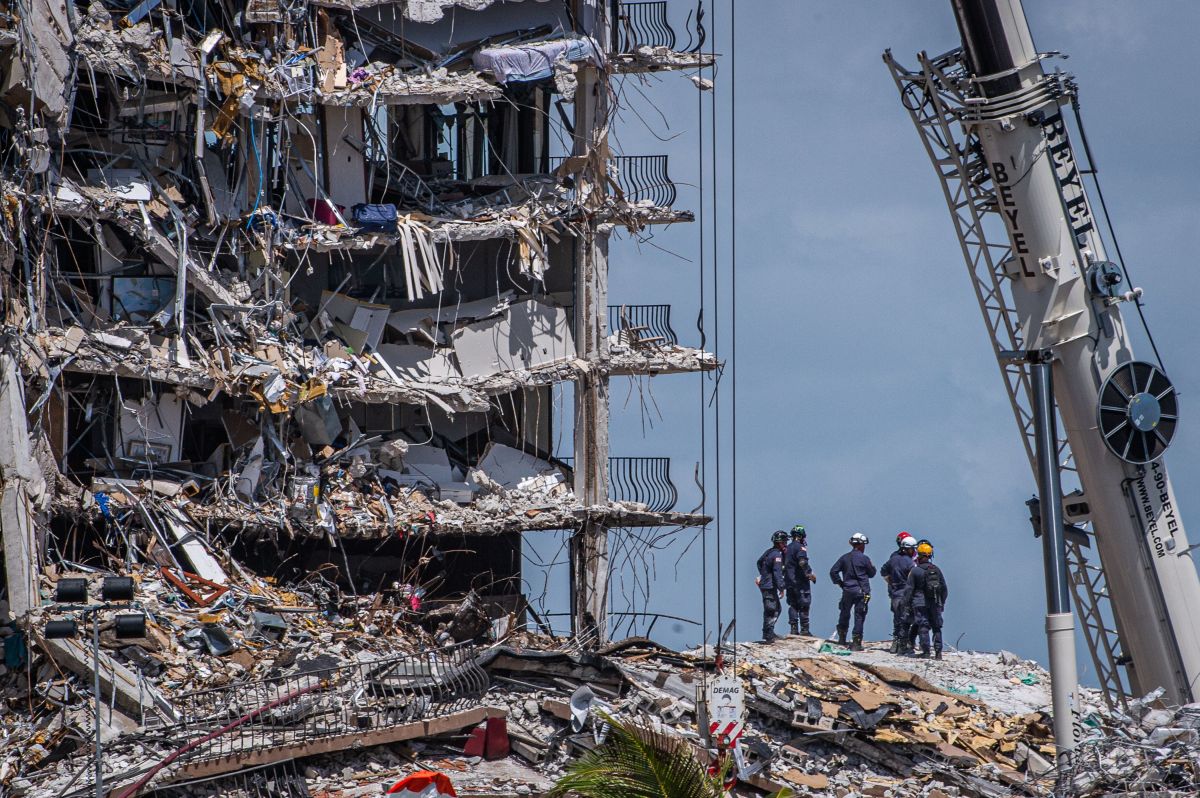 A Florida judge gave his initial approval Saturday to a $1 billion-plus settlement for families who lost loved ones in last year’s condominium building collapse in Surfside, Florida, in which 98 people died.

The quick fix of the unprecedented collapse of the 12-story Champlain Towers South building in the early morning hours of June 24, 2021 it means potentially years of court battles will be avoided.

The agreement that will avoid a trial that could last years must still go through the “formality” of being approved by Judge Michael Hanzman and it is expected that the money can begin to be distributed in September, according to local media on Saturday.

These media point out that the settlement does not imply that the defendants admit their guilt in the collapse of the Champlain Towers South buildingwhose causes were still under investigation.

Securitas, the insurance company for the 12-story building built in 1981, will contribute $517.5 million dollars to the total sum of $1.02 billion dollars, according to the agreement closed this Friday.

A wing of Champlain Towers South, located in the coastal city of Surfside, neighboring Miami Beach, collapsed for reasons not yet officially determined on the early morning of June 24, 2021.

The rest of the building had to be demolished by a controlled explosion on July 4 to facilitate the search for victims in the rubble.

Different companies involved in the construction of the building next to Champlain Towers South, called Eighty Seven Park, which is believed to have contributed to the disaster, will put up some $400 million through their insurers.

Contributions will also be made by the Surfside City Council, a law firm that advised the homeowners association, the engineering firm contracted to do the work required to obtain the renewal of the Champlain Towers South certificate of habitability, and other defendant firms.

The sale of the site where Champlain Towers South stood, for which there is a $120 million bid from a Dubai investor, will also add to the fund.

The beneficiaries will be families of people killed or injured in the collapse. Those who only lost their property will split $96 million.

Florida Governor Ron DeSantis signed precisely this Friday a new law making the recertification process mandatory for buildings throughout the state of Florida -only Miami-Dade and its neighbor Broward had it until now- 30 years after it was built.

Until now, in Miami and Broward, this revision of the structures and the electrical system was required 40 years after a building was built, and Champlain Towers was in that process when it collapsed.

Three years before the collapse, a report by an engineering firm warned of serious structural problems in the building that deserved urgent attention.