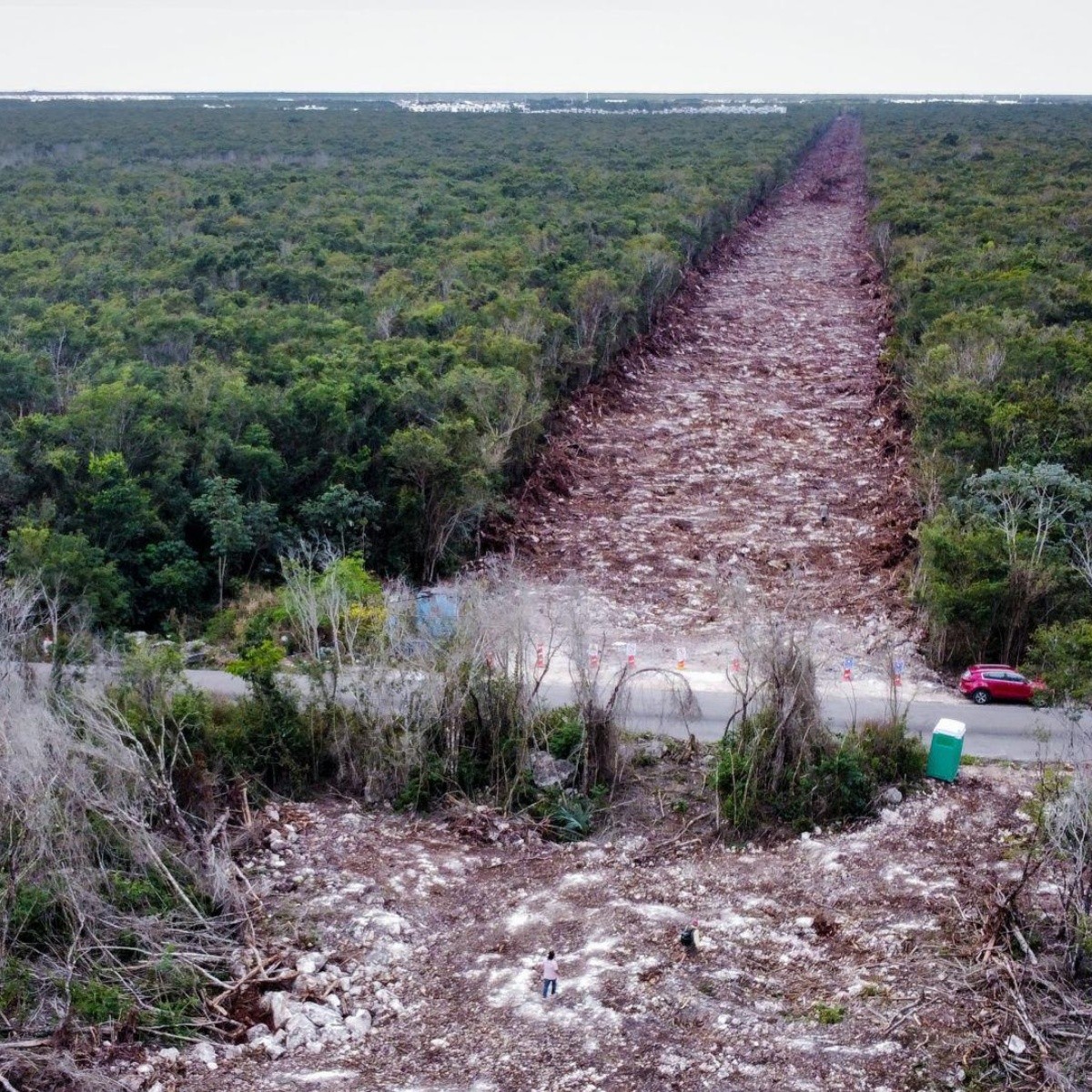 Quintana Roo.- A judge granted a provisional suspension against the works of section 5 of the Mayan Trainwhich comprise from Playa del Carmen to Tulum, Quintana Roodue to the possible environmental damage that its construction would cause.

Expert cave divers were the ones who obtained the suspension granted by the First District Court of Yucatanas announced by the Association Defending the Right to a Healthy Environment through a statement published on the night of Monday, April 18.

According to file 884/2022 against FONATUR, FONATUR TREN MAYA, SEDATU and SEDENAthe suspension is for the effect of “suspending or paralyzing any act that has as its purpose the continuation of the construction of section five, southern sector of the Mayan Train Project -with a line from Playa del Carmen to Tulum, Quintana Roo-“, cites the release.

Read more: It is to be celebrated that the Covid-19 pandemic is losing strength in Mexico: AMLO

Therefore, the works of the Mayan Train related to the construction, infrastructure, removal or destruction of the biodiversity of the area, as well as any other activity that implies its material execution, will not be allowed.

By granting the provisional suspension, the First Court of Yucatan recognizes the legitimate and suspension interest of the divers, that the measure is not against public interest and order, as well as that it is appropriate to suspend by precautionary principle because there is no manifestation of environmental impact.

However, the resource does not imply the suspension of administrative procedures related to the works of the Mayan Trainsuch as obtaining environmental permits or other items, the preparation of budgets and projects, as well as any other administrative act without impact or material execution in the section 5 area.

The judge clarified that the suspension is mandatory for both federal government agencies and private companies hired to carry out construction work on section 5, south sector, of the Mayan Train.

On April 22 at 12:05 p.m., the incidental hearing will be held in which the judge will decide whether or not to grant the definitive suspension against the works of the Mayan Train from Playa del Carmen to Tulum.

The complainants, who are a group of professional divers, assured “under protest to tell the truth” that at the last moment the original layout of section 5 was modified, as a result of a lack of planning and studies related to the karstic soil that prevails in the region. , in addition to the lack of environmental impact studies.

For example, they pointed out that there is deforestation in the areas of Playa del Carmen, Tulum, Río Secreto and Akumal, where no studies were carried out on the type of soil, rescue of flora and fauna, and environmental impact manifestations.

Read more: AMLO’s reform of the mining law to nationalize lithium goes to the Senate

On March 28, a group of Mexican artists, including Eugenio Derbez, Natalia Lafourcade, Kate del Castillo, Regina Blandón, Bárbara Mori, among others, participated in a social media campaign called #SélvameDelTren, in which demonstrated against the change of route in section 5 of the Mayan Train.

In response, President Andrés Manuel López Obrador accused the celebrities of obeying groups of vested interests, and acknowledged that said Mayan Train route in Quintana Roo presented legal complications, although he stressed that “they already have the right of way almost everywhere the section from Cancun to Tulum”, which is divided into two parts.