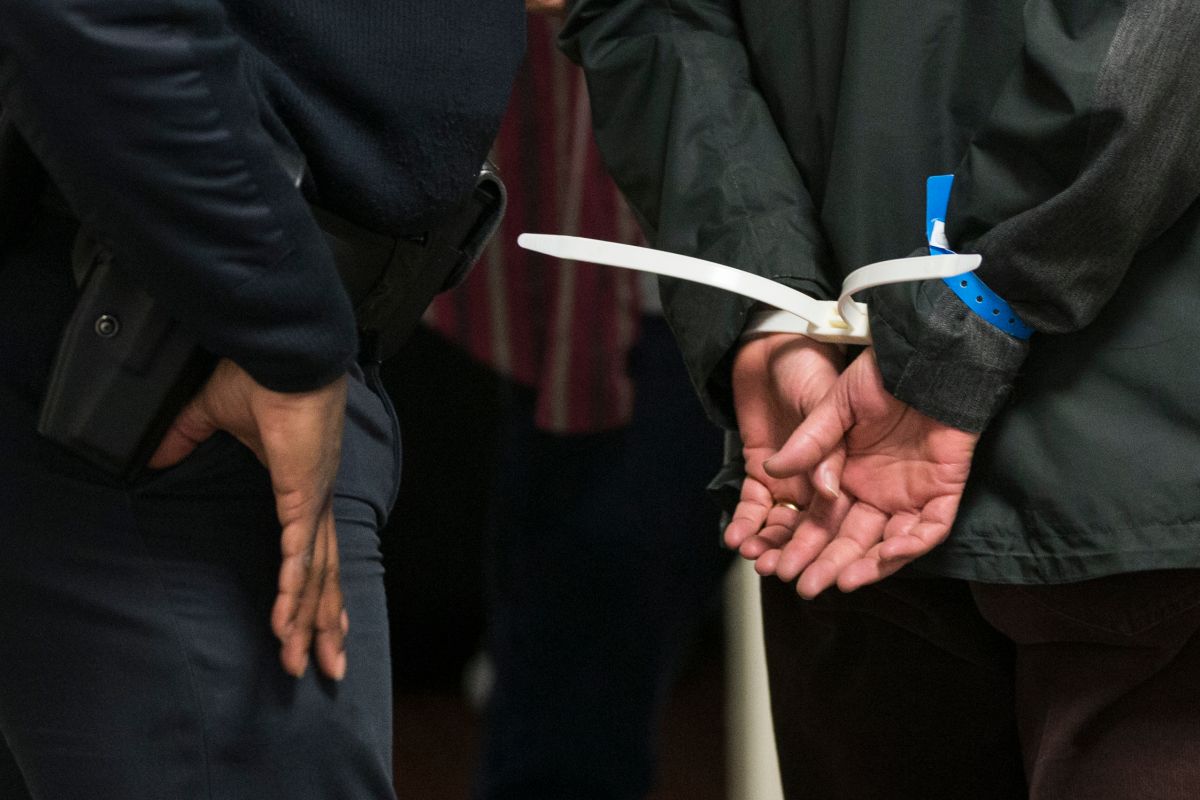 Gaddy faces up to 15 years in prison if convicted – Photo: ALEX EDELMAN/AFP/Getty Images.

The subject accused of hijacking an MTA bus with a fake gun was held on bail Saturday by a Queens judge who set bail at $500,000.

The suspect, identified by police as Dwayne Gaddy, 44, of St. Albans, was charged with grand larceny, robbery, reckless assault, and other charges against him.

The criminal complaint shows that the suspect ran in front of the Q4 bus on Linden Boulevard in Cambria Heights around 7:30 a.m. Thursday morning, yelling the following, “Let me on the bus. They’re trying to kill me!”

According to the complaint, he then pointed a fake gun at the bus, prompting the driver to let him on.

Gaddy was walking back and forth across the aisle of the transport vehicle brandishing his weapon, police reported. The bus was carrying about 30 people.

When the defendant put the gun in his pants, the bus driver, Warren Jones, slammed on the brakes, opened the doors, and ordered the passengers to get off, authorities said.

With a gun in hand, Gaddy instructed the driver to make turns to avoid his suspected enemies, including an elderly passerby walking down the street who he said had a gun and was trying to kill him.

After driving for more than a mile, Jones managed to jump out of the driver’s side window while the vehicle was still moving.

The offender, alone on the bus, lost control and crashed into a power pole in front of a Cambria Heights school.

According to the criminal complaint, Gaddy told officers that no one should have been alarmed by his actions.

“I did not point a gun at anyone,” Gaddy stated. “He [the bus driver] said, you have a gun, and I said it’s not a real firearm.”

“He jumped out the f***ing window. He had no reason to be scared.”

“The alleged actions taken by this defendant not only endangered dozens of commuters but also further undermined our sense of safety when using public transportation,” Queens District Attorney Melinda Katz said in a press release.

The suspect has a history of psychological problems, police sources stated.

Gaddy faces up to 15 years in prison if convicted.