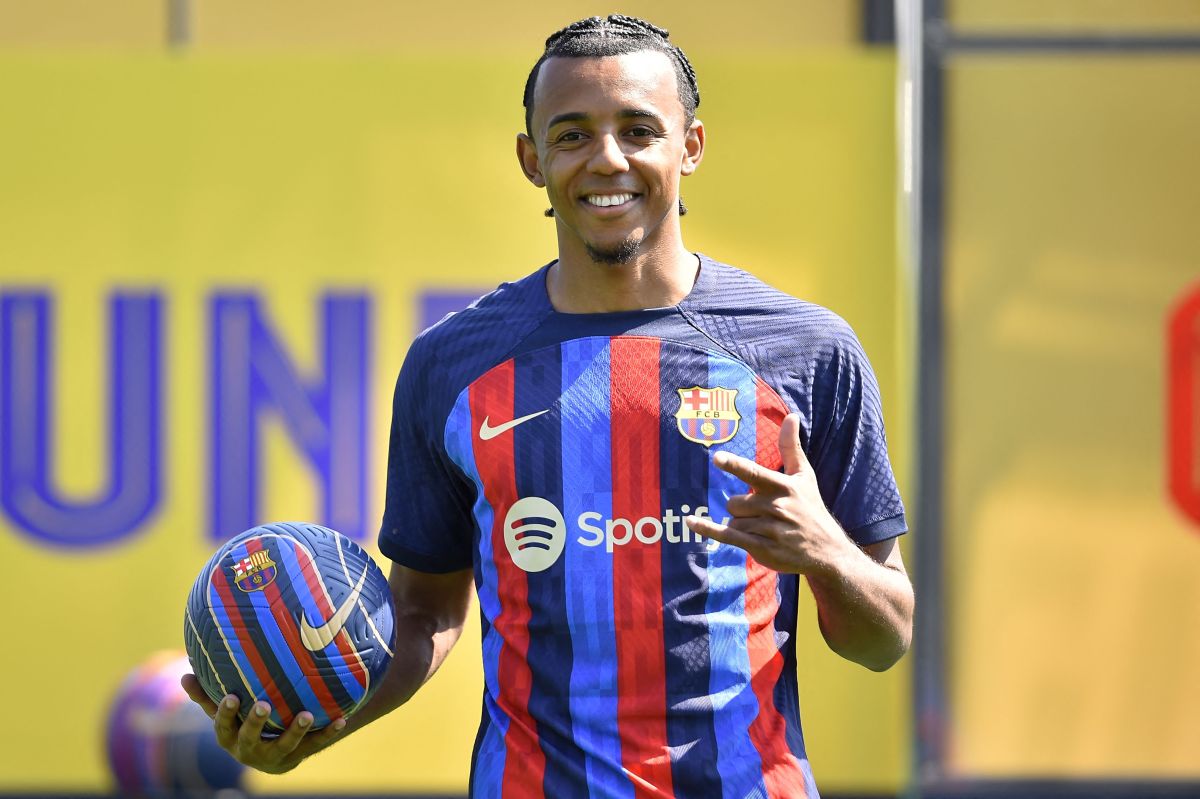 The French Jules Koundé was officially presented as a new player of the FC Barcelona this Monday in an act that was present the president Joan Laporta and in his first words; the young central defender reiterated that he chose the Barcelona because his wish was to be in Barcelona and stay in the Santander League.

Koundé signed with the Catalans a few days ago, after long negotiations. Later, he attended the Sport City to undergo their respective medical examinations to complete their transfer.

“It is true that I had another offer. The effort was to hope that Barcelona could reach an agreement with Sevilla. When I felt that this was possible, I chose Barça because I was very clear about where I wanted to go. It is an ambitious club and I like La Liga. It wasn’t such an effort either because I wanted to get here.” Koundé commented.

“I am very happy and proud to come to this club. I am very grateful to the president, to the fans. They have shown me a lot of love. I only have to train hard and win, of course. I will try to speak Catalan in a few months”continued the French.

Despite the fact that Sevilla had everything agreed with Chelsea FC, the last word was taken by the French defender who at no time denied his desire to land in Barcelona. In addition, he also gave merit to the call from Xavi Hernández, who convinced him with a great sports project.

“I spoke with Xavi, the conversations were fluid. I felt his affection, I really wanted him to come, and this is important to me. He has asked me to do what he did at Sevilla: get the ball out, be aggressive”, Koundé continued.

The signing of Koundé assures the FC Barcelona have a defense for the next ten years, because he is 23 years old, like the Uruguayan Ronald Araujo; while Eric Garcia is 21 and Andreas Christensen he is the oldest with 25; leaving aside Gerard Piqué It is in its exit stage.

In short, the manager Xavi Hernandez You can rest easy, because you have all the tools to have a good defense. Without forgetting that, the competitiveness is great for this season.

“Competition is good. The coach will decide, I’m not worried. Here I have to grow, I’m still young, and help the team at all times because of what the coach is going to ask of me. I see it well and I’m looking forward to it. It is a challenge”, the center finished.

In this way, the FC Barcelona presented his fifth reinforcement of the coming season and now prepare what will be one of the most anticipated moments for the Catalans, since on August 5 Robert Lewandowski will step on the Spotify Camp Nou for the first time with the azulgrana uniform.