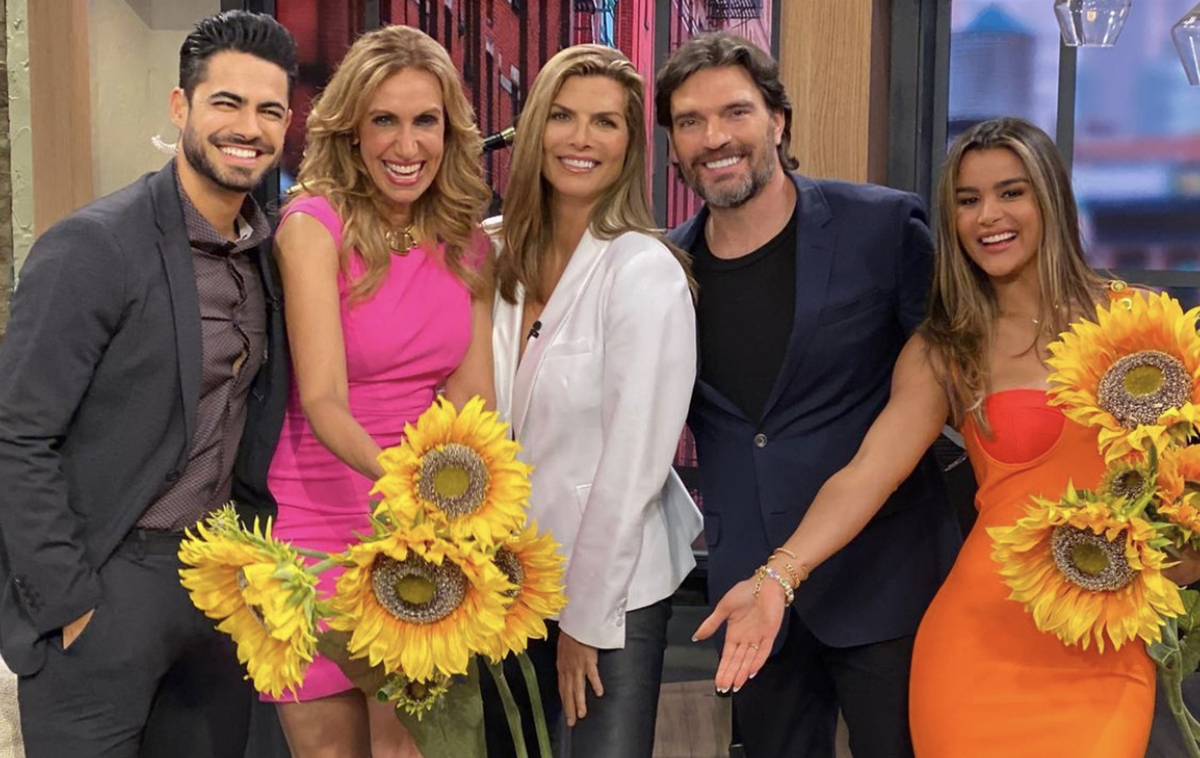 Julián Gil shot Belinda: “You have to be very unlucky to find her on your wedding day.”.. From guest driver in ‘El Gordo y la Flaca’ as Raúl de Molina is on vacation againThe actor and presenter made it very clear what he thinks of Christian Nodal’s ex.

Beside Lili Estefan presented a news combo of the exes: Belinda in Monterrey giving advice and blessing to a couple who were going to their wedding, and they crossed paths at the hotel. The presentation where the recently moved to Spain she lowered her blood pressure and asked the audience to continue singing while she sat down for a while.

And Nodal’s tearful confession in the middle of a concert asking for empathy for him, a 23-year-old who assures that he is not an example of anyone but a guy who lives like any other.

Given all this, Julián wanted to give his opinion and began by saying: “I feel that Belinda hurt him a lot in the sentimental part“, referring to Nodal, and his reactions since he ended his commitment in February.

Julián followed, and went straight to meet the fan who was about to get married when he met Belinda in the hotel lobby: “They salted this poor girl, how are you going to ask Belinda for her blessing?… You have to be very unlucky to meet Belinda at your wedding“.

And finally, he did not miss the almost fainting of the singer in his presentation in the sunlight: “Do you think that’s true?”, he questioned Lili and continued: “If you feel bad you leave and that’s it, very dramatic, I don’t connect with her“, he sentenced.

To all this La Flaca, a little more political, and preferred to listen to him, support him in some thoughts, and in others just act ‘as if the Virgin were speaking to him’, that is, looking the other way so as not to commit.

• “I’m not going to leave until I pass out,” said Belinda when her blood pressure dropped at Machaca Fest

•VIDEO: Belinda runs into some newlyweds, gives them her blessing and went viral