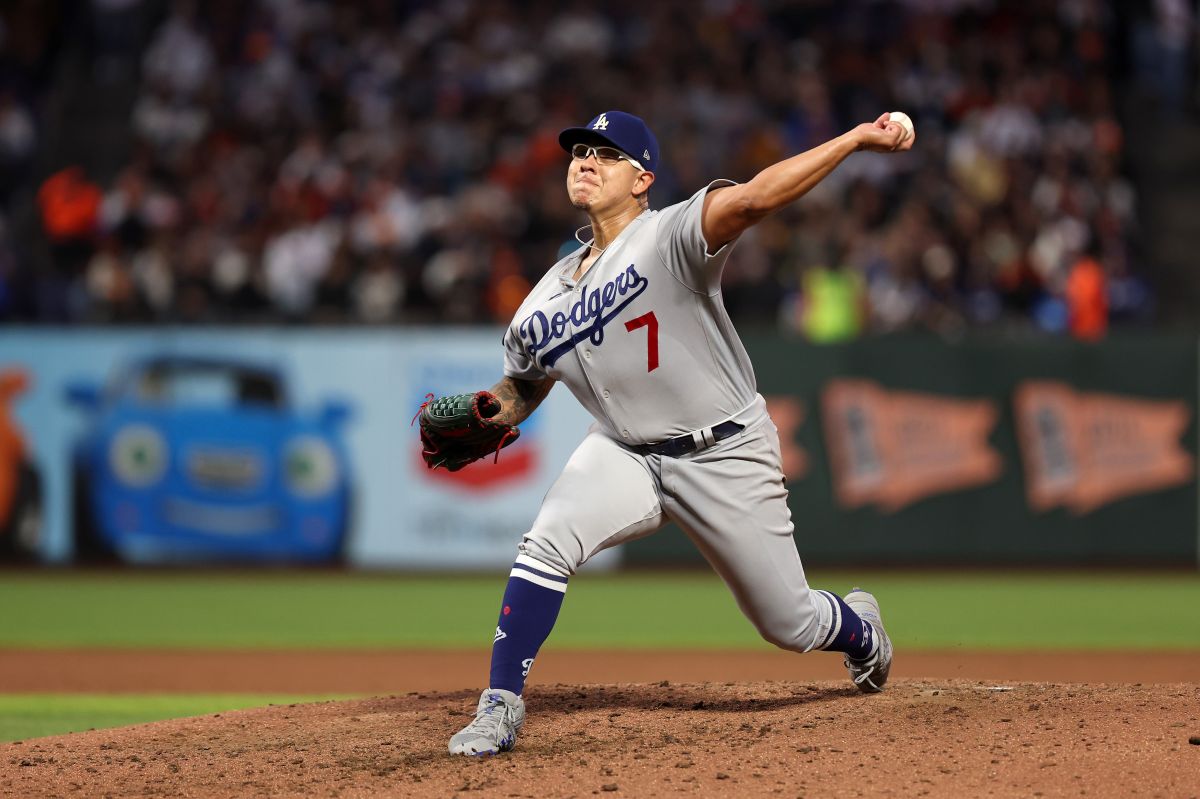 Mexican pitcher Julio Urías shone on the mound with the Los Angeles Dodgers on Wednesday night to take his 11th victory of the season and shut out the San Francisco Giants.

The Dodgers got the first run in the second inning on a double by rookie Miguel Vargas, who had his first major league hit in his debut in a Dodgers team uniform.

In the fourth inning, the Dodgers extended their lead to 2-0 thanks again to an infield hit by Miguel Vargas, who had two runs and two hits on his first night in the Majors.

Urías was perfect for 3 2/3 innings until Brandon Belt hit him with a long double to right field. In the sixth inning he had complications after two consecutive hits, but he resolved them after dominating Yermín Mercedes and ending the chapter.

The Mexican went out to pitch in the seventh inning but they gave him three consecutive hits without being able to get any out so they took him out. Evan Phillips relieved and did it masterfully after striking out Dixon Machado and then hit a double play that ended San Francisco’s threat.

Culichi finished his day with 6 innings of work, 7 hits allowed and 6 strikeouts without runs to mark a great opening against his staunch division rivals. Mookie Betts drove in the third run of the match with a sacrifice fly that ended up giving him the lead for good.

The Dodgers’ relief corps was in perfect form. Yency Almonte served the eighth inning with no problems and the ninth inning was made by Craig Kimbrel to have the game saved.

With this victory, the Dodgers increased their record to 71 wins and 33 losses, which makes them the best team in the Major Leagues this season. This Thursday they will finish their three-game series against the San Francisco Giants and then they will play against the San Diego Padres of Manny Machado and Juan Soto.