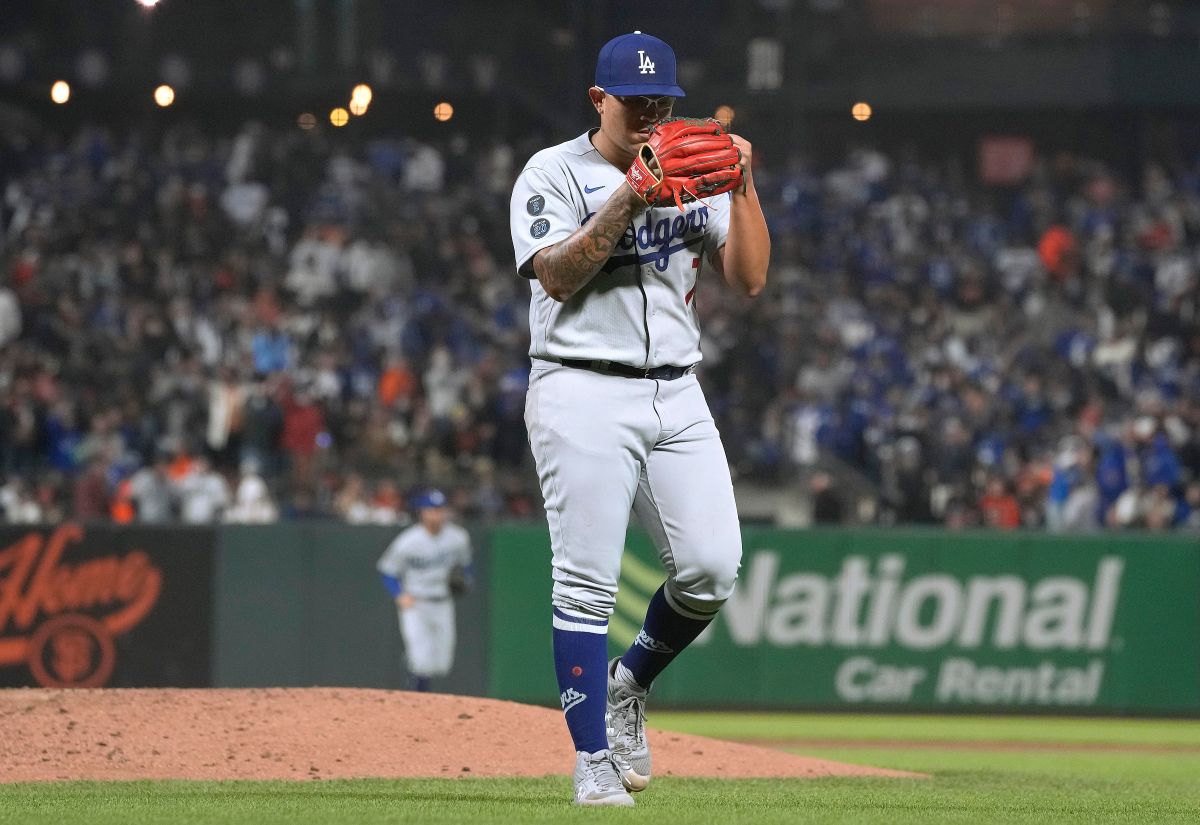 Over and over again during the season Julio Urías has appeared to heal the wounds of the Los Angeles Dodgers after some painful loss or losing streak. The Mexican pitcher did it again this Saturday in one of the most important games of 2021.

The Mexican Urías only accepted 1 run in 5.2 innings and became the first pitcher in the Big Top to reach 16 games won. The Dodgers beat the San Francisco Giants 6-1 to tie the crucial weekend series at Bahia and overtake them for the lead in the NL West Division.

Both teams went 86-50, the best in all of baseball. One of them will win the West and the other will have to play a life or death wild card game. This is why the game was so important.

The Dodgers came into the game hurt by Friday’s loss when they fell on a defensive error in the 11th inning after second baseman Trea Turner took a slightly inaccurate shot at Will Smith, the regular catcher who was at first baseman after multiple moves in a game that was crazy.

Saturday, Turner opened the game with a home run across center field. against starter Jay Jackson to overtake the Dodgers and set the tone for the night.

Served it up on a Trea. pic.twitter.com/Y2daPD2Bh4

In that same first inning, Corey Seager drove in with a sacrifice fly and AJ Pollock made it 3-0 with an RBI double.

So Julio Urías jumped onto the hill with a three-run mattress and proceeded to do his usual solid work as it has been all season. The only run he allowed was by a double from Buster Posey in the first inning.

Posey hit Urías three times, but the southpaw managed to get out of trouble by pitching with cunning and excellent control. Julio, now 16-3, spaced 8 hits, struck out 8 and did not walk. His ERA is 3.11. Four Dodgers relievers completed the night.

Urías, who has been leading the majors in wins for several weeks, may still be a candidate to win the National League Cy Young Trophy, as his compatriot Adrián González once predicted. To achieve this you will have to deliver a very special September.

For now The Cy Young favorite is a teammate of Urías, Walker Buehler, who has numbers of 13-2 and 2.05 earned runs.. The right-hander will start in Game 3 of the series in San Francisco.

In addition to his patient performance of 96 pitches in a difficult stadium, Urías made two sacrificial touches. The Mexican is one of the best hitting pitchers in MLB (.204 average).

Seager, who had four hits on Friday, sealed the win with a home run in the ninth inning for the Dodgers.