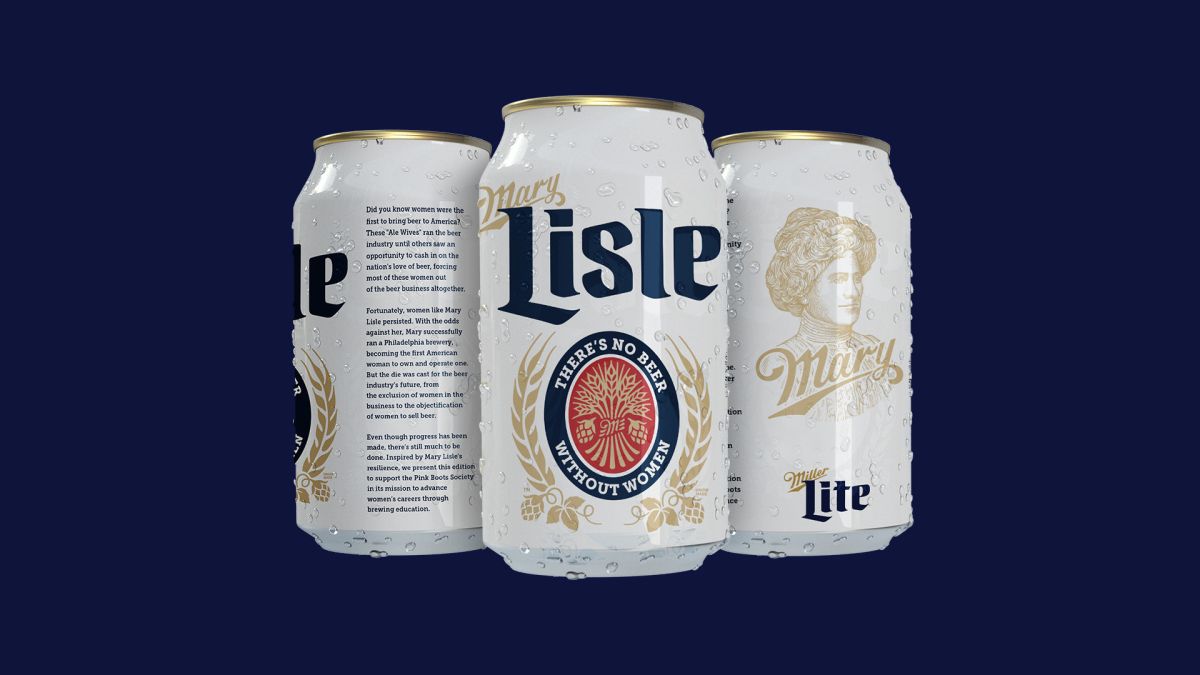 This year Miller Lite is releasing a limited edition can to celebrate the 4th of July and remember the group of women called “Ale Wives”, who were the true unsung heroines who brought beer to America.

For this 4th of July, Miller Lite reimagined its iconic design to celebrate the pioneering impact women have had on beer. with the limited edition Mary Lisle tin, inspired by the first registered female brewer in the country and his groundbreaking contributions to the American brewing industry.

In 1734, Mary successfully ran a brewery in Philadelphia, becoming the first American woman to own and operate a brewery.. But over time, women were squeezed out of the industry as others saw an opportunity to cash in on the nation’s love of beer, forcing most women out of the business altogether.

“When people think of beer, they think of men; there are very few people who realize that In America we have women to thank for beersaid Elizabeth Hitch, senior director of marketing for Miller Lite. “There’s no better time to celebrate and return women to the beer history books than on America’s Biggest Beer-Selling Weekend.”

In honor of the breweries of the past, present and future, Miller Lite will also donate $5 from any box purchased online through Drizly or Instacart between June 27 and July 4 to Pink Boots Society (up to a max. total donation of $250,000).

“Women played a critical role in bringing beer to America as the first female brewers here and are often underrepresented in the industry,” said Erin Wallace, board member of the Pink Boot Society, “That is why our mission at Pink Boots Society is help, inspire and encourage women and non-binary people in the fermented beverage industry through education is so important and could not continue without the generous donations from brands like Miller Lite and fundraising.”

Interested drinkers can visit millerlite.com/marylisle for a chance to win a limited-edition Mary Lisle two-pack from June 22-July 4. The can will also launch in Lisle’s hometown of Philadelphia on June 30 and fans can go here for more details.