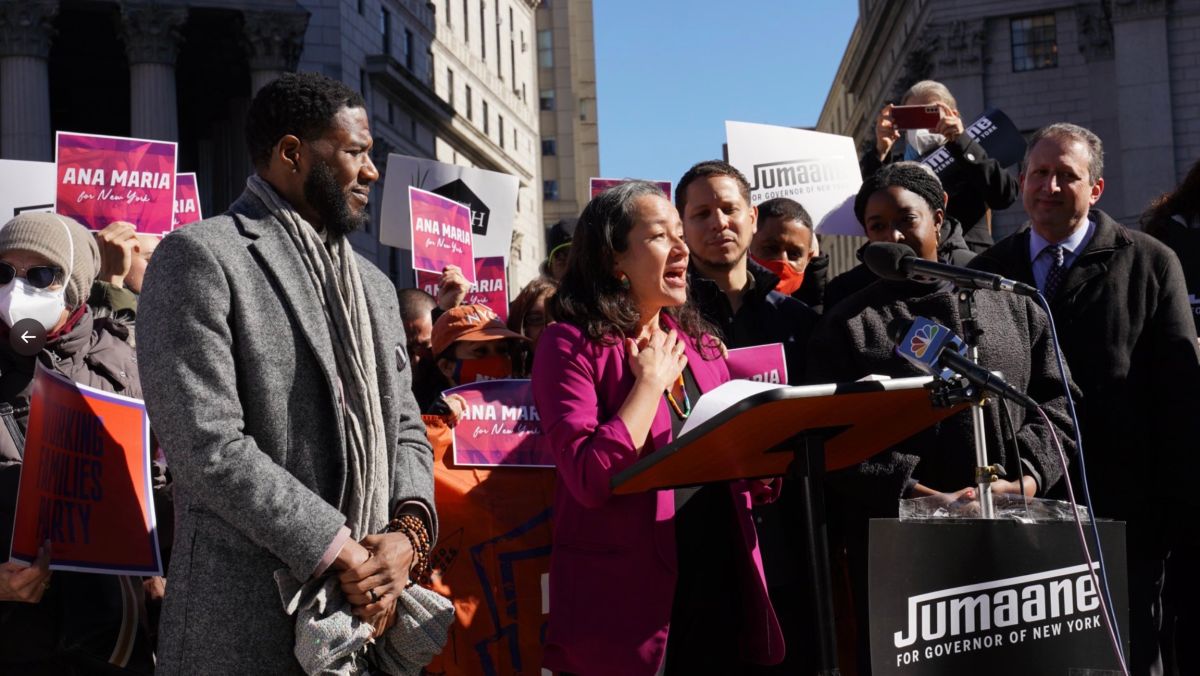 The Democratic candidate for Governor of New York Jumaane Williams presented this Monday the Hispanic activist Ana María Archila as her partner in contention and who will compete with him for the position of lieutenant governor. In this way, Williams completes her team to compete in the elections Democratic primaries on June 28 against current President Kathy Hochul and Lieutenant Governor brian benjamin.

Introducing his running mate at an event in ‘Foley Square’ in Lower Manhattan, Williams stressed that Archila is a Colombian immigrant who came to this country at the age of 17and has become a state and national leader in the fight for immigrant rights, workplace justice, LGBTQ equality, and women’s rights.

Williams, who currently serves as Ombudsman of the Big Apple, noted that in one of the best decades the American economy has ever recorded, “New York families were bled dry by building owners, hospital administrators, university treasurers and child care centers. Those interests have had a foothold in albany for too long, which is why we need a lieutenant governor like Ana Maria, who has always been up against a status quo that doesn’t work for New Yorkers.”

Archila is a co-founder and has co-directed several New York-based progressive organizations, including Make the Road NY, and William noted about her: “She has spent her entire career fighting the uphill battle to support and uplift ordinary people, and she has won. Together we will make the change that is needed to make New York more affordable, livable and equitable for all families.”

And this very Monday, this duo of progressive Democrats, Williams and Archila, received the endorsement of the ‘New York Working Families Party’.

“I’m running because it’s too hard right now for too many people across our state, too hard to pay rent, too hard to feed our families, and too hard to get the health care we need. After four years of Trump and two years of the global pandemic, we still have a Governor and a Lieutenant Governor who serve the interests of billionaires and large corporations,” Archila said, adding that New Yorkers “deserve leaders who put working people First of all, face the moment and fight for a real transformation.”

Among some of Archila’s actions in recent years, one from 2018 stands out when he confronted former Arizona senator Jeff Flake about the controversial Supreme Court nominee Brett Kavanaugh. The following year, she joined Rep. Alexandria Ocasio-Cortez as the guest of honor at the 2019 State of the Union.

“Ana María is a brave and fierce advocate for women, immigrants and working New Yorkers. If we want a future with universal health care, universal child care, affordable housing for all, and a green economy, we need Jumaane Williams and Ana María Archila at the helm. Our party could not be more excited to support this bold and powerful bid,” she added.