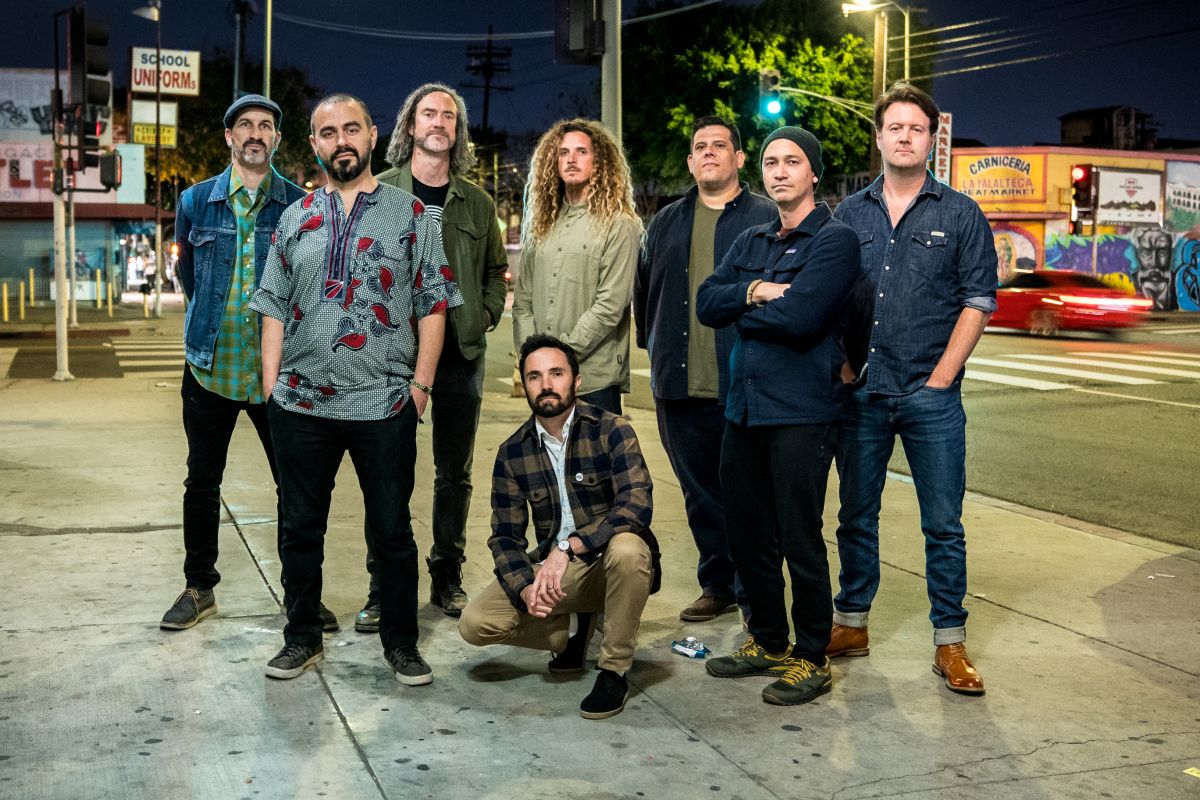 Local band Jungle Fire arrives as one of the opening acts this Saturday at the Hollywood Bowl Jazz Festival with their load of Tropifunk, an energetic fusion of Latin funk, African pop and other rhythms inspired by sounds of the 70’s.

Originating from the Los Angeles underground scene, Jungle Fire gained acceptance from local parties to their first single ‘Comencemos’, in 2011, a cover of one of their most influential role models: Fela Kuti, the iconic and controversial Pan-African artist and activist.

Acclaimed by several British DJs, they first jumped into the public eye with ‘Firewalker’ and in 2014 a first LP called ‘Tropicoso’ with Nacional Records; then, the album ‘Jambú’ which reached fourth place on the Latin Billboard charts and later the musical band of the tape “How to be a Latin lover”, with Eugenio Derbez and Salma Hayek.

But the pandemic arrived and with it the inexorable halt to musical activities, tours of Europe and Latin America, and presentations in California and Texas that until now had been part of his usual agenda.

That is until now as the Hollywood Bowl opens its doors to these multi-ethnic performers to kick off summer, offering a golden opportunity to hear something different.

“What happens is that we like the music we make; we don’t do it thinking of being commercial”, says Alberto López, a percussionist of Colombian origin who has participated for 20 years in the Los Angeles music scene and is part of the group along with Steve Haney (percussion), Sam Halterman (drums), Joey Reina (bass), Sam Robles (baritone sax and flute), Judson McDaniel (guitar), Patrick Bailey (guitar) and Sean Billings (trumpet).

Its secret sauce is really the cultural diversity of the influences of its members, who bring in their sound the broad musical spectrum that this artistic laboratory called LA has had for quite some time.

And its key may also be a way of escaping for a while from the omnipresent urban/reggaeton genre that floods the musical world these days.

“There is a lot of good music out there, but people don’t leave their screens anymore… What about the media?” López wonders about the phenomenon. And he sentences: “You have to go out and talk to people, go to clubs.”

Jungle Fire will share the stage with The Roots, Gregory Porter, Femi Kuti, Fantastic Negrito, José James, Terri Lyne Carrington and Cory Wong, among others, who will perform at the traditional Hollywood Bowl Jazz Festival this Saturday, June 25 and Sunday, June 26.

“Come and enjoy our deliciousness,” López invites those interested in anticipation of an unforgettable afternoon.