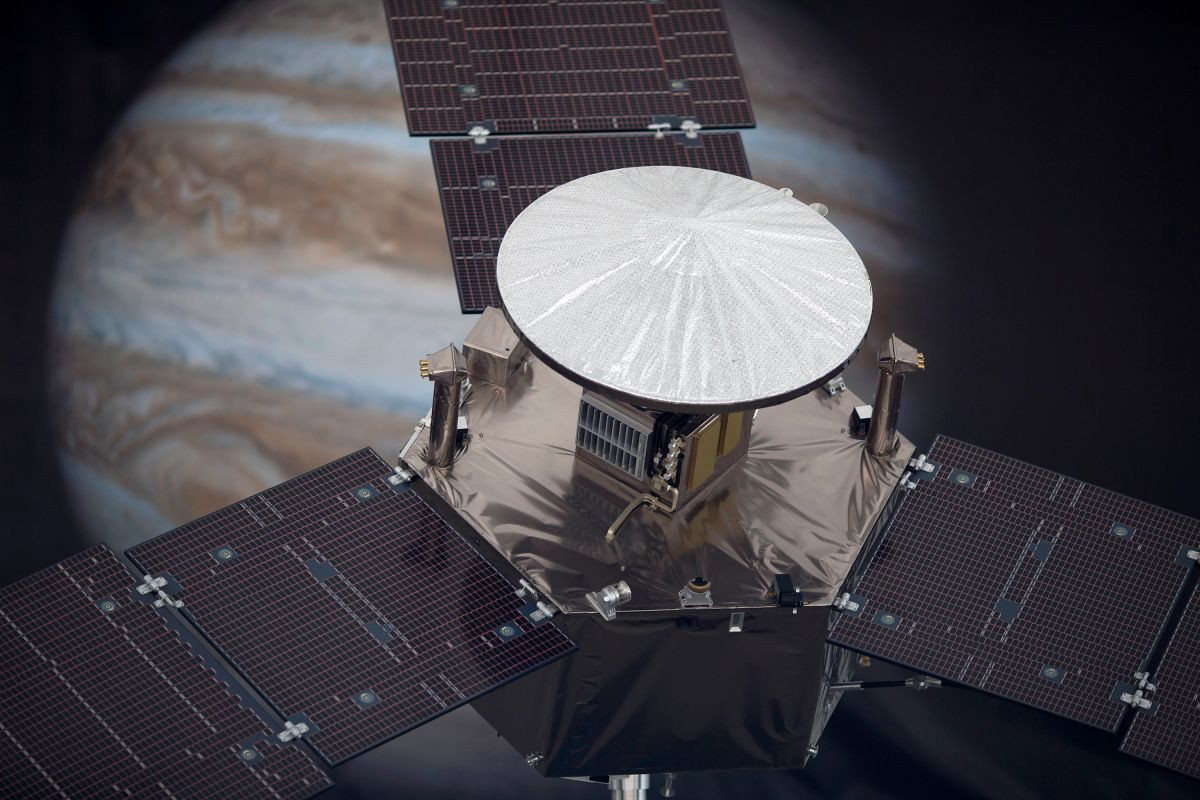 New studies of Jupiter from data sent by the Juno space probe indicate that the Great Red Spot on the largest planet in the Solar System is deeper than previously believed. The storm in the gas giant’s atmosphere formed more than 300 years ago and continues to spin with winds of more than 400 kilometers per hour, twice the strength of any hurricane that ever existed on Earth.

The storm’s vortex extends up to 300 miles deep within the planet, nearly 100 miles more than previous studies revealed., according to the report published in the journal Science. The red spot even forms a 10,000-mile disk in the atmosphere and the depth of the storm goes beyond where the sun’s rays can penetrate the planet.

The researchers also found that cyclones on Jupiter are warmer at the top and colder as it moves down the vortex, unlike anticyclones (which spin the other way) whose temperatures rise at the bottom and are cooler. cold as they reach the atmosphere and are visible.

So far, the researchers are not very clear about how and why cyclones form on Jupiter, but the latest study offered some clues in this regard.

“By tracking ammonia in Jupiter’s atmosphere, we found circulating cells in the northern and southern hemispheres that are similar in nature to ‘Ferrel cells,’ which control much of our climate here on Earth,” he told AccuWeather. Keren Duer, a student at the Weizmann Institute of Sciences in Israel. “While Earth has one Ferrel cell per hemisphere, Jupiter has eight, each at least 30 times larger“.

The Juno space probe, which was launched in 2011, has been orbiting the gas giant of the Solar System since 2016. The data it collects, as well as photos and videos continue to help scientists solve mysteries related to Jupiter and its stormy atmosphere.

Juno’s mission is expected to last until 2025 after two consecutive extensions agreed to in 2021..

Read also:
-VIDEO: A meteorite fell on the bed of a lady in British Columbia while she slept
–Meteor shower and lunar eclipses: the astronomical events that you cannot miss
–Scientists discover water in a galaxy 12.880 million light years from Earth