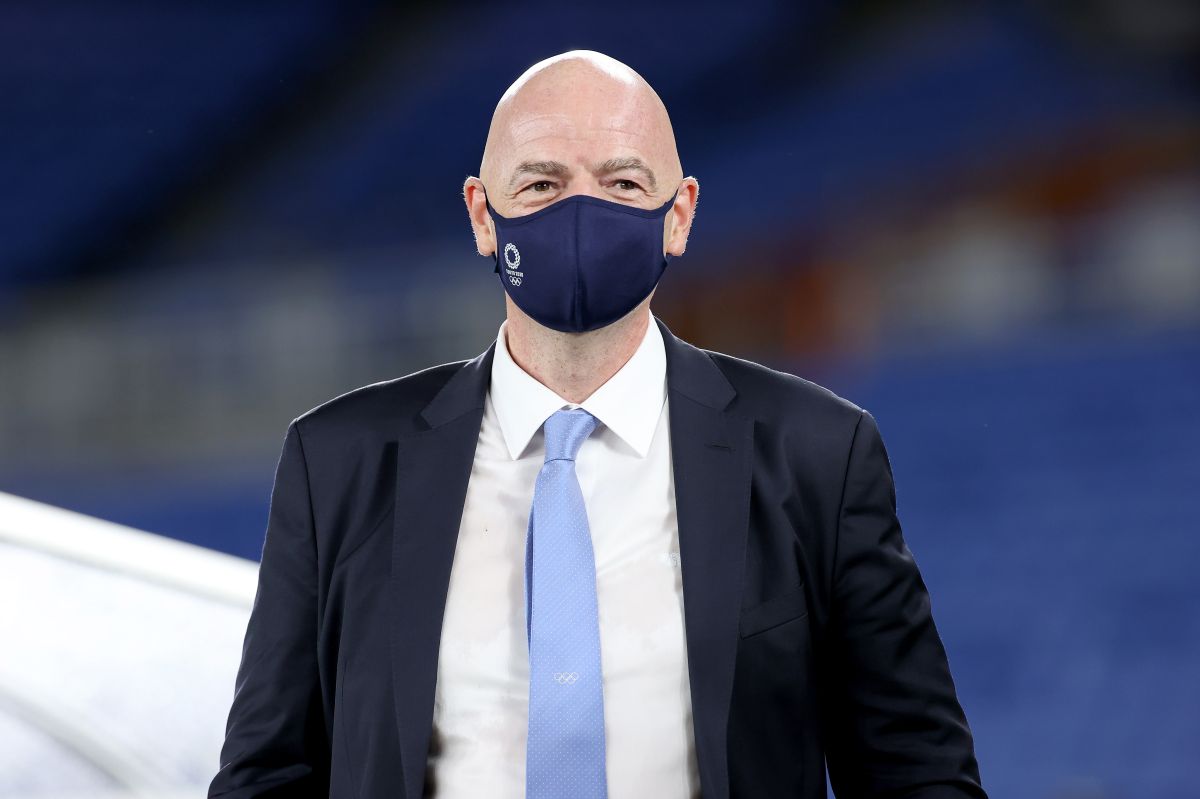 The United States Department of Justice has awarded compensation of $ 201 million to the FIFA Foundation “for the losses suffered by Concacaf, CONMEBOL and FIFA itself as a result of several decades of corruption schemes in football” and “in compensation for the criminal activities of several former officials“, Reported this Tuesday the highest body of world football.

The United States Department of Justice has awarded the sum of USD 201 million to the FIFA Foundation as compensation for the losses suffered by FIFA, Concacaf and CONMEBOL as victims of decades of football corruption schemes.

“The sum was stolen from the bank accounts of former officials involved for years in football corruption schemes for which they were prosecuted.“, Explained FIFA in a statement in which it announced that said compensation will go to the newly created World Soccer Forgiveness Fund,” established under the auspices of the FIFA Foundation to finance projects that positively influence communities around the world. ”.

Money in FIFA will be in good hands

This Fund will focus on youth and community programs and will allocate specific amounts to Concacaf and CONMEBOL projects to alleviate the “tremendous damage” suffered as a result of corruption schemes. “In addition, all projects will be rigorously supervised with audits and compliance controls that guarantee full transparency and accountability,” added FIFA.

“I am delighted that the illegally stolen money is now returning to football to fulfill its true purpose, its intended purpose from the beginning,” said FIFA President Gianni Infantino after hearing the decision of the United States judicial authorities, at the who expressed his “most sincere gratitude” for the “speed and efficiency” shown in this case.

“I am delighted to see that money which was illegally siphoned out of football is now coming back to be used for its proper purposes,” Gianni Infantino says.

“Thanks to his intervention in 2015, we have radically changed FIFA from the toxic organization of those days to transforming it into a world governing body highly appreciated and trustworthy,” said Infantino, for whom the body he presides has already overcome “with You grow ”a period in its history that it defined as“ deplorable ”.

In his opinion, the 171 million euros made available to the FIFA Foundation “will benefit many people throughout the world of football, especially through programs aimed at young people and communities.”

The FIFA president highlighted that since 2016 they have maintained close cooperation with the United States Department of Justice, whose ruling recognizes “the important progress” that in his opinion it has made from the point of view of good governance and transparency. .

“Today we know that this money is in good hands at the FIFA Foundation and that it will be used for the purposes for which it is intended. On behalf of future beneficiaries around the world, I want to thank the American authorities for the trust they have placed in FIFA. We will ensure that these funds are used as they should be, and that they bring tangible benefits to the people who really need them, “concluded Infantino.