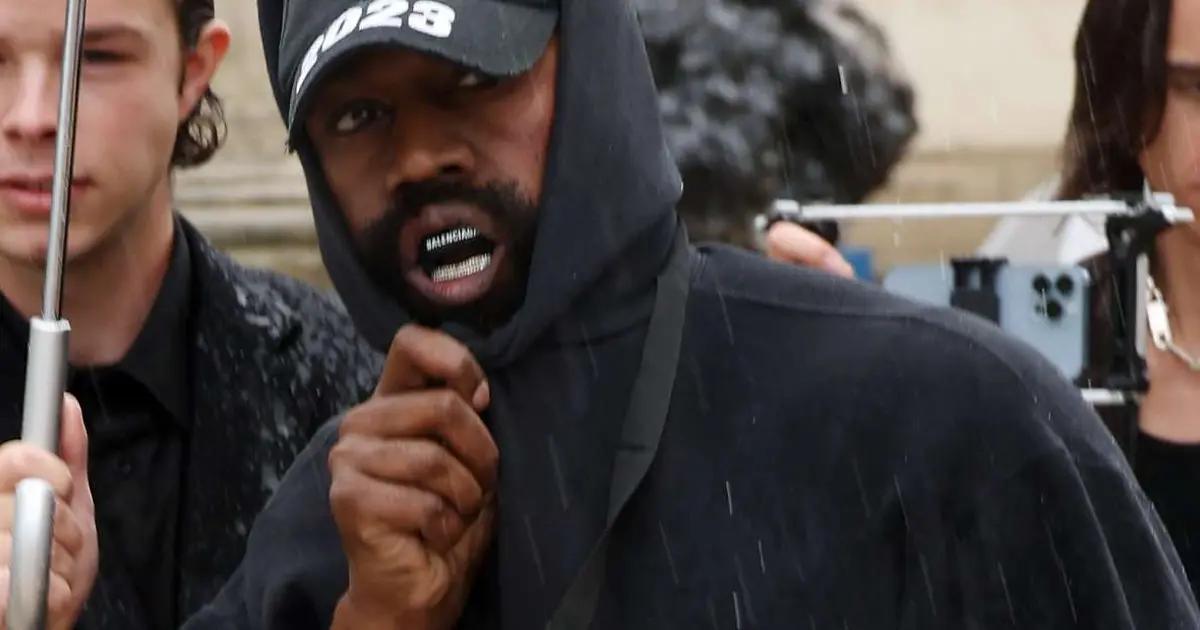 Kanye West’s life seems to be getting more complicated every day, and after he made anti-Semitic comments in public, most people around him expressed their discontent. The lawyer who defended and even left as ‘winner’ the actor Johnny Depp, Camille Vazquez, is one of them. But to this is added that the hip-hop exponent appeared with blood on the upper lip of his mouth.

For several days now, many doors have been closing for Kanye, including his contract with Kering, the parent company of French fashion house Balenciaga: “Balenciaga no longer has any relationship or plans for future projects related to this artist.” It is worth remembering that Kanye and the aforementioned brand maintained a close relationship and had partnered for the Yeezy Gap Engineered by Balenciaga collection, which sold with total success.

Just wearing a brand protector a few days ago, his mouth was seen with blood. It could be a product of the same product or a lack of hydration, as several media claimed.

In addition, Adidas, Gap, and Footlocker broke relations with the rapper. As if that wasn’t enough, he has been banned from Twitter and Instagram and was removed from this year’s Coachella lineup.

Now, a new controversy is added to this dark stage of Kim Kardashian’s ex and is that the lawyer Camille Vasquez will no longer represent him. According to TMZ, the connection between Kanye and Camille started very quickly and in the same way ended as a result of the artist’s anti-Semitic comments.

In conclusion, after his separation from businesswoman Kim Kardashian was announced, Kanye is assuming strong business breaks, which come after several contracts were annulled.

In addition to the unnecessary expenses, he has made after firing Shervin Pishevar, one of his most important financial advisors. “He” (Kanye) spends his money like water,” one of his friends told TMZ, raising concerns that his more than $2 billion is going down the drain.