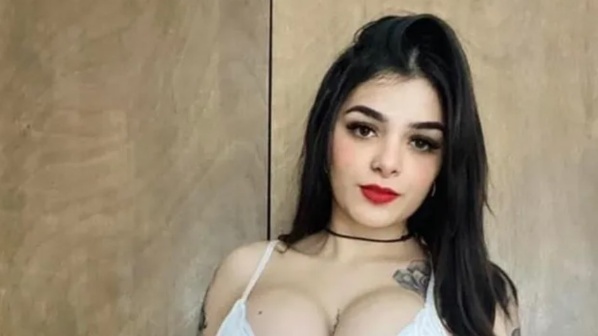 The beautiful Monterrey model Karen Ruiz He continues to give his fans something to talk about, because a few weeks ago he had announced that he would join the world of cosplay.

Reason why many of her followers who are fans of anime and manga were waiting for what the model could offer.

And although as we told you in AmericanPost.News, He has gone for a walk with Mafe Walker, it seems that he has not neglected his physical training and even wants to do it like Goku.

The Karely Ruiz cosplay that impacts everyone

What was promised is a debt for the influencer from Monterrey, since she had already said that she would enter the world of cosplay and did so in an iconic way, since she took one of the favorite animes from all over the world.

It was so that he dressed in the uniform of the Kame school, of the Master Roshi Yes! the same one who trained Goku Y Krillin of Dragon Ball.

Internet users immediately left their good wishes and praised the figure of the famous Monterrey native, their reactions left thousands of “likes” and hundreds of comments.

It may interest you: Karely Ruiz surprises her fans with a heart-stopping micro bikini

What did Karely Ruiz do before she was famous?

The famous star of the Onlyfans platform is becoming more popular every day on social networks, as he accumulates a total of almost 7 million followers, so he regularly shares photos of his outfits and tastes for his exclusive content on the adult entertainment platform.

However, before rising to fame as an influencer, Karely explained that she had to sell candy on the street due to the situation her family was in.

Some time later, she began to study nursing, a career that, although she liked it, she ended up leaving due to the income she began to make on the platform. Onlyfans.