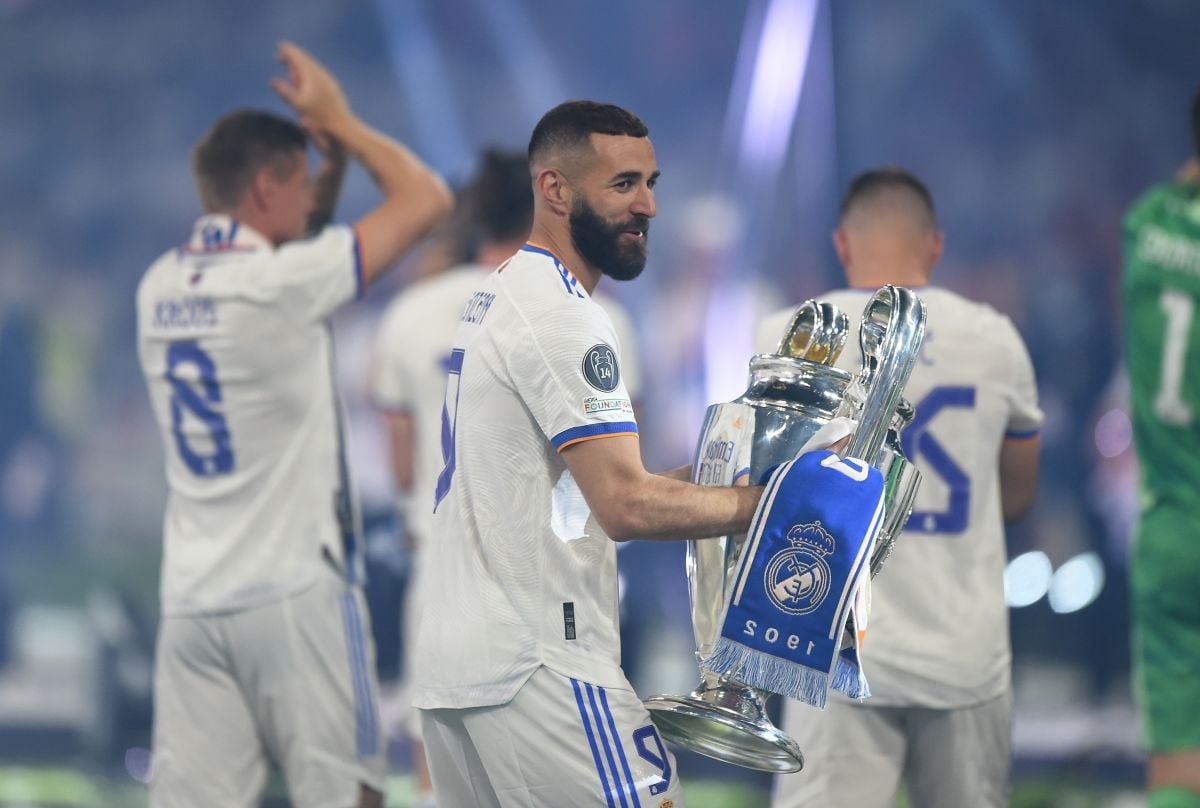 The real Madrid is preparing for what will be the final of European Super Cup against the German club EintrachtFrankfurt, who won the Europe League. As usual, the coach of each team and a star are in charge of talking at the press conference. On this occasion it was Karim Benzema, who reiterated that the meringues will give everything.

Being the two kings of the biggest competitions at the club level of Europe, no result is written. However, the French attacker is confident that the meringues will lift the cup in the Helsinki Olympic Stadium.

“The road was difficult. Every game was a battle and this is a dream that can come true tomorrow, it’s an important game for us and we’re going to try to win it, because we’re the European champions and we’re going to give it our all”Karim Benzema commented.

It is important to highlight that, Benzema He comes from living one of his best seasons with the merengue team where he was the leading scorer and the captain of the conquest of the fourteenth orejona in the club’s history.

Likewise, the Frenchman took the audacity to put aside his age and show that he is only a number when he is in full physical condition to face a new season of football on the old continent.

“I think there is no age, it is true that neither Modric nor I are young, but we work a lot with our bodies to be well. We have the ability to maintain a high level and we also have a new squad, hopefully better than last year.” the striker continued.

In this way, Karim Benzema and company, are qualified to win the first trophy of the 2022-2023 season and why not, start by being the European Super Champion once again in its history.