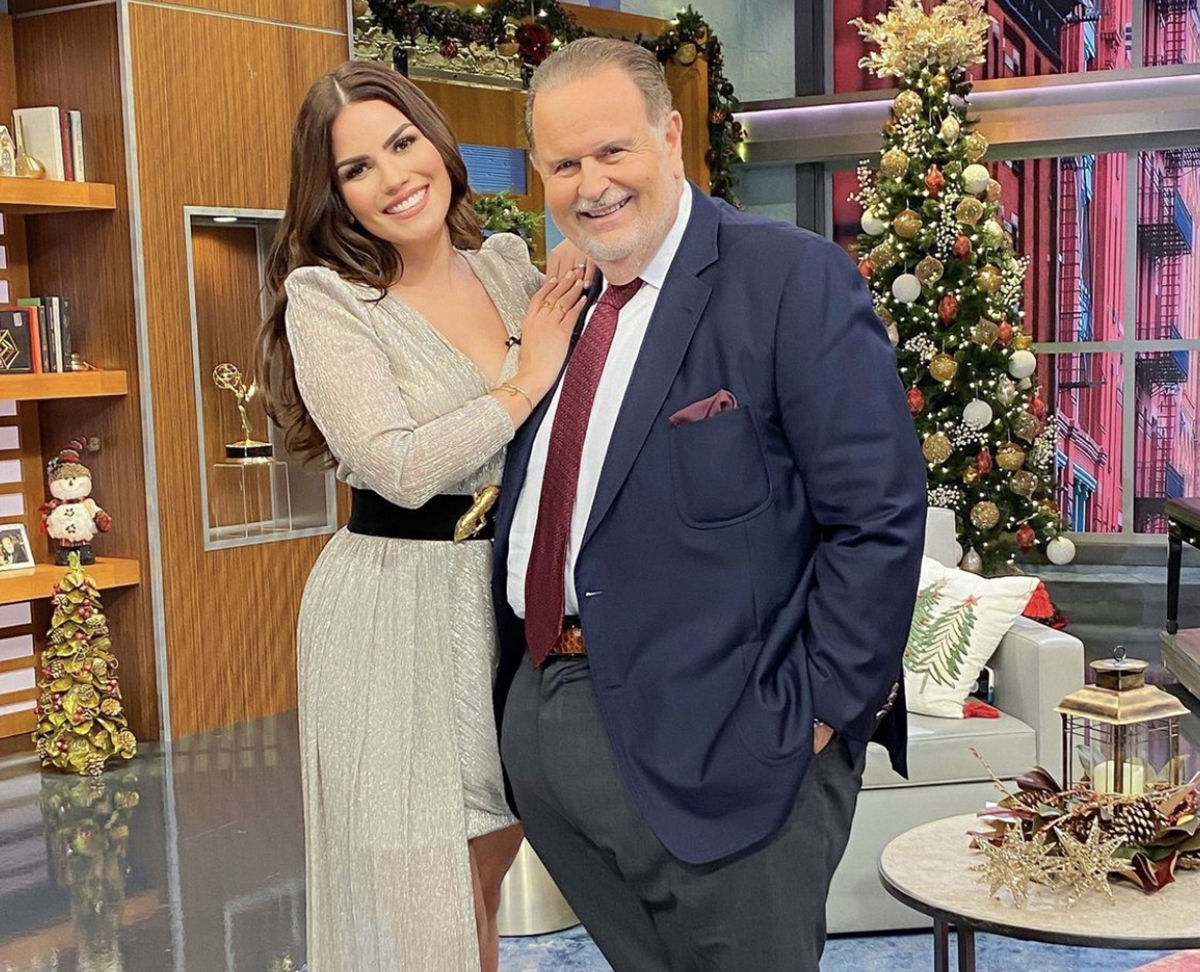 As she promised the day she said goodbye to the Univision’s afternoon show, Karina Banda returned to ‘El Gordo y la Flaca’… and ‘Enamorándonos’?

The journalist and presenter asked for a permit in the production of the show that seeks to form couples from UniMas, to replace Lili Estefan who took two days off. Taking advantage of the fact that the show had a special schedule, earlier than normal, Karina was able to fulfill both commitments.

As she explained herself, the permission they gave her for the show that she leads with Rafael Araneda, did not exempt her from missing, so once she finished with ‘El Gordo y la Flaca’, she has to run to the other set to fulfill her daily work.

How was she received on the Univision show? With everything! Raúl de Molina was waiting for her with flowers, he asked her about her present, her life and even her husband, Carlos Ponce, who is hosting at the moment ‘Por Amor o Por Dinero’ on Telemundo. There is even competition between the two, husband and wife.

De Molina also told her that everyone loved and missed her on the show, and that they were very happy that she was back, even for two days.

How did she reply? She promised to try not to scream or laugh too much. Although she was so happy that it would be a bit difficult for her.

Let us remember that in June it was announced that Karina Banda would be the one who would replace Ana Patricia Gámez in ‘Enamorándonos‘, after she resigned to dedicate herself to her family, her children and her businesses.

Since it became official, Karina began to say goodbye to what was her home for so many years: ‘El Gordo y la Flaca’, who saw her grow up and become famous in the United States.

A few months later she came back even more mature and triumphant than she left.

LOOK HERE HOW THE RETURN OF KARINA BANDA TO ‘EL GORDO Y LA FLACA’ WAS: