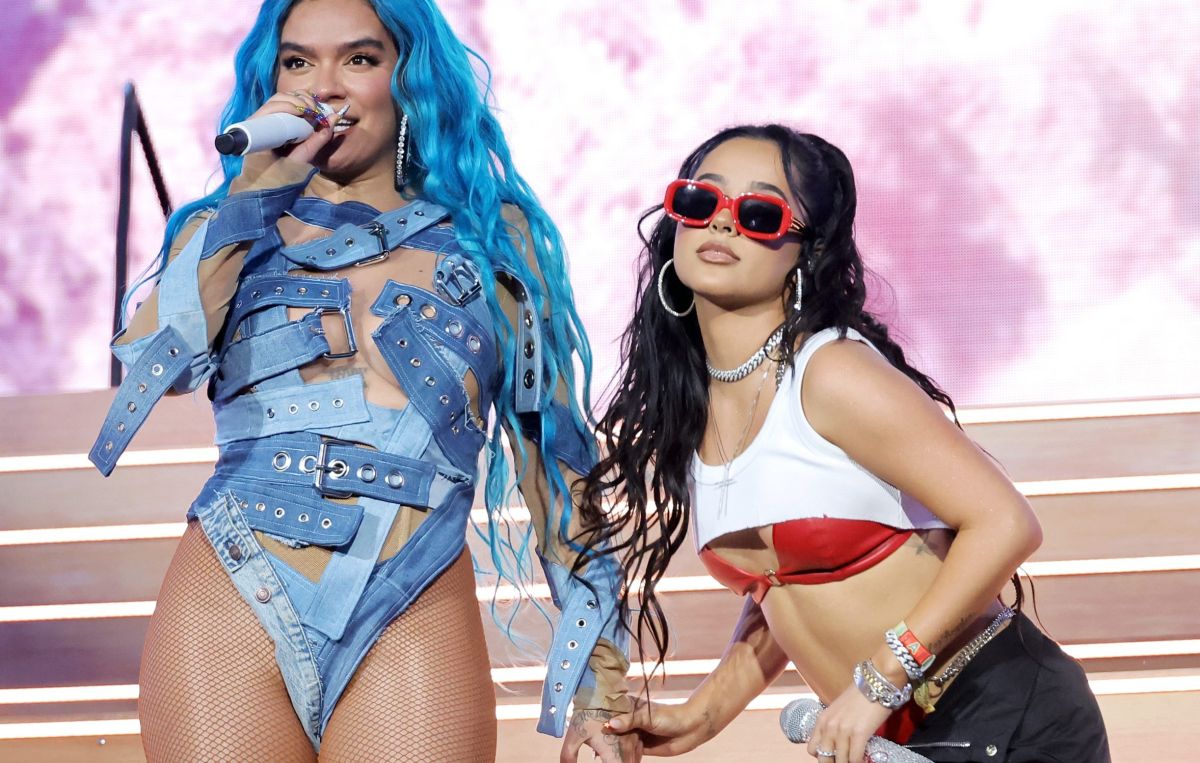 If there was a show so far that has left everyone speechless, it has been the majestic display of talent and production of the presentation of Karol G in Coachella 2022. La bichota had some guests, including her great friend Becky G with which she performed the hit “MAMIII” for the first time together live. Of course, just as La Bichota requested days ago, the beautiful Latinas left their “pantyhose” on display.

“I want to invite you to sing this song for the first time with Becky G“. The same one that came out with an outfit that left more than one drooling. Her sexy outfit was a red bra and a “pantyhose” of the same color in sight, because he had his pants open. Her minimal top was ripped to the middle of his bust. Karol G strolled along the stage in a blue jean bodysuit at the festival Coachella 2022.

When Becky G mentioned the name of Karol G as a sign of gratitude for the opportunity to sing in Coachella, La Bichota I call her: “Family” without hesitation. There is no doubt that it was a waste of talent and a display of the power of female friendship.

Of course, Karol G took advantage of her presentation to empower the Latin women and also give a tribute to the great Latin musicians as: Ricky Martin, Celia Cruz, Daddy Yankee, Selena, J Balvin and others. She also represented very well the idea that she had in principle and that she asked her fans through social networks to help her make a trend: BICHOTELLA. Which is just the place where Karol G gave an impressive show making the whole world turn to see the blue-haired Colombian, who paralyzed the planet on an extraordinary night for her.

Hours before his show in Coachella 2022, Karol G cried in an Instagram story and sent an emotional message: “Today is Coachella: I want this moment I dreamed of to last forever.” On various occasions and in interviews, Karol G had made it clear that she hoped one day to sing there, one of the largest music festivals in the United States.

During the show, Karol G stepped out in a stunning outfit of floss and jean straps with hair a little bluer than usual. There she walked through several of her hits like Bichota, 200 Copas, El Barco, among several others. Her band of women in different strategic places of Bichotella (on stage) and her sexy dancers gave it their all in what was also a great night for them.

Later and when the time came to highlight his Latin origins, Karol G went on stage wearing the Colombian “tricolor” flag and also sang cumbia. To close with a huge smile that she could not hide throughout the entire presentation.