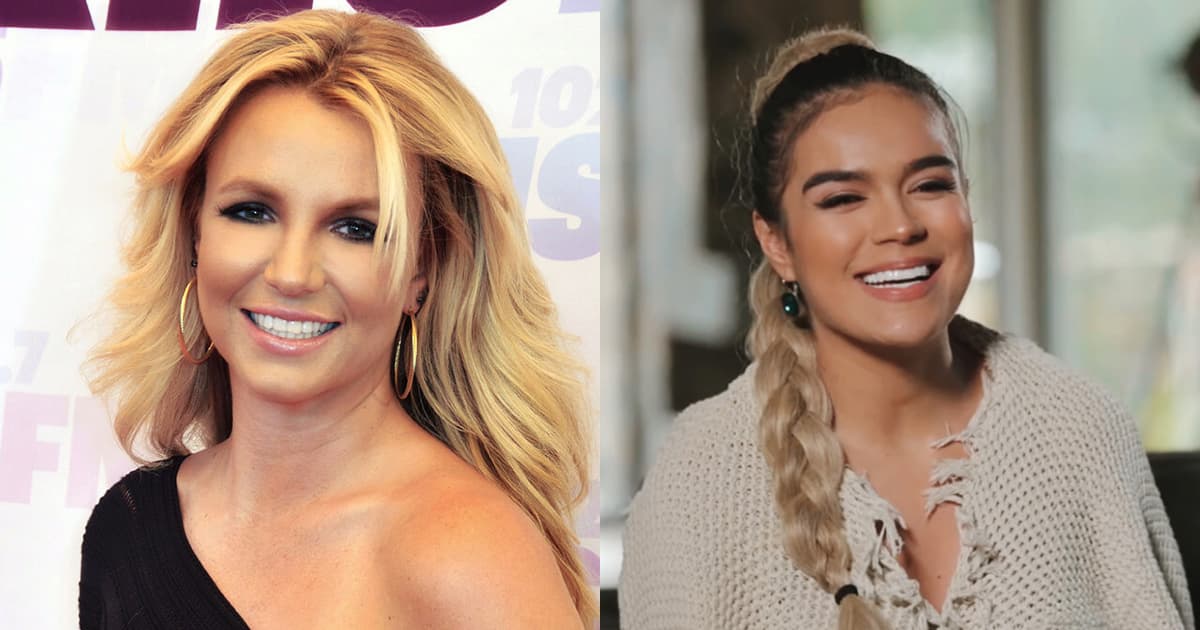 After a series of speculations emerged by the similarities of “Gatúbela” and “I’m Slave 4 U” videos, the “reggaetonera” from Medellin, Colombia, Karol G and the Princess of Pop, Britney Spears are given clues of what could be their first collaboration. They made the same publication through their social networks.

Creators of hits like “Provenza” and “Baby One More Time,” La Bichota, Carolina Giraldo Navarro, better known as Karol G, and the American pop music star, Britney Spears would be about to announce what would be their first collaboration after having made a similar post on their social networks, unleashing the euphoria of their respective fans.

For several months, the winks that Karol G and Britney Spears have constantly sent to each other on the Internet have raised speculation about what would be their first collaboration and the return to the music of the Princess Of Pop, who has been on everyone’s lips since the release of the single “Hold Me Closer.”

It all started last August 25 when the Colombian reggaeton singer released the video clip of “Gatúbela,” and the public found a great similarity with the audiovisual material of “I’m Slave 4 U”, Britney Spears’ mega hit released in 2001, just at the peak of her career.

Since then, the possibility of collaboration has been left open due to Karol G’s admiration for the American singer, who has been more active than ever in her musical career in recent months.

However, rumors about a possible collaboration have increased even more now that La Bichota and Britney Spears made the same publication through their respective social networks, a detail that for no one went unnoticed and less for the context that both artists are living.

“A Queen is a Queen, no matter what anyone thinks of her. Her worth is not determined by whether or not someone likes what she is, what she does because regardless of what you think, she will still love herself… she will still be a Queen.”

First it was the former Disney star who posted a text on her Instagram account, the preferred one to interact with her fans, where she highlighted what it means to be a queen, although the surprise was greater a few hours later when the urban Latin music star also posted the same text in which you could read the following:

A QUEEN is still a QUEEN no matter what you think of her. A woman’s self-worth is not determined by what she does. The value she places on her life has nothing to do with whether or not you like her. She is going to love herself regardless.

Everything would seem a coincidence if it weren’t for the different signs of admiration that Karol G has expressed towards Britney Spears and the references in the reggaetonera’s text about the Princess of Pop.

If this much-talked-about duet is confirmed, we could hear a great collaboration between the two artists of the moment. On the one hand, Karol G has become the most successful Latin singer of today, while Britney Spears has established herself as one of the most talked about celebrities thanks to her return to music.