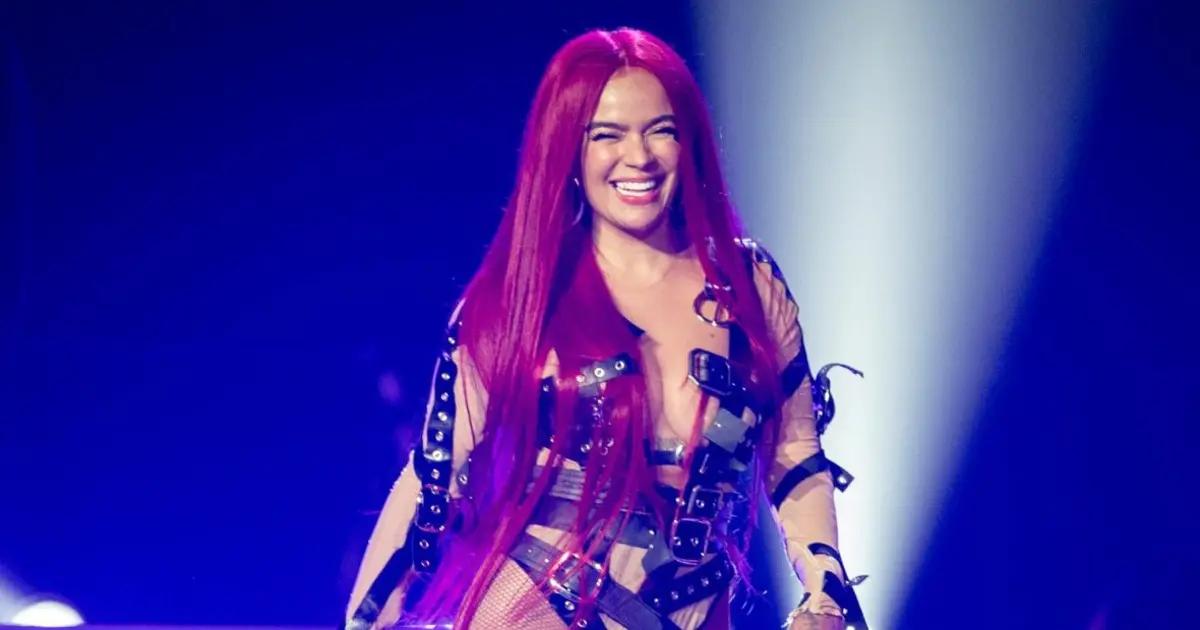 Colombian singer Karol G, 31 years old, has positioned herself as one of the favorite artists of the urban genre, her music and style have catapulted her to fame, but in her recent participation in the Latin Grammy Awards, users noticed something about her face.

Did the celebrity perhaps have a cosmetic touch-up? In American Post News, we share with you the details since everything arose from a series of photographs that the artist shared of her look on the red carpet of the awards, which cast doubt on whether or not she had changed her face.

In showbiz news, we shared with you the spectacular dress she chose for the occasion, a very tight outfit that highlighted the singer’s curves, but her eyebrows caught the attention. Some say that maybe she removed them or painted them.

“Without eyebrows she looks very strange,” a user commented.

After the breakup between Anuel AA and Karol G, fans have wondered if the singer will give love another chance, but the Colombian has not given details about her love life.