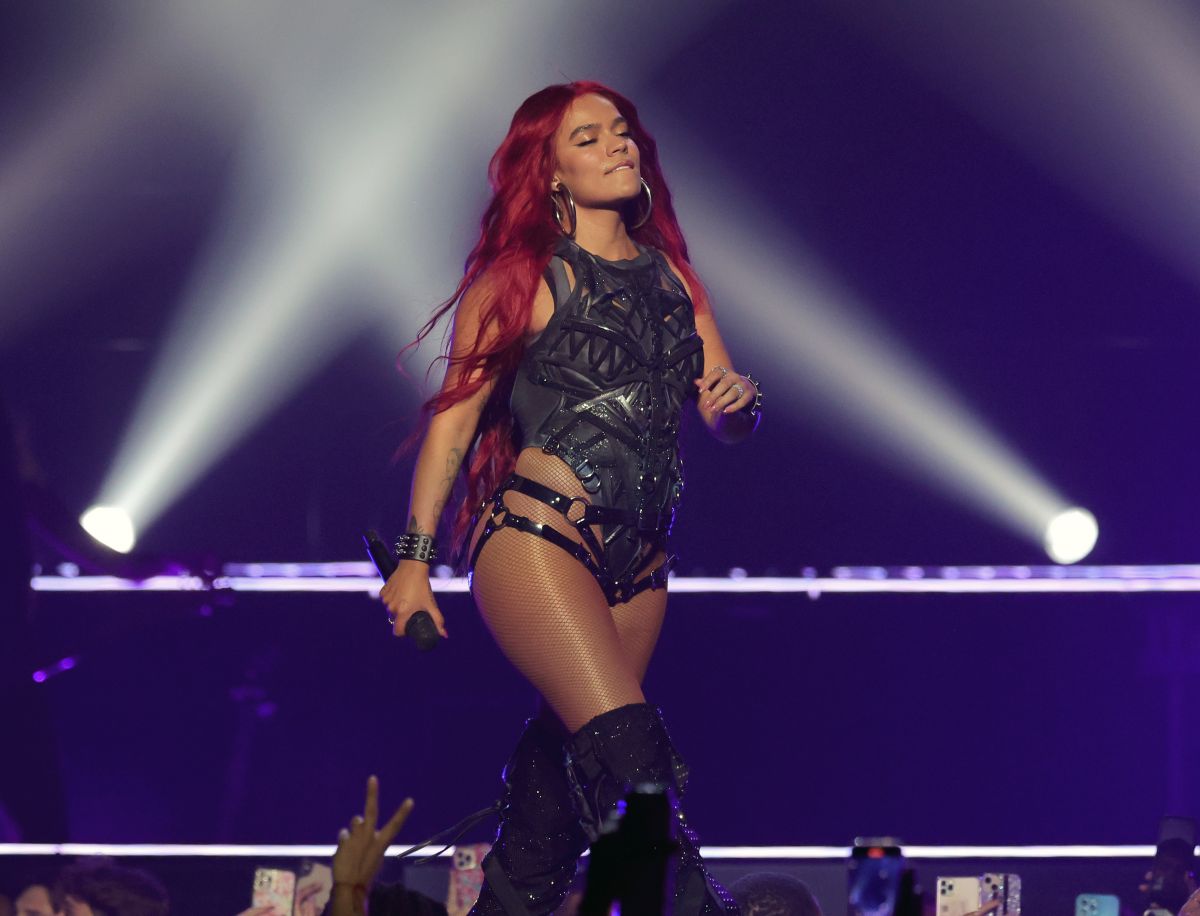 The singer Karol G is working on new songs for her fans – Photo: Ethan Miller/Getty Images

The singer Karol G through her personal Instagram account does not stop surprising her followers on the social network with the sensuality that characterizes her at 31. Last Friday night, she shared eight photos of different moments she has lived.

At the same time, she wanted to emphasize that one of those with more sentimental value would be the last one because she was filming something that, at some point, she would show to her fans. However, many of her followers think that it could be about the new album and that a few weeks ago, she said she was working on new songs for her audience.

“The last one is my favorite because I was recording something I’m crazy to see, but it’s a long time away. What’s your favorite one?????” was the message that accompanied the abovementioned publication.

The photos exceeded three million ‘likes’ although, for many, it was quite striking the number four where the interpreter of ‘Provenza’ almost does not let you see her face by showing her long hair while wearing a body, tights while she is on her back and shows her ass.

The Colombian singer placed “13” in the part where the location of the content shared in the application mentioned above is placed. In turn, Internet users showed that they are interested in knowing what it is about, as many related it to a possible release date of what the interpreter of ‘Gatúbela’ is bringing. However, she has not given more details.

“You are beautiful,” “The queen of the genre at the moment,” “She is Karol G, and she will kill you with her eyes,” “They are all beautiful,” “Difficult to choose a favorite,” “What a woman,” “Your new album will be released on the 13th?”, “And that number 13 is perhaps the 13th of 2023?”, “How long will it be? “All are my favorites, you are a work of art,” “La Nena del flow,” “If I were Anuel AA, I would kill myself,” “My favorite is the one with the little bed,” “They are all my favorites,” “Bring out the album now please,” were some of the expressions that were generated in the most recent post.