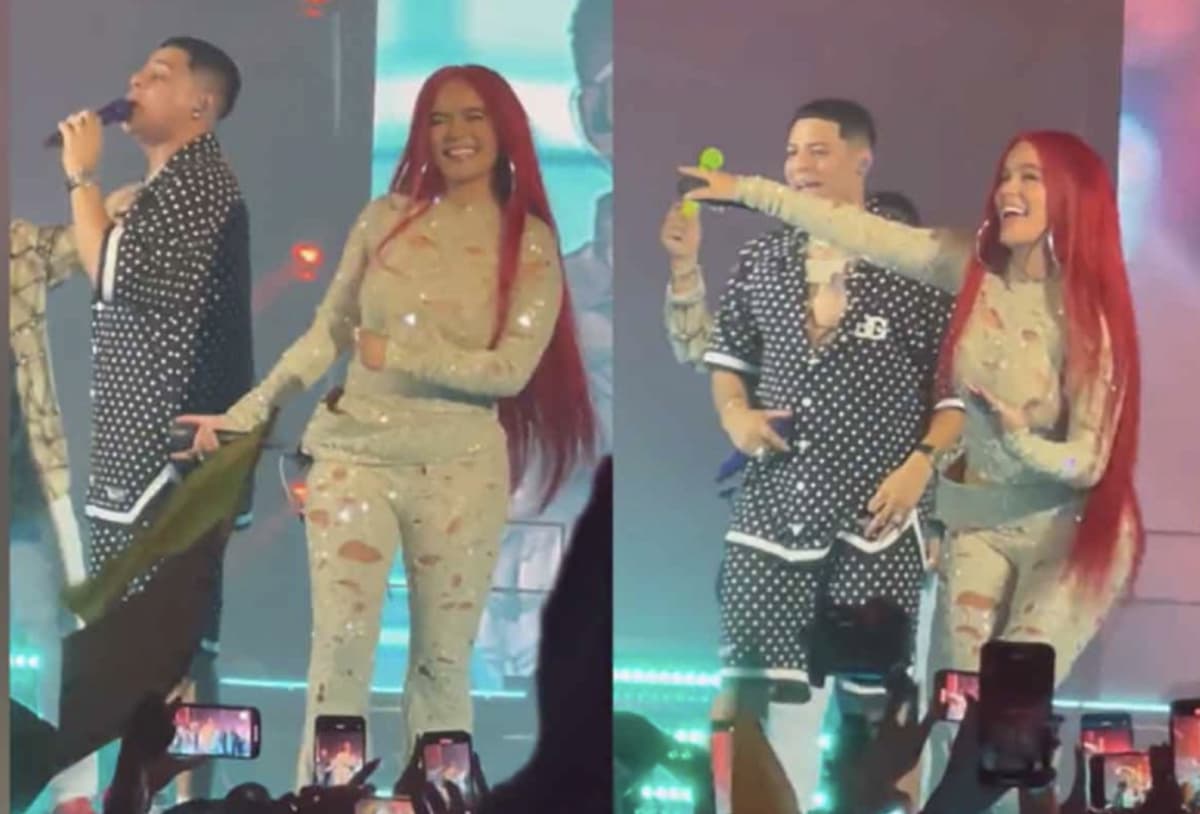 Colombian singer Karol G performed last night in Hidalgo, Texas, in the United States, with her tour called “Strip Love Tour,” where she had as special guests the Mexican band Grupo Firme.

The reggaetonera came out after presenting one of her songs and placing herself out of her comfort zone, she sang the band’s song, “Ya Supérame.”

Chorused by the more than seven thousand attendees at the Payne Arena, Karol G joined Eduin Caz and members of Grupo Firme in the evening, where they also performed her hit “Tusa” with a touch of banda.

Eduin Caz, with his Grupo Firme, was excited and danced with Karol days after having his biggest audience of 280 thousand people in a free event in the esplanade of the Zocalo in Mexico City.

“Guest of honor wherever you want,” said Eduin.

In 2022, Grupo Firme continues to enjoy success with performances across North America, from the Coachella festival to multiple dates at the 65,000-capacity Foro Sol.

Also, the Mexicans from Culiacán, Sinaloa, in northeastern Mexico, are among the most lucrative music tours in the world.

Pollstar’s list ranks Grupo Firme’s tour as the fifth most lucrative per city, averaging over $3.2 million. Below them, in the list, are names like Paul McCartney, Coldplay, Bad Bunny, and above Ed Sheeran, Justin Bieber, Billie Eilish, the band Kiss, and Lady Gaga.

A few months ago, singer Karol G, during her concerts in Mexico, had Anahi, the former RBD, as a special guest, and together they performed “Sálvame.”

At the end of the performance, both singers burst into tears and joined in an embrace to the ovation of thousands of fans.

Karol G expressed her admiration for Anahí and wrote an emotional message on social networks, where she said she was very happy to see her return to the stage: “Having you there didn’t just make me happy. Having you there made millions of us happy today,” she said.