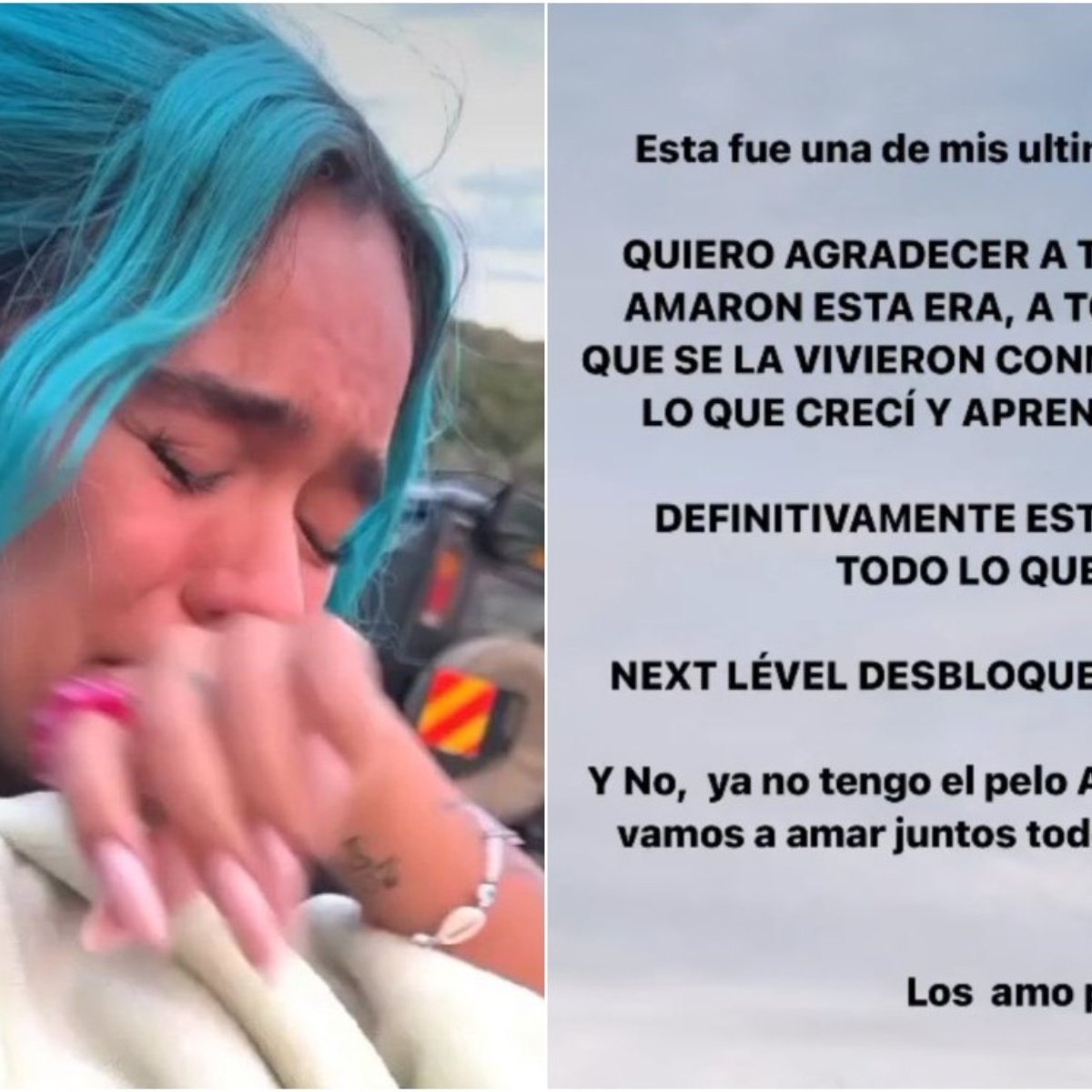 Through his Instagram account, Karol G confirmed that she left behind her blue hair, and with an emotional message, she assured her audience that, with this, she said goodbye to one of the most important times of his life.

On American Post News, we have let you know that Karol G made her iconic blue hair part of her success, the same fashion many of her fans adopted.

However, during Karol G’s presentation at Tomorrowland, the singer no longer showed her hair in a blue tone, which monopolized the gossip of the show business. Although it was believed that it was initially a wig, the Colombian confirmed that she was premiering her look.

With a long message, the singer Karol G said goodbye to her iconic blue hair, which she had worn for several years.

“I want to tell you that I decided it was time to change my blue hair, that you loved it as much as I did,” he revealed.

In the same way, he said that before saying goodbye to his look, he went on vacation with his friends, where he danced, misbehaved, and took the opportunity to fulfill some wishes on his list.

A detail that many of his fans did not lose sight of was an apparent hint to his ex-Anuel AA, with whom he ended several months ago:

“We say goodbye in style! With tears because we say goodbye together to everything that has happened, to a time that I will never forget, to people I love very much, to so much pain, too so much immaturity, to so much evolution, to incredible successes, to reconnect with me, from the most successful album of my career so far,” she wrote.

It may interest you: She is Karol G’s older sister who has impacted users

So far, Karol G has not shown her new look. However, in her presentation at Tomorrowland, she appeared to have dark hair.

To say goodbye to her blue hair, the singer Karol G shared some of her favorite photos and thanked the support she has had from her fans at this stage of her life.