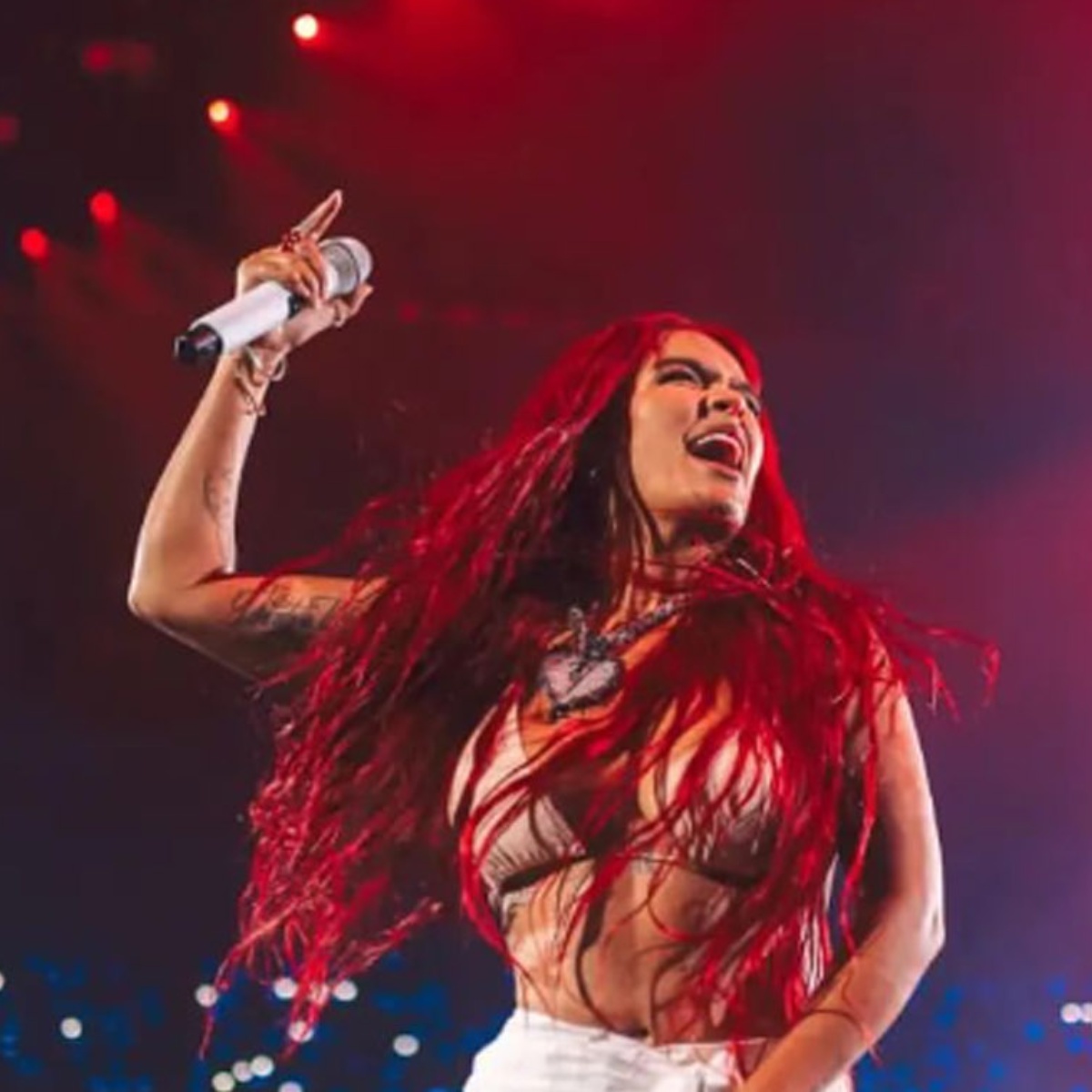 Karol G is performing in the United States with her ‘Strip Love Tour‘ with great success. However, in her recent concert in Miami, the singer suffered a fall, which has gone viral on social networks.

In American Post News, we have let you know that the singer has surprised her fans with a spectacular show, with which she has performed in several cities in the United States.

However, on this occasion, the Colombian singer has been the talk of the show, with a tremendous fall in the middle of the stage.

Social networks have circulated a video of Karol G during her concert in Miami, where she suffers a fall while descending the stage steps.

While the singer interpreter of ‘El Barco is at the top of some stairs and expresses: “I want us to sing this one to her” to later go down the stairs. However, she stepped on an unstable area of the stage, and her foot sank, tripping”.

Recall that during her concert in Miami in 2021, Karol G suffered a spectacular fall on stage, which left her with severe injuries, so the singer recalled the moment saying:

“I don’t know what’s going on in Miami…. but I’m only going to tell you one thing, every time I come to Miami, Karol G is going to fall, so we’re going to enjoy it anyway,” she said, causing an uproar among her concert attendees.

Although singer Karol G has not confirmed a relationship with Feid, strong rumors indicate that she has been dating for a few months.

However, a few weeks ago, it was speculated that Karol G could have resumed her romance with Anuel AA, which is false.

Karol G is currently in a great professional moment and is considered one of the greatest exponents of the reggaeton genre.