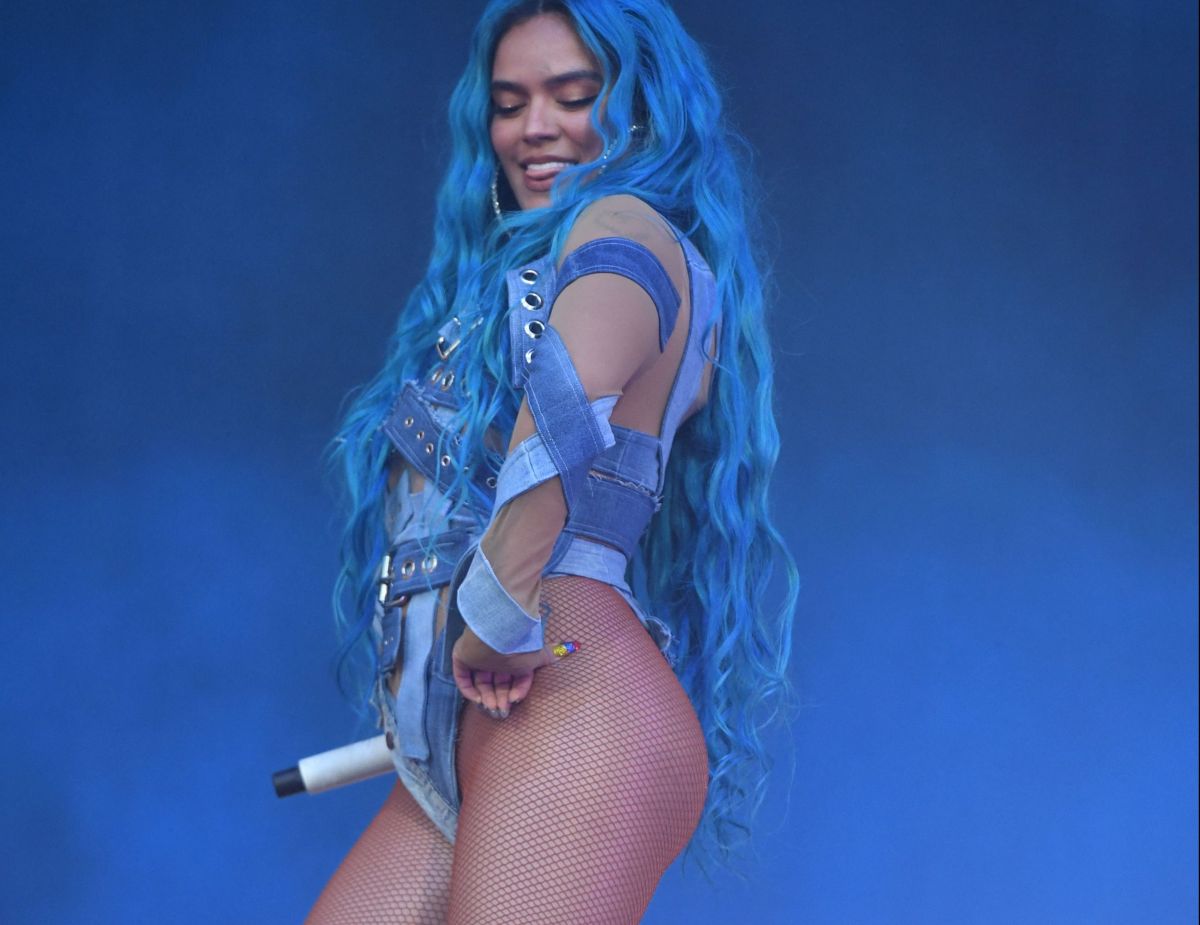 Karol G is one of the most important singers of the moment, so she is always in the eye of the hurricane, she has even received criticism for her “extra kilos” issue that the Colombian reggaeton has learned to overcome, since during an interview she explained the strange disease that makes her gain weight.

“Lto Bichota”as Karol G is known, is going through one of the best moments of her musical career, which has been recognized at the recent awards ceremony Billboardwhere he won in the category of Best Latin Album.

But he has also received criticism for various situations, such as his controversial courtship and subsequent breakup with Anuel AA.

He was criticized for being overweight.

But the criticism that has haunted her for a long time is for her physical appearance, even for that Karol G admitted that she had to block some users of her social networks, since she is not willing to receive such comments.

It was in an interview he gave in 2018 for the television channel YouTube “Mezcal TV”where Karol G revealed the strange disease she suffers from and that does not allow her to lose weight as she would like, despite dieting and exercising, the site El Tiempo recalled.

Problems in your endocrine system

And it is due to an imbalance in your endocrine system.

He recalled that he gained considerable weight for no apparent reason.

“I started to gain a lot of weight, I did everything I normally did… I started to do the diet to get fitter and I kept gaining weight…”, he recalled in the interview with the aforementioned medium.

“Until I realized that I had a health problem, I had completely elevated insulin and the gland that is activated in women when they give birth, that is, my body had given birth and was completely swollen and inflamed” , commented the Colombian interpreter at that time.

She recognized that the criticism she received did affect her, which is why she made the decision to block those who spoke ill of her.

“In the first place, it affected me because I said ‘so what if I want to become a chubby girl?’, who cares!”expressed the interpreter of “Tusa”.

Block from your networks those who criticize your weight

“But besides that being struggling with a personal health thing, it was very uncomfortable and that bothered me and in a way it hit me very hard. People still see me like this and some continue to tell me comments and things, when they leave very, very strongly, I cancel everything, I don’t like it, “he assured the ex-girlfriend of Puerto Rican singer Anuel AA.

Now, Karol G enjoys her curves, which she shows off at each of her concerts with daring costumes, as well as in the outfits she wears on her Instagram account, where she has almost 53 million followers.

The Colombian reggaeton artist shows off her body, regardless of whether she is overweight.

–Karol G confessed the strangest place where he made love a while ago
–PHOTOS: Karol G has a double, and she is Venezuelan!
–VIDEO: Christian pastor assures that Karol G sends a “satanic” message in one of his songs
–In dental floss thong, Livia Brito drives her fans crazy on Instagram
–Goddess Canales, explosive and hot with a black bodysuit that leaves nothing to the imagination