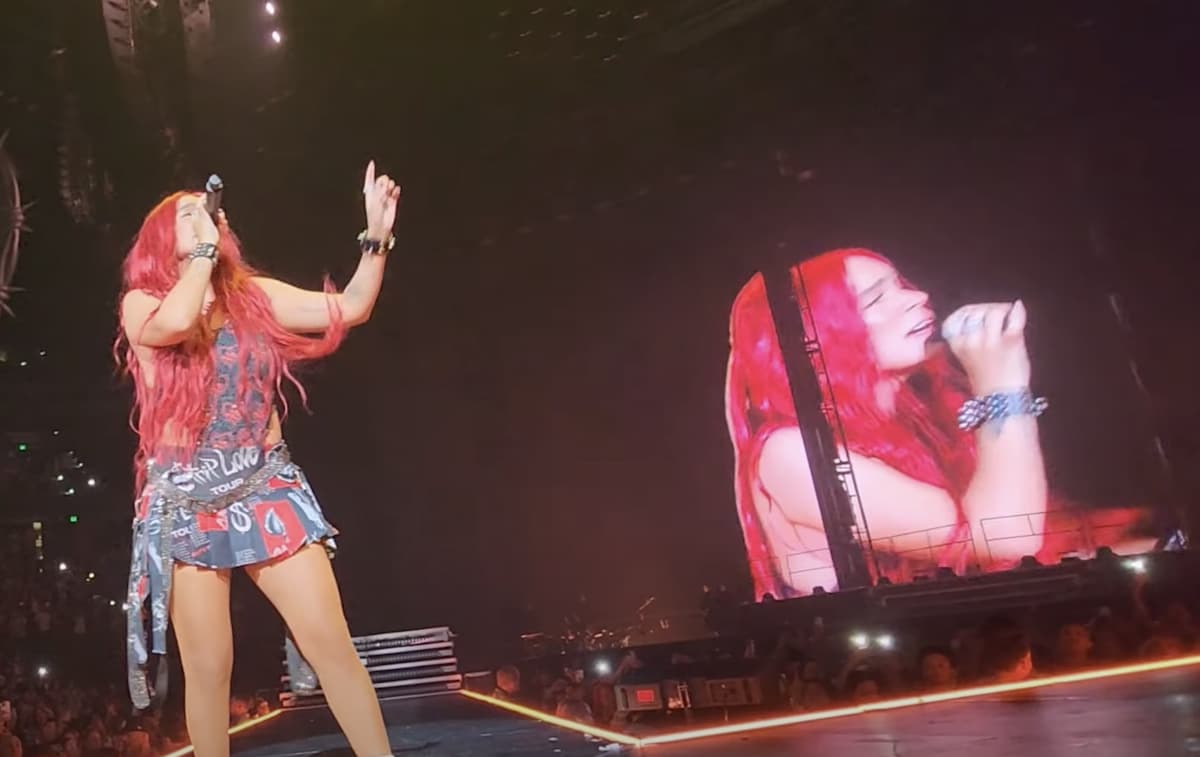 In the middle of the $trip Love Tour 2022, the reggaeton singer from Medellin, Colombia, Karol G, had some great surprises but also some disappointments like the one a couple of days ago when a fan gave her the microphone to sing her mega-hit “El Barco” at one of the concerts.

Creator of hits such as “Provenza” and “Gatúbela,” songs with which she ended the era of her second studio album “KG0516“, the star of Latin urban music, Carolina Giraldo Navarro, better known as Karol G, got a big disappointment from a fan who was in the audience at one of her concerts, who snubbed her when she sang “El Barco.”

Within the shows that the Colombian artist Karol G has offered so far as part of her second tour of the year, many surprises have been present, either by the guests who come on stage, the interactions with the public, or even the emotions that are experienced.

However, not everything has been smooth sailing for the interpreter of “Tusa” in her shows, as it happened now that she got a big disappointment from a fan who was in the front row at one of her presentations.

Karol G was in the middle of one of her presentations when she approached the audience while singing “El Barco,” one of the first songs of her third studio album, “KG0516”. The reggaetonera gave the microphone to one of her fans, who were very close to the stage.

Then the fan of the urban music star sang the chorus but remained silent, provoking a lot of reactions from the public and from the Colombian singer herself, who, upon realizing the mistake, took the microphone from her and told her the following: “No, my love, you have to learn it.”

The moment was recorded by some fans near the encounter, who shared the videos through social networks such as Facebook and Twitter.

However, Karol G decided to give another chance to her fan whom she approached while singing her mega-hit “MAMIII,” a song that she showed she knew how to sing with great feeling, making it clear that in the first attempt, she had been nervous.