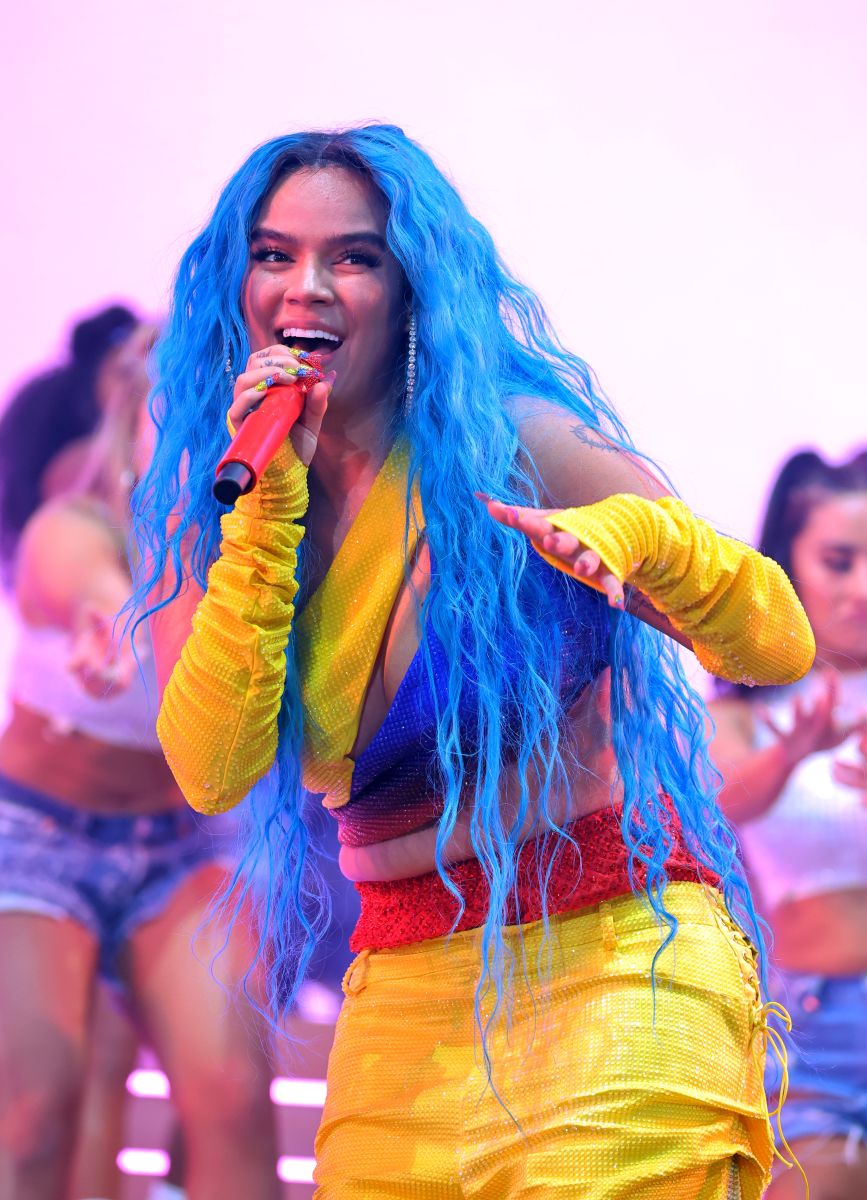 An interview has been released for Young Hollywood in which Karol G confesses that she will change her blue hair and even revealed details of when she plans to do it. What she does have no idea is what color she will make this radical change to. All this happens after the absolute success of his two presentations in Coachella 2022 where she left the name of all Latinos and about his native Colombia very high.

“My God yes. I’m like this all the time with my hair because I want to change it. I’m ready to change it but I’m still on tour… I also know that many people in other parts of the world want to see Karol G… the era of Karol G with blue hair. I’m still on tour, but I’ll do it as soon as the tour is over. I’m ready”, said the reggaeton player during one of the interviews they did to her in the release of her new video clip “Provenza”. Same as it was recorded in the Canary Islands and that gives even more strength to the message of feminine empowerment of La Bichota.

She also said that she is not quite sure what color to use after change the blue color of her hair. She confessed that she has been trying out wigs of various colors and they have thought about maybe using her original color, but that it is a very difficult decision. She assured that her hair is part of the Karol G brand and that she is afraid to change to another color and that it does not work or she does not like it: “I love my blue“, she added.

Karol G gave a sample of all the growth she has had as an artist at the festival itself Coachella 2022. Between song and song, she said how today she can see the fruit of a 16-year career. Even the second weekend she had her countryman and colleague J Balvin as a guest. The same thing that corroborated having worked closely with Karol G since the two were very young in schools and very small events. Today they are the most important latin artists in the music industry.

During these two presentations she was also accompanied by one of her great friends and also a singer, Becky G. There, they sang together for the first time live the success “MAMIII”. Of course, the public went crazy with both. All blue wigs were seen in the crowd. Which is why it is not surprising that Karol G subject to hair color change.

Just finished the festival Coachella 2022, Karol G announced her tour $tripe Love Tour 2022, which will take her to various cities in the United States, again. Let us remember that only in October she did the Bichota Tour. However, the Bichota Tour Latin America will continue alongside the tour she recently announced in North America. Without a doubt, the Colombian does not stop working and in turn reaping successes. Here we leave you one that marked a before and after in her career, “Bichota“.