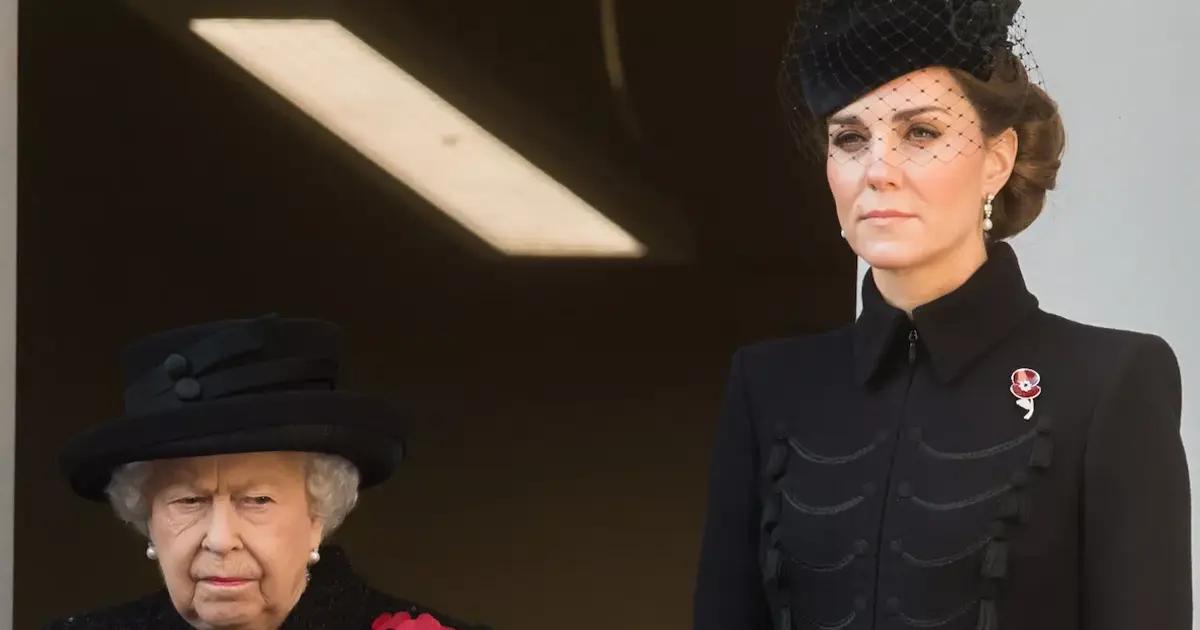 The Princess of Wales, Kate Middleton, once again held one of the most highly-anticipated television events of the holiday season in the United Kingdom: the annual carol concert, which marks the official beginning of the festive period for the Windsor family.

This year, the British royal family approaches Christmas with a particular degree of poignancy. It will be the first one celebrated without the guidance and unity of the late Elizabeth II, who passed away on September 8 at her residence in Scotland, Balmoral Castle.

The program will be broadcast on the ITV channel this Saturday, but some excerpts of the speech given by the wife of the future king, Prince William, have already been released to introduce the concert.

The excellent relationship Kate Middleton shared with the late Queen

As a royal family member, Kate has a close relationship with the late Queen and other members.

Despite their busy schedules, Kate and the Queen have been able to spend time together at various royal events and have reportedly formed a close bond. In fact, in 2018, it was reported that the Queen had taken a special interest in Kate and spent more time with her, offering guidance and support as she became more involved in royal duties. The former Queen was known to be a very dedicated and responsible person and took her role as a mentor to the younger members of the royal family very seriously.

Kate and the Queen have also participated in joint engagements, such as visiting schools and other community organizations. For example, in 2018, the late Queen invited Kate to visit King’s College in London, where they met with students and faculty and learned about the university’s work in artificial intelligence.

Kate and the Queen shared a positive and respectful relationship, with the Queen offering her support and guidance to Kate as she became more involved in royal duties. It was heartwarming to see the former Queen taking an interest in and supporting the younger members of the royal family in this way.

In her address, Kate pays tribute to all those who “are no longer with us,” particularly the monarch who had a great fondness for Christmas and used this time to remind her family and the entire country of the importance “of faith, friendship, compassion, and empathy.”

“Last year, this event reminded me of everything I love about Christmas: seeing people come together, celebrating, and enjoying special moments, as well as reflecting on the year that is coming to a close,” says the former Duchess of Cambridge during Elizabeth II’s reign. She goes on to specifically mention the longest-reigning sovereign in the country’s history, stating, “This Christmas will be the first without Her Majesty, Queen Elizabeth. Christmas held a very special place in her heart, as a time that brings people together and reminds us of the importance of faith, friendship, and family, which prompts us to show empathy and compassion.”

This marks the second time Kate has taken the lead for the TV special, which was recorded on December 15 at Westminster Abbey. The 2021 edition was the first in which the current princess was the primary representative for the religious and festive service, a significant challenge given the program’s significant changes upon returning to screens after the hiatus caused by the coronavirus pandemic.

To add to the drama, on December 15, the Duke and Duchess of Sussex, Harry and Meghan, premiered the final three episodes of their controversial documentary series, which was designed to counter-program the official agenda of the British monarchy.

The British royal family is known to participate in and host Christmas carol concerts and other holiday-themed events. These events are often held with charities or other organizations to bring people together and celebrate the holiday season. Carol concerts are a tradition in the UK and are often held in churches, schools, and other community centers.