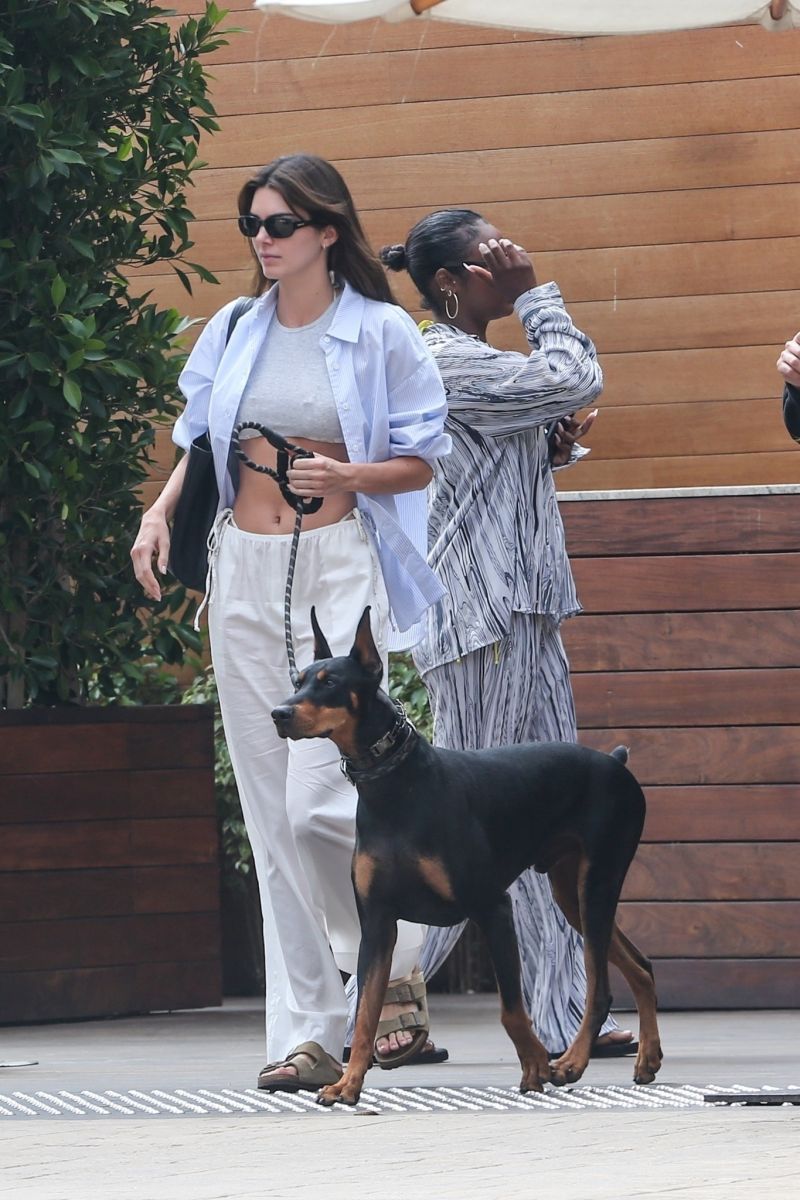 Kendall Jenner takes a day off and decides to go out for lunch with some friends. At the exit of the restaurant, the paparazzi caught the young model wearing a gray top and it was obvious that she was not wearing a bra underneath. The young sister of Kylie Jenner, has not stopped being single, even when the rumor broke out this weekend. However, a few hours ago Kendall was seen with the athlete.

A picture is worth a thousand words. The model Kendall Jenner knows that very well, accustomed for years to the conjectures and rumors that have always flown over her sentimental history. Just a few days after his alleged breakup with basketball player Devin Booker came to light, news about which both refused to comment, the two lovers have been seen in an affectionate attitude through the streets of Malibu, as reported ShowBiz portal.

In this way, the couple has dismantled with resounding gestures the theory about their hypothetical separation, which attributed what happened to the progressive erosion of their romance and the difficulties that their respective professional careers would have imposed on their daily coexistence. Nothing is further from reality, or at least that is what emerges from the images that have emerged of his relaxing walk through the streets of the coastal city.

According to the news portal E! News, several witnesses also saw the two lovers having a great time at the popular SoHo House nightclub, specifically on a terrace that was the scene of an accomplice exchange of glances and smiles. “There was a great energy between them, Kendall looking at Devin adoringly. They showed each other stuff on their phone screens and they couldn’t stop laughing.” An informant has pointed out.

The already dissipated hypothesis about the end of their romance pointed to the need for Devin and Kendall to embark on “separate paths” to be able to cultivate their corresponding interests, among which the idea of ​​building a common future did not seem to have much priority: “Kendall feels that they have very different lifestyles. They have talked about the future, but it is clear that they are at very different times, ”explained a supposed confidant.