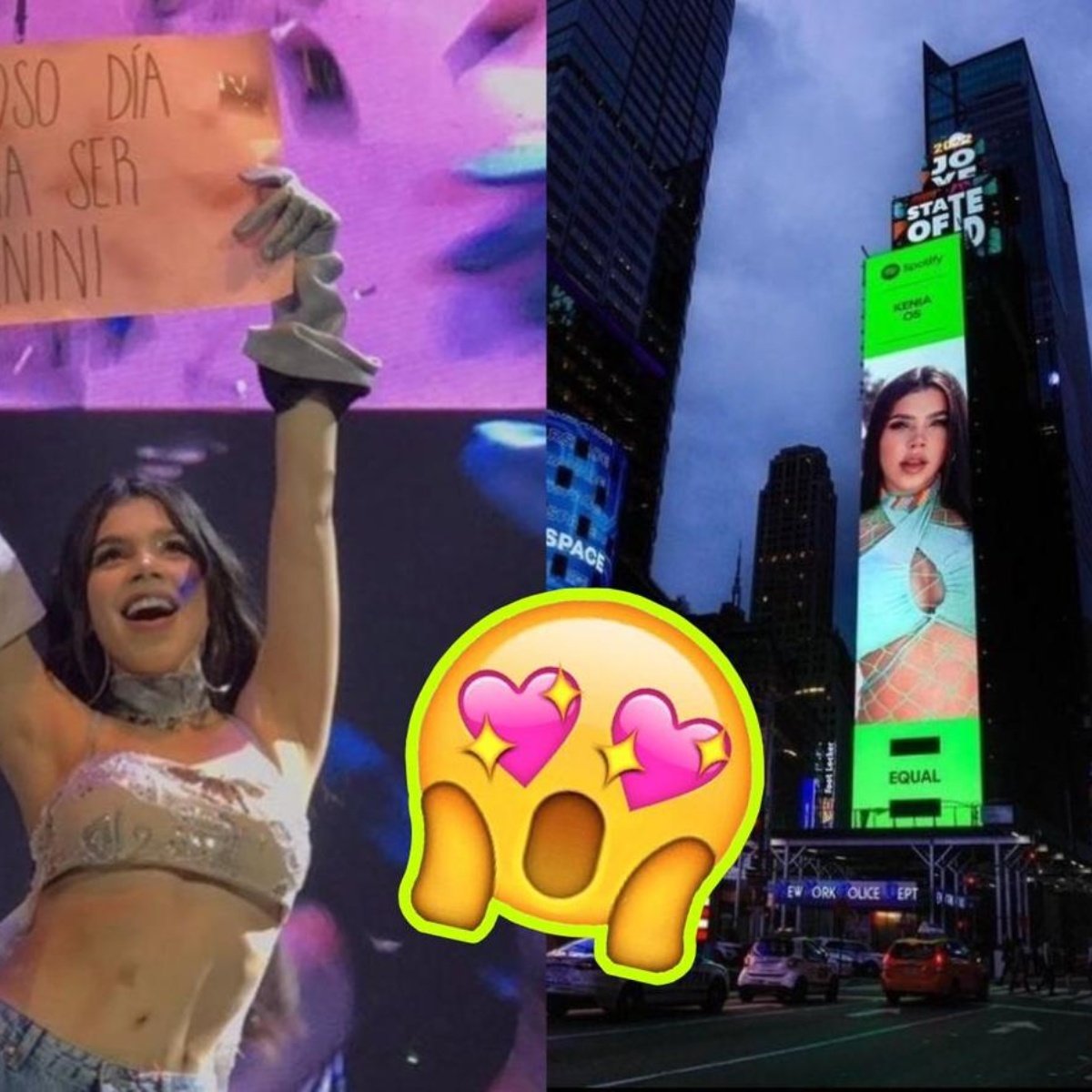 Kenya Os is a famous singer from Sinaloa who recently drove the networks crazy with his new single that will be released soon, but he has already given several advances to his fans.

There is no doubt that Kenya has shown you the great talent and the excellent stage that she is living, because her fame has grown a lot in recent years.

That is why now the beautiful Kenya Os is promoting her new album entitled Mía Mía, which will be on the various digital platforms this coming September 29.

It turns out that the influencer and singer has been grateful on the networks for the publicity that Spotify has made of this new album in the United States, specifically in Time Square.

And it is that through social networks they have made the name of the beautiful singer a trend, in addition to the images that have gone viral of how she looks on the screens of the iconic place.

IT MAY INTEREST YOU: Kenya despises you invitation to the wedding of Lele Pons and Guayna

It turns out that the presence of Kimberly Loaiza is what has made Kenya refuse to attend the wedding, as she herself revealed on social networks.

It should be noted that in view of the disputes and scandals that the two Mexican stars have staged, Kenya has detailed that she prefers to avoid the controversy and not attend the expected wedding.