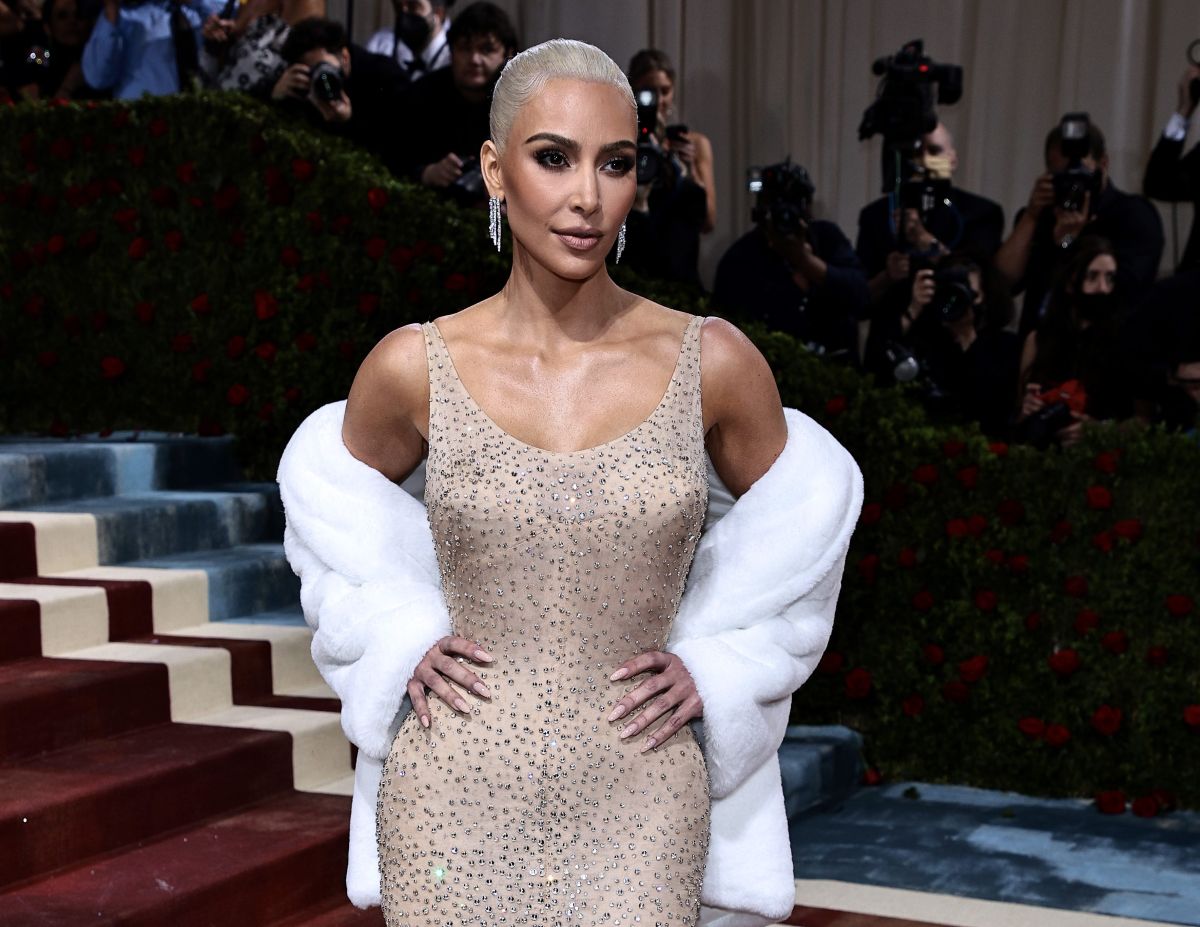 After photos that appeared to show damage to Marilyn Monroe’s Jean Louis dress that kim kardashian wore to the 2022 Met Gala began circulating online, it was herself who ultimately addressed the controversy.

While there was much debate over whether or not Kim should have been allowed to wear it, with even designer Bob Mackie condemning the decision, Kardashian said claims that she ruined the iconic sequin dress were false.

“Ripley and I work very well together; there were handlers in gloves who put it on me. It was such a process. I showed up on the red carpet in a robe and slippers, and I put the dress on the bottom of the carpet, I went upstairs… I probably had it on for 3 minutes, 4 minutes,” she explained. during a recent conversation on the Today show.

Kim lost 16 pounds in three weeks to put on the dazzling 1962 dress that Marilyn wore during her performance for John F. Kennedy.

Since then, many have argued that the drastic weight loss sent a dangerous message regarding body image, but she has been adamant in her defense: Her appearance at the MET Gala was as much a performance as any acting role that requires a physical transformation.

Ripley’s Believe It or Not! she also issued a statement last week denying Kim Kardashian damaged her dress.

“The fact is that she in no way damaged the garment in the short period of time it was worn at the Met Gala,” they stated.

“The dress was in the same condition in which it started”said Ripley’s vice president of publishing and licensing Amanda Joiner, who was in the dress during her trip from Orlando to New York as well as throughout the day at the MET Gala.