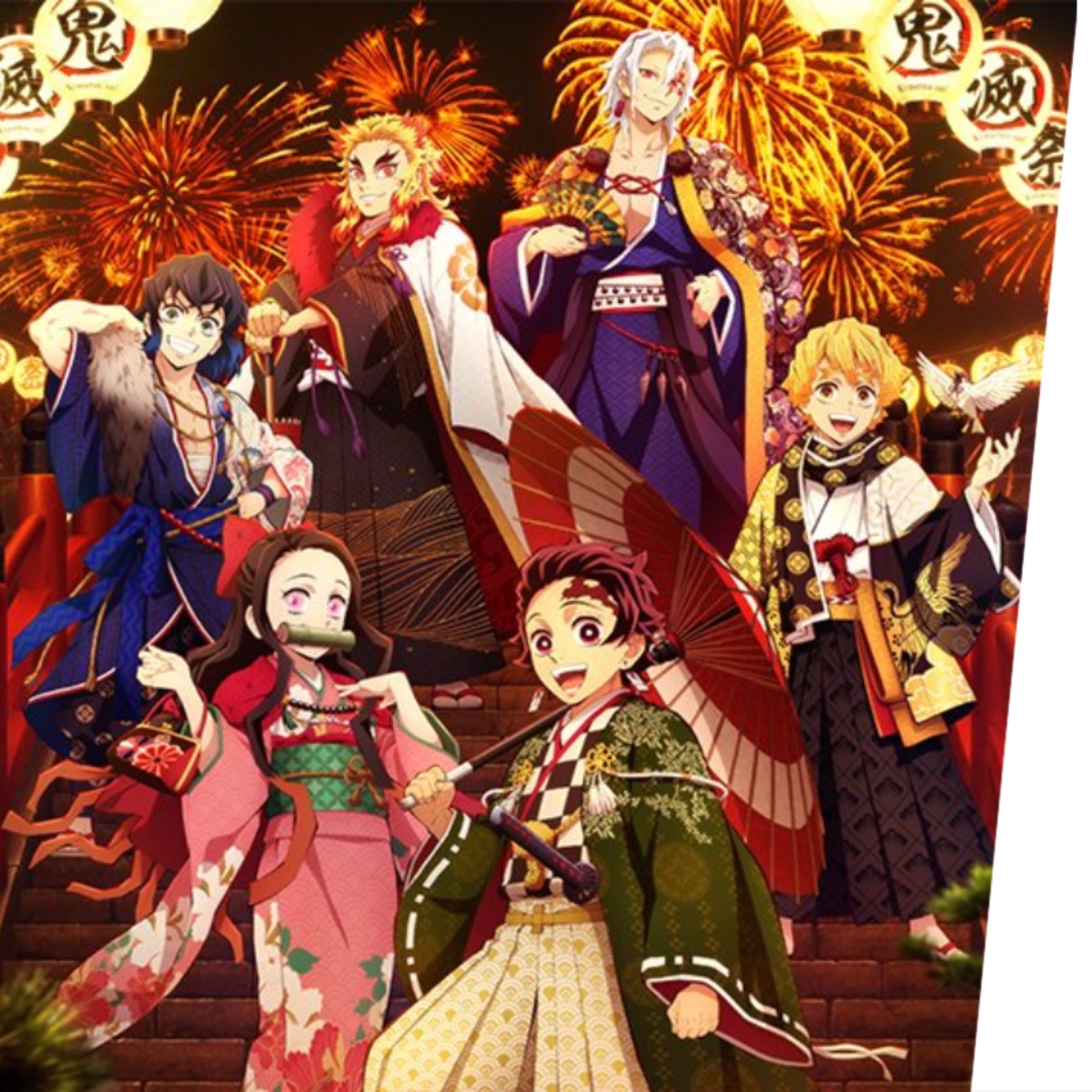 Kimetsu no Yaiba: Demon Slayer celebrates the third anniversary of the premiere of the anime with new art and a Japanese fan festival. The new art shows the core group of characters from the series, including the central protagonist Tanjiro Kamado and his little sister Nezuko, enjoying fireworks during a traditional Japanese festival.

They are joined by Flame Hashira, Kyojuro Rengoku, and Demon Slayer Corps’ flashy Sound Hashira Tengen Uzui, who played key roles in the anime’s two most recent story arcs. All of the Demon Slayer characters have traded in their assassin uniforms for more formal kimonos.

The art was released to promote the upcoming Demon Slayer Festival, a fan meeting to be held in Japan on April 16-17. The event is being held to celebrate the third anniversary of the original premiere of the Kimetsu no Yaiba shonen anime.

The series originally debuted on April 6, 2019 and is produced by the ufotable anime studiowho was previously best known for his work on Fate/stay Night: Unlimited Blade Works.

Both seasons of the show and its box office record-breaking film, Mugen Train, were directed by Haruo Sotozaki, who also directed the anime adaptation of Bandai Namco’s classic Nintendo Gamecube role-playing game, Tales of Symphonia.

The series recently concluded its second season, which primarily focused on an adaptation of the manga’s entertainment district arc. The arc sees Tanjiro and his friends joining forces with Sound Hashira Tengen Uzui and his three ninja wives, as they battle various members of the powerful Upper Ranks of Twelve Kizuki.

The anime adaptation of the arc has been widely praised, with professional critics and fans praising Ufotable for its quality animation and outlandish fight choreography.

The anime series has already confirmed that it will return with an adaptation of the Swordsmith Village arc, which centers on Tanjiro as he travels to the hometown of the Demon Slayer Corps blacksmiths to once again repair his damaged Nichirin katana.

The arc was announced alongside new art from Mist Hashira Muichiro Tokito and Love Hashira Mitsuri Kanroji. A premiere date for Kimetsu no Yaiba Season 3 has not been announced yet, but the cast and crew of the series are expected to return for the new arc.

Kimetsu no Yaiba was created by Koyoharu Gotouge and first published in the pages of Weekly Shonen Jump in 2016. The entire manga series is now available in Spanish on MANGA Plus. The first two seasons of the anime are now available to stream from Crunchyroll.