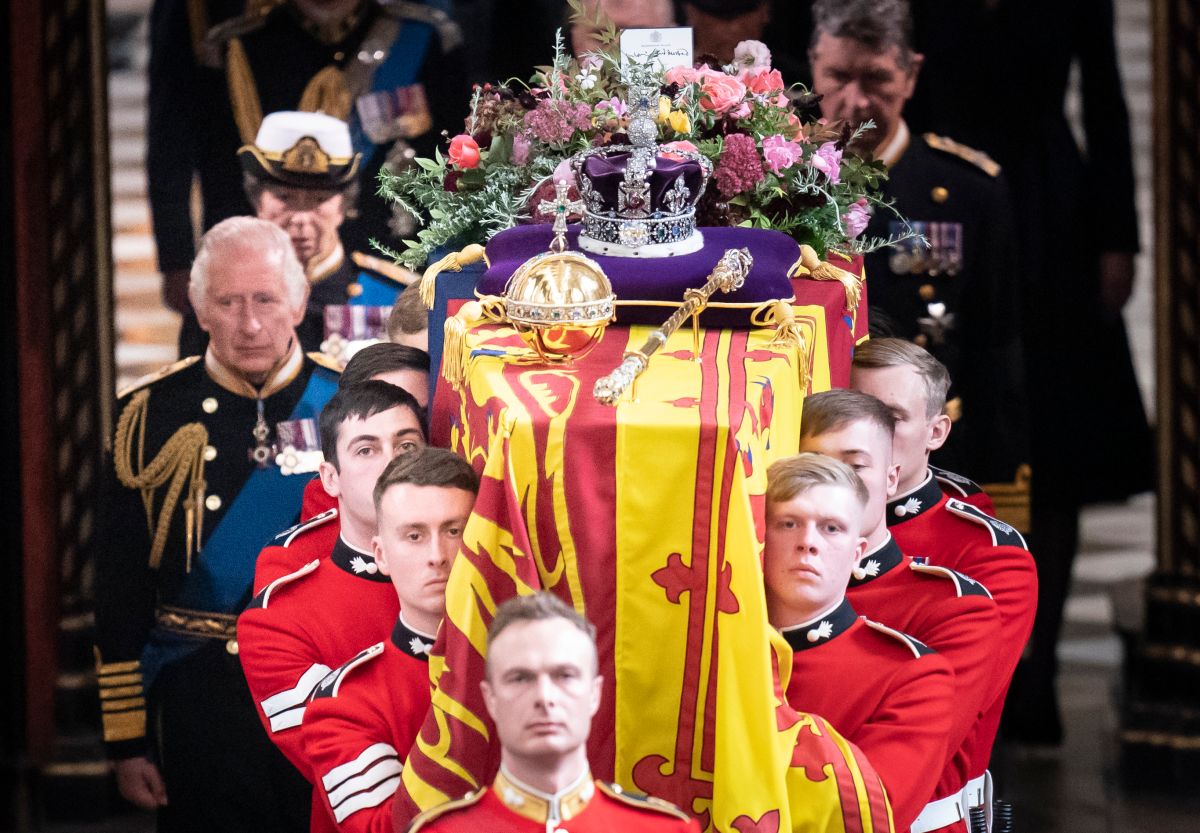 Queen Elizabeth II passed away on September 8 in Balmoral, Scotland. However, it was this Monday when they held the state funeral, attended by different personalities, including: the president of the United States, Joe Biden in the company of his wife. The president of France Emmanuel Macron with the first lady, among others.

Canadian Prime Minister Justin Trudeau was present this Monday, and he also stated that due to the death of the mother of King Charles III, the citizens of his country “feel that they have lost a family member.” Let us remember that it was a mandate in which he was in charge for seven decades.

Various portals and YouTube channels were broadcasting live the funeral that they had prepared for the queen, while at 12:00 pm it would become a much more intimate moment with the relatives of the deceased.

For many it has been a great surprise to see the images of the coffin of the queen, and it is that on top she had a handwritten letter left by the father of William and Harry. Immediately the reactions were immediate, as countless people wanted to know what he said.

“In loving and devoted memory. Charles R..”, was the last message that the new king of England wrote to his mother.

After the ceremony that was scheduled for this September 19, the monarch would be buried next to Philip of Edinburgh, who was her husband in life and died on April 9, 2021. For this reason, they would bury her in the San Jorge Chapel, where his remains rest.

In addition, in an external church there are also the remains of his parents, as well as those of his sister, and who in life corresponded to the name of Margarita.

In turn, Princess Charlotte of Wales was very moved during the funeral, and it is that she could not stand it and broke down in tears for everything she was going through, because she suffered the great physical departure of her great-grandmother and this Monday gave her the last goodbye.

It may interest you:
· King Carlos III worries about his red and swollen hands and they call him “sausage fingers”
· Carlos III was proclaimed as the new king and assures that he will follow the “example” of his mother
· The face of Queen Elizabeth II was captured in a haircut by a renowned barber in Mexico