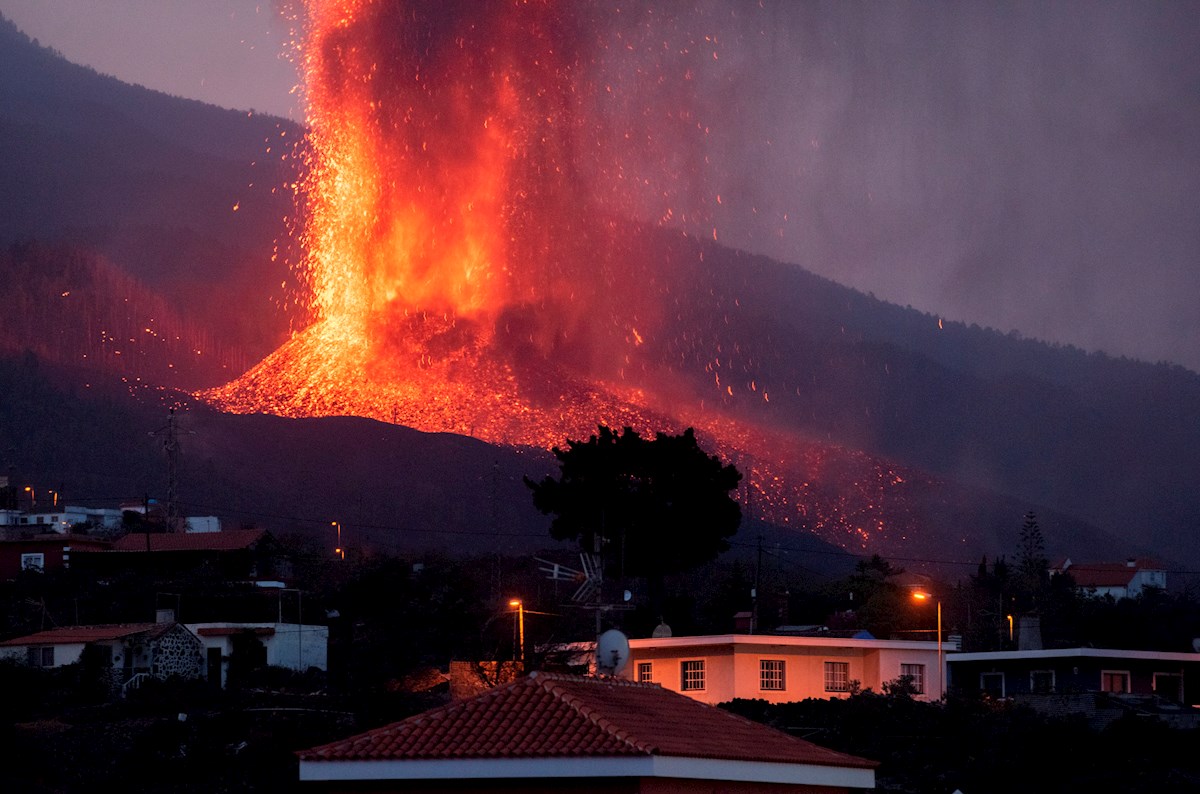 The President of Spain, Pedro Sánchez, as well as the Kings, Felipe VI and Letizia, traveled to the island of La Palma to visit the shelters where the victims of the Cumbre Vieja volcano eruption are found.

“We must do everything in our power to help the victims, we must preserve their safety, guarantee their tomorrow and rebuild on La Palma everything that nature has taken away,” Felipe VI told the victims.

During their visit the Kings, who were also accompanied by the president of the Canary Islands, Ángel Víctor Torres and the president of the town hall of La Palma, Mariano Hernández Zapata, among others, They visited the barracks of El Fuerte and the Ministry of Defense where they exchanged their expressions of affection and support for those affected.

Before returning to La Palma and during his speech at the United Nations in New York, Spanish President Pedro Sánchez guaranteed that “no one will be left homeless” on La Palma after the eruption.

“Our Government is committed to its inhabitants, who see how the lava takes away homes, agricultural lands, farms, fertile lands and an enormous emotional memory whose value no one can measure … We will not allow anyone to be left helpless after this natural catastrophe,” he said.

This visit of the Kings of Spain and the president takes place at a time when the lava from the Cumbre Vieja volcano advances its way slowly at about 4 meters per hour and already occupies more than 166 hectares, in addition to destroying at least 350 buildings.

Experts in Spain affirm that the slowdown of one of the flows, which in some points reaches a height of 12 metersIt does not imply that the eruptive process has decreased, but it is due to the fact that it is more difficult for the lava to advance as it loses temperature as it moves away from the cone and that it has to pass through the numerous material already deposited and cooled on the surface.

According to the Department of Homeland Security (DSN), the eruptive activity is maintained, although the volcano has entered a zone of stability, thus reducing the possibility of the lava reaching the sea.

The expulsion of volcanic ash has led to the establishment of temporarily restricted areas of airspace in the municipalities of El Paso and Los Llanos de Aridane for overflight in land and sea areas below 3,000 feet.

It may interest you:
Starting in November, the US will lift restrictions on foreigners vaccinated against COVID-19
· VIDEO: Flashes in the sky and panic in the heights; This is how the 7.1-degree earthquake was experienced in Mexico
VIDEO: Mexico conducts an earthquake drill in the framework of the anniversary of the 1985 and 2017 earthquakes