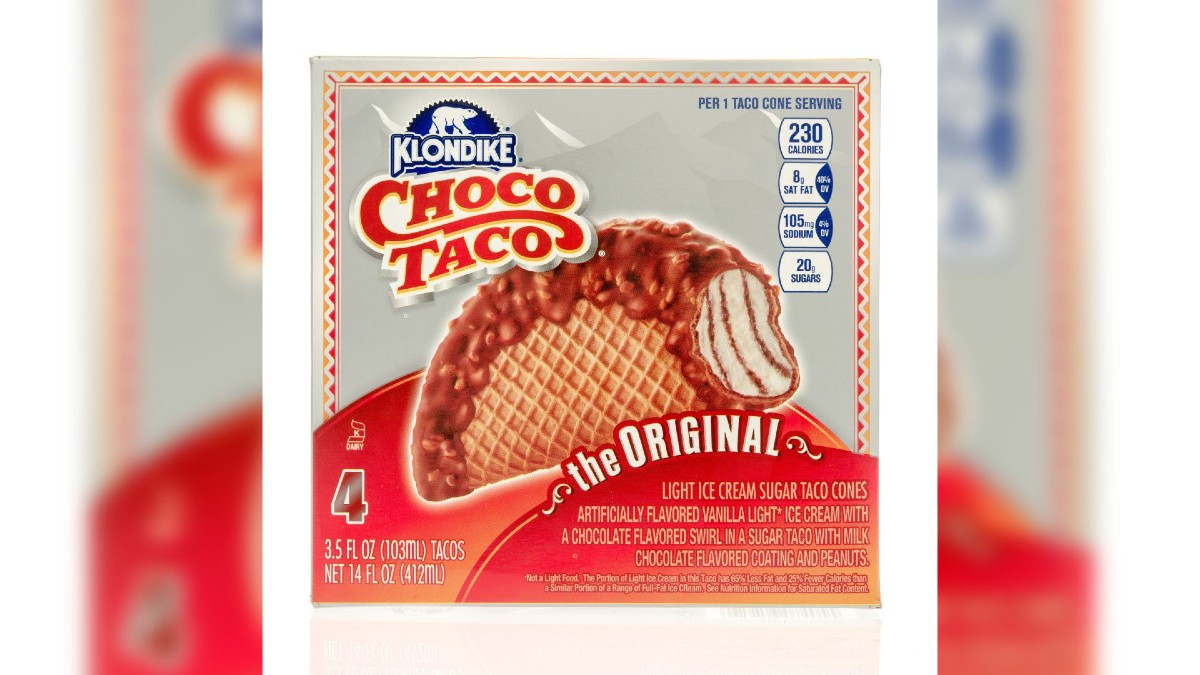 The Choco Taco, the traditional ice cream covered with pecan and chocolate packed in a cone Taco Shaped, will be discontinuedas confirmed by Londike after weeks of rumors about his imminent demise.

For decades, thousands of Americans have considered this dessert one of the best options to choose from the freezer of retail stores.

Klondike, which is owned by Unilever and makes the Choco Taco along with several other ice cream products, confirmed the discontinuation Monday on its website and in response to various questions from fans on Twitter.

“Unfortunately, the Klondike Choco Taco has been discontinued,” read one such response. “We have experienced an unprecedented increase in demand for our portfolio and we have had to make very difficult decisions to guarantee the availability of our complete portfolio throughout the country. We are very sorry for any disappointment!”, assured the company in its message.

The Choco Taco was created by Alan Drazen in Philadelphia in 1983, referring to it as the “most beloved and innovative novelty in all of American ice cream,” according to a 2016 Eater article.

“When you eat a sugar cone, you usually eat the nuts, chocolate and ice cream on top, and then when you get to the cone, you’re just eating ice cream and cone,” Drazen told in an interview with the medium. Eater. “With the Choco Taco you get ice cream, cone, nuts and chocolate with almost every bite”.

At first it was mainly available through ice cream trucks. Eventually Unilever, which now owns the Klondike, began distributing the product more widely.

The confirmation of the company put to rest rumors throughout the year that the Choco Taco no longer existed, as many people reported that they couldn’t find them on their local shelves.

But on several occasions from December through last week, Klondike assured fans on Twitter that individual servings would still be available in all the usual places.

For many, the Choco Taco evokes memories of biting into a sweet, cold snack on a hot summer day. Others may have more recent memories, especially since Taco Bell, which used to sell the product years ago, brought it back to some stores for a limited time earlier this year.

You may also like:
– Klondike ice cream bars turn 100 and are now cheaper than when they first started
– Why Oreos and other snacks will soon cost more by the end of this year
– The real reason Costco discontinued its popular popsicles in its food court