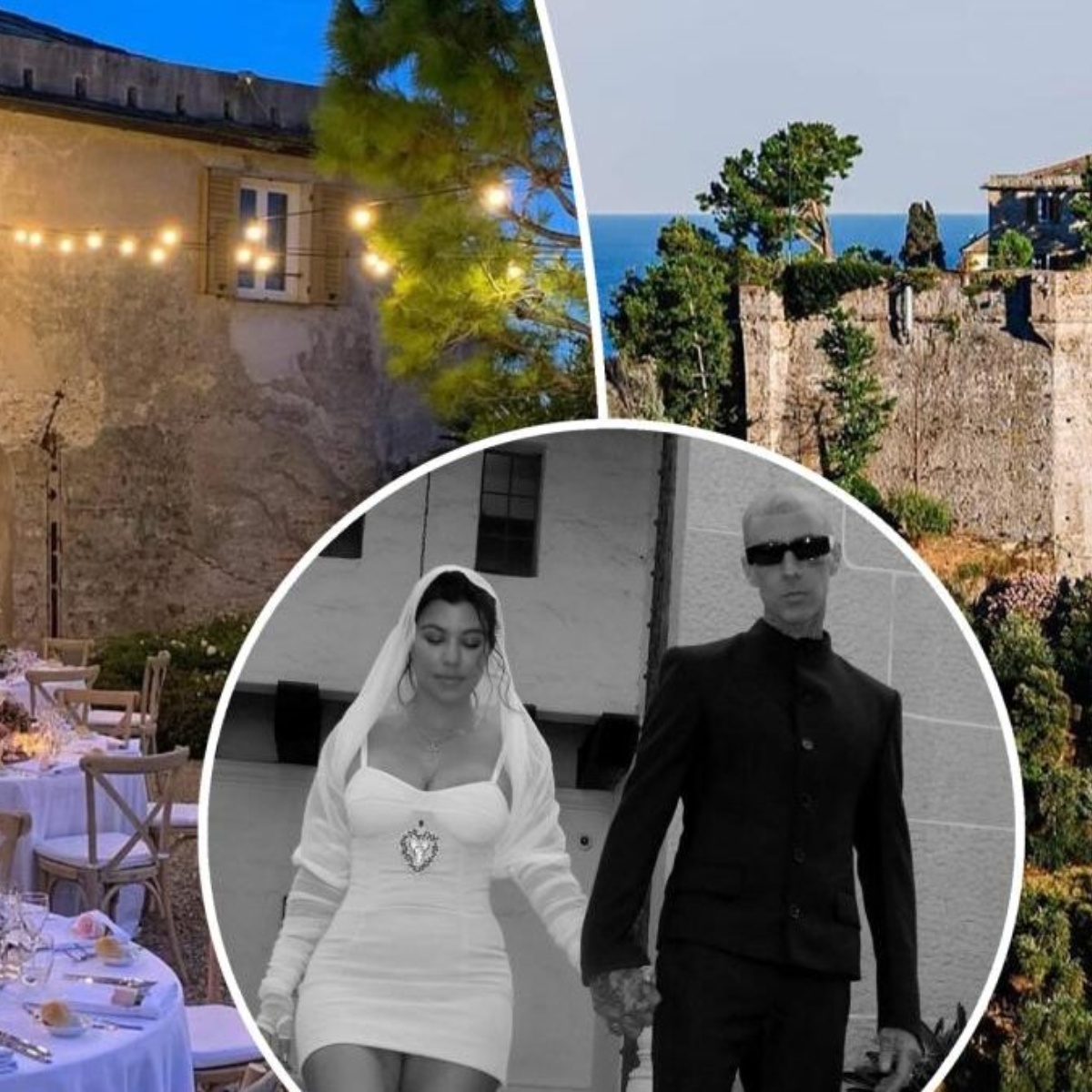 the long awaited wedding Come in Kourtney Kardashian and Travis Barker will take place tomorrow, May 21, on the terrace of Castello Brown in Portofino, Italy, preparations began today and the Kardashian family was captured in previous celebrations.

To prevent the details of the ceremony from being leaked, it has been revealed that all the personnel in charge of the preparations have signed legal agreements that force them to keep secret.

In AmericanPost.News We let you know that Kourtney Kardashian and Travis Barker are already legally married and a few days ago they released photos of the ceremony, which was held privately.

The wedding of socialite Kourtney Kardashian and Travis Barker took place at the Castello Brown which regularly functions as a museum, however it was rented by the Kardashian family for a week.

An intimate garden grotto has been revealed to play a major role in the ceremony, with a stage set up in the historic beachside house.

As part of the preparations, he saw a golden structure almost four meters high, with a huge golden frame, placed at the end of the garden below the house.

For their part, Kourtney and Travis are staying on the 64-meter Regina D’Italia yacht, off the coast of the tourist fishing village.

The entire Kardashian clan was seen from Friday night, at a pre-wedding meal at Ristorante Puny, where the children of drummer Travis Barker, 18-year-old Landon and 16-year-old Alaba, also attended.

Today the eldest of the Kardashians and Travis were seen on a boat trip with their families in Portofino, where the bride wore an elegant black dress with a large neckline and an image of the Virgin Mary, with a pair of opera gloves. and a black veil.

The wedding from Kourtney Kardashian and Travis Barker It is considered one of the biggest events this year in the world of entertainment.