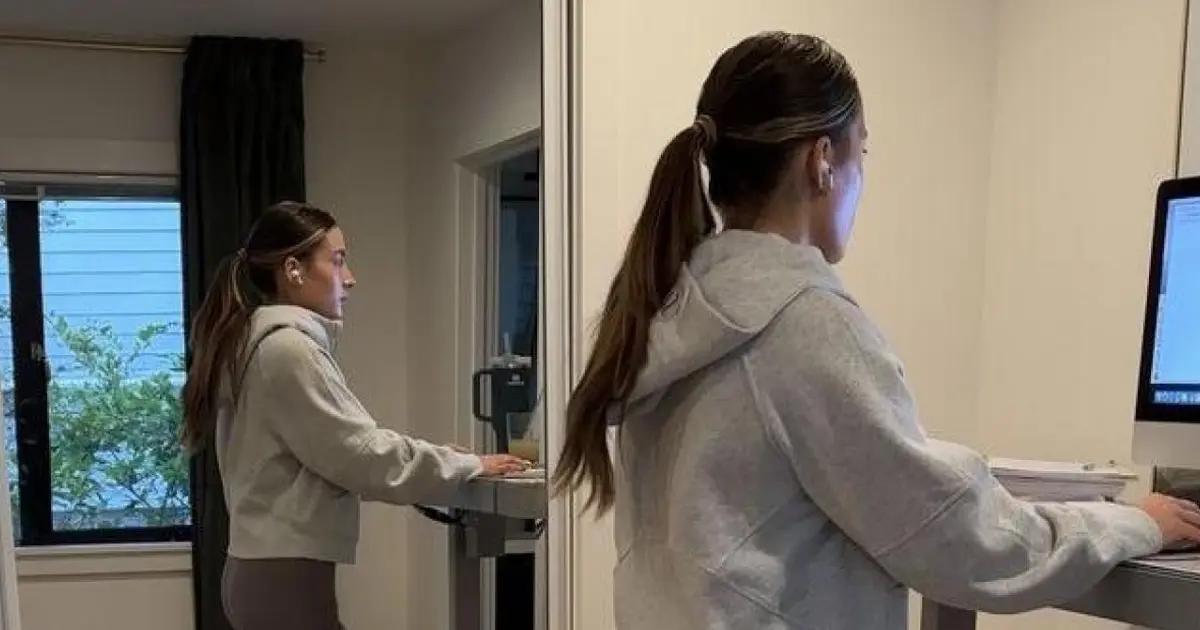 It has long been said that women possess the unique ability to multitask. This assertion has been repeatedly supported by both scientific research and social media platforms, which have widely circulated videos of women showcasing their innate talent for handling multiple tasks simultaneously.

Recently, a video featuring Kristen Hollinghaus Seninge, the 24-year-old creator of the TikTok account @hauskris, has garnered international attention by demonstrating that she is capable of running a marathon while working remotely.

With the goal of staying active during work hours, Kristen purchased a treadmill to use under her desk as a way to boost both her mood and energy levels. Upon realizing the effectiveness of this strategy, she decided to set herself an even greater challenge: running a half marathon. Eventually, she attempted her ultimate challenge: completing a full marathon while working for hours and documenting the feat on video.

“People run marathons all the time, so I figured walking couldn’t be that bad. Let’s see if I can make it through the workday,” Kristen said as she began the challenge, slowly walking on the treadmill.

After taking breaks throughout the day, Kristen was ultimately successful in finishing her marathon. This feat has captivated social media users, resulting in the video accumulating over two million views and an array of comments from viewers.

Some of the top comments include: “Were you able to do the same amount of work you would normally do?”, “You’re a genius! Unbelievable”, “I don’t know how you do it. I wouldn’t be able to see the computer well enough”, “I want to run a marathon, but I’m terrified”, “I’m not sure why you used your Apple Watch on your ankle to measure the distance instead of the treadmill itself”, “I got a call where I was talking today and walked really slow!” or “This is so inspiring! I love a multitasking queen!”.

Why is Kristen’s video important?

There are several potential surprising benefits to undertaking an endeavor such as Kristen’s marathon-running while teleworking.

She serves as an inspiration to others. Kristen’s video has amassed widespread attention, and her achievement may have encouraged others to set their own goals and work towards them, or simply to take breaks for physical activity during their workday.