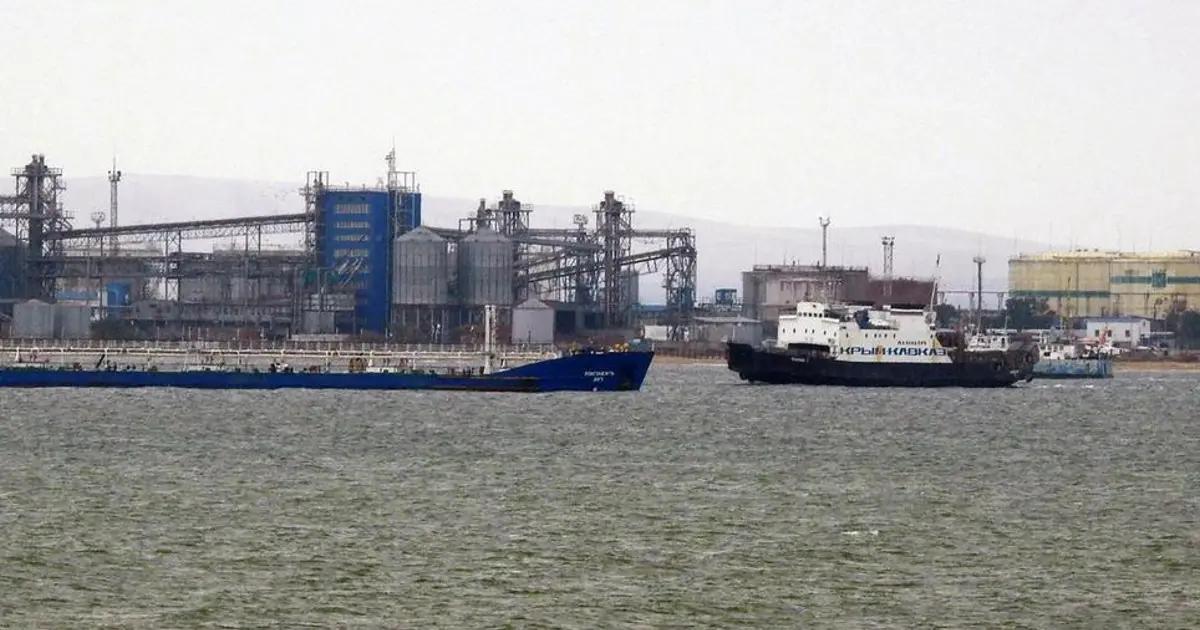 A Ukrainian Interior Ministry source said Saturday that explosions recorded in the Bay of Sevastopol are due to Russian negligence and that four ships of Moscow’s Black Sea fleet have been damaged.

Anton Gerashchenko, an advisor to the Interior Ministry, announced that “as a result of negligent handling of explosives, there were explosions on four Russian warships in Sevastopol Bay,” in statements quoted by the Interfax agency.

Among the damaged ships is the frigate “Admiral Makarov,” Gerashchenko said, from which he said cruise missiles were fired at the town of Vinnytsia in July, killing dozens of civilians in Ukraine.

The adviser further posted on his Twitter account photographs in which plumes of black smoke could be seen in the distance.

“Local media report that emergency services are trying to extinguish the fire on one of the ships, as can be seen using binoculars,” he added.

For its part, the “Southern” command of the Ukrainian armed forces indicated that the explosions in the port of the annexed Crimean peninsula could be due to the malfunctioning of Russian anti-aircraft batteries.

“At the moment, there is no official confirmation. Failures in launching air defense missiles could be the reason, and we will receive official information later,” spokeswoman Nataliya Humenyuk said in televised remarks.

The governor of Sevastopol, Mikhail Razvozhaev, attributed the explosions recorded early this morning to a drone attack by the Ukrainian army, the largest of its kind since the beginning of the war.

He added that navigation in the port had been suspended temporarily but insisted that no facilities in Sevastopol, the main base of the Russian Black Sea Fleet, have been damaged.