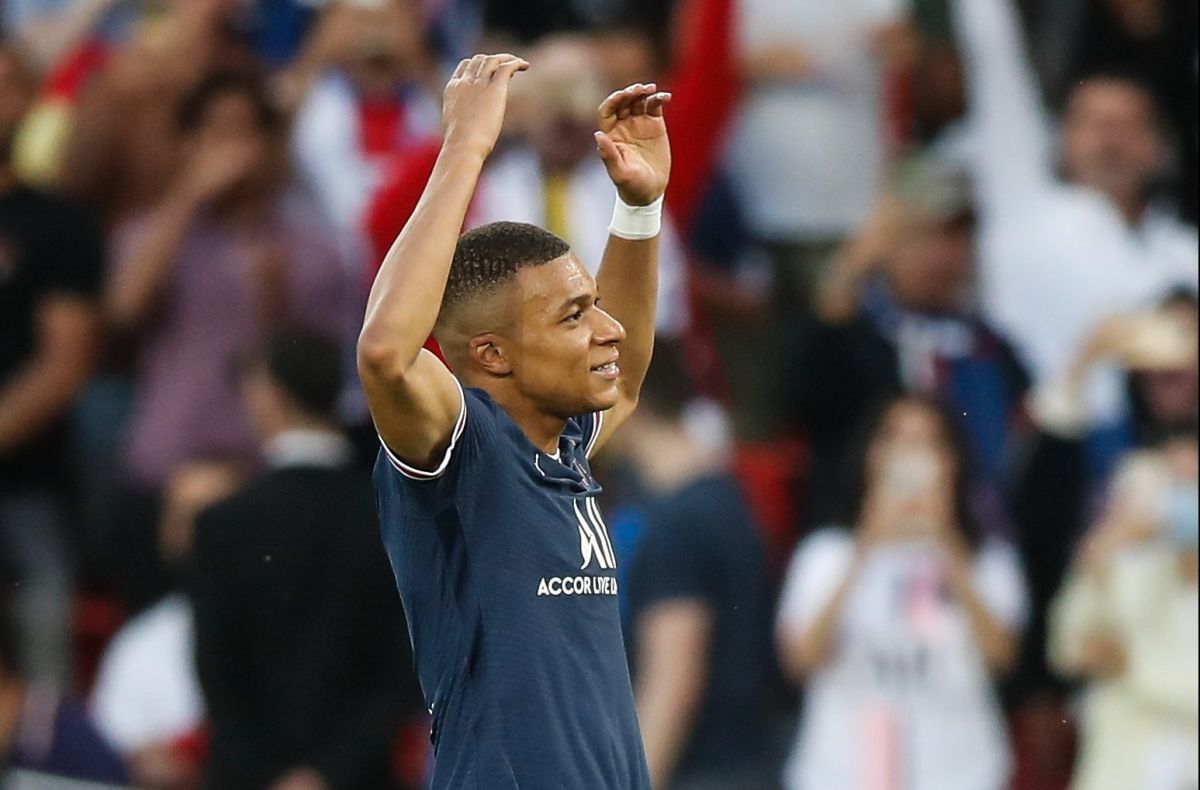 Before a crowded and tremendous stadium in the Parc des Princes, the French striker Kylian Mbappe celebrated his renewal with Paris Saint-Germain (PSG) with two goals in just five minutes and in the second half he scored the third for the hat-trick and concluded a clash and a particularly successful season in the individual.

Before the game, the president of PSG, Nasser Al-Khelaifi, celebrated and posed in the stadium with Mbappéwho thanked the Qatari for his patience and trust during a season in which it seemed that Real Madrid was taking over the star’s services.

The first goal of the Parisian afternoon was in minute 25, when the Argentine Ángel Di María, in his last game with PSG, served him a pass so that ‘Donatello’ dribbled past the rival goalkeeper and celebrated as he always does, with the two hands at chest height and waving to the stands.

The second was a brilliant combination between the dream trident made up of Neymar, Lionel Messi and Mbappé. Kylian received the pass between the lines and resolved in front of the goal.

As if it were the start of the season when Paris dreamed of seeing their club win everything, something that did not happen, the audience at the game never stopped cheering and applauding their team. It was a tough season, with failure in the League Cup and mainly in the UEFA Champions League (UCL), where they were eliminated precisely by Real Madrid.

The capacity of the Parc des Princes was almost 50,000 fanswho not only saw their scorer score, but also Neymar at 31′ and ‘Fideo’ Di María at 67′.

Mbappé’s third came due to pressure on the defense, stealing the ball and… Goal! The scene is not new, it has been repeated throughout the season in Ligue 1 in France.

Not only Mbappé… PSG gave Di María a well-deserved tribute

It has been seven years since the Argentine Ángel Di María made the leap from England with Manchester United to France with PSG. This May 21 was his farewell.

With 34 years and a lot of experience and veteran on his back, el Fideo was cheered in the Gallic venue while he was with his wife and two daughters. A huge billboard was unfurled at his tribute and a recap video of his best moments at the club was shown.