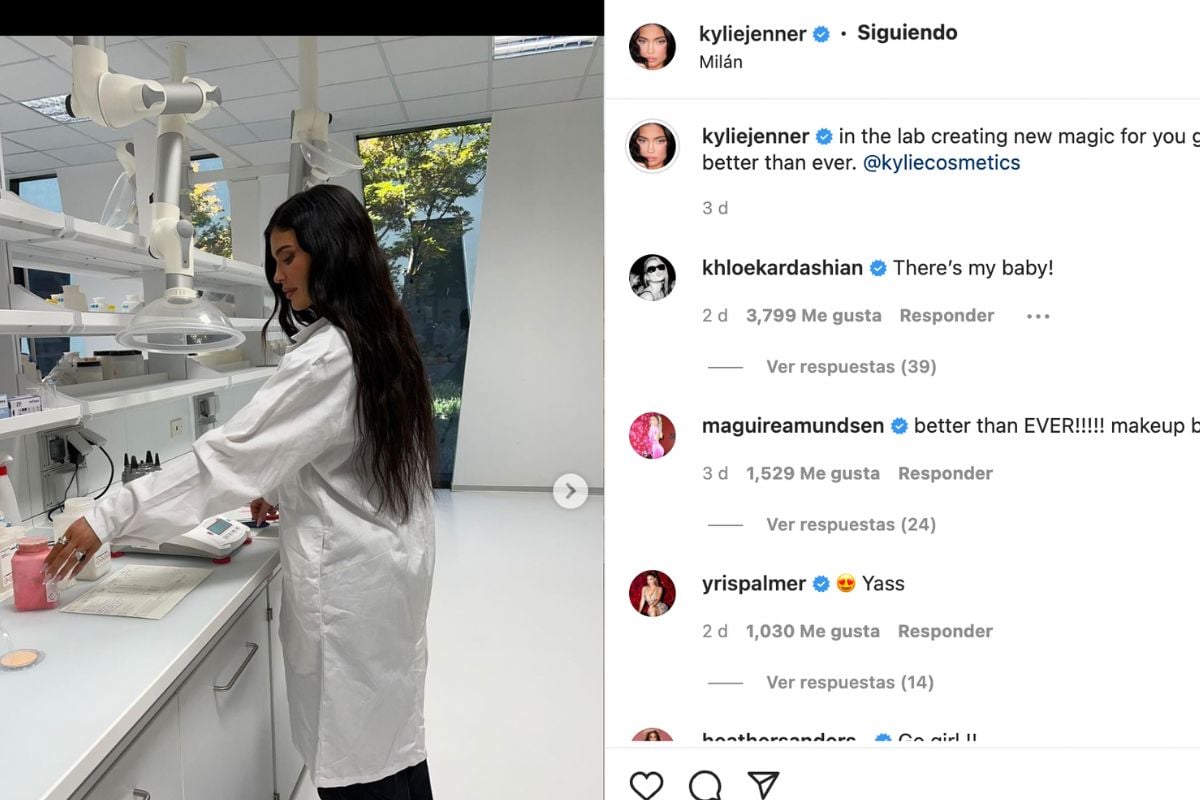 This week Kylie Jenner set out to show that she is fully involved in the creation of her cosmetics brand’s products sharing a photograph of himself in a white coat while “creating new magic” at one of his facilities in Milan, Italy.

Nevertheless, this post has provoked a barrage of criticism by experts in the sector, starting with a cosmetics developer named Kevin James Bennett, who has responded by assuring that never in his entire career had he seen anyone in a lab without a hairnet, gloves, and shoe covers.

The stir that has been generated has been such that Kylie has ended up answering him to confess that she was not actually at the plant where mass production is carried out: “I would never break health protocols and neither would any other celebrity or beauty brand owner. This is completely unacceptable, I agree. I was in a little personal space where I create my own samples for fun and take photos to create content“, has clarified.

The young businesswoman has stressed that the quality of Kylie Cosmetics has not been compromised and that none of its consumers are in any danger of regretting that their professional ethics have been called into question so lightly.

Keep reading: Taylor Swift, Drake and the Kardashians among the celebrities who pollute the most with their private planes
– Kylie Jenner unleashes pregnancy rumors, she would be expecting her third child with Travis Scott
– Khloé Kardashian and Tristan Thompson welcome their second child
– Kim Kardashian and Pete Davidson broke up after nine months of dating