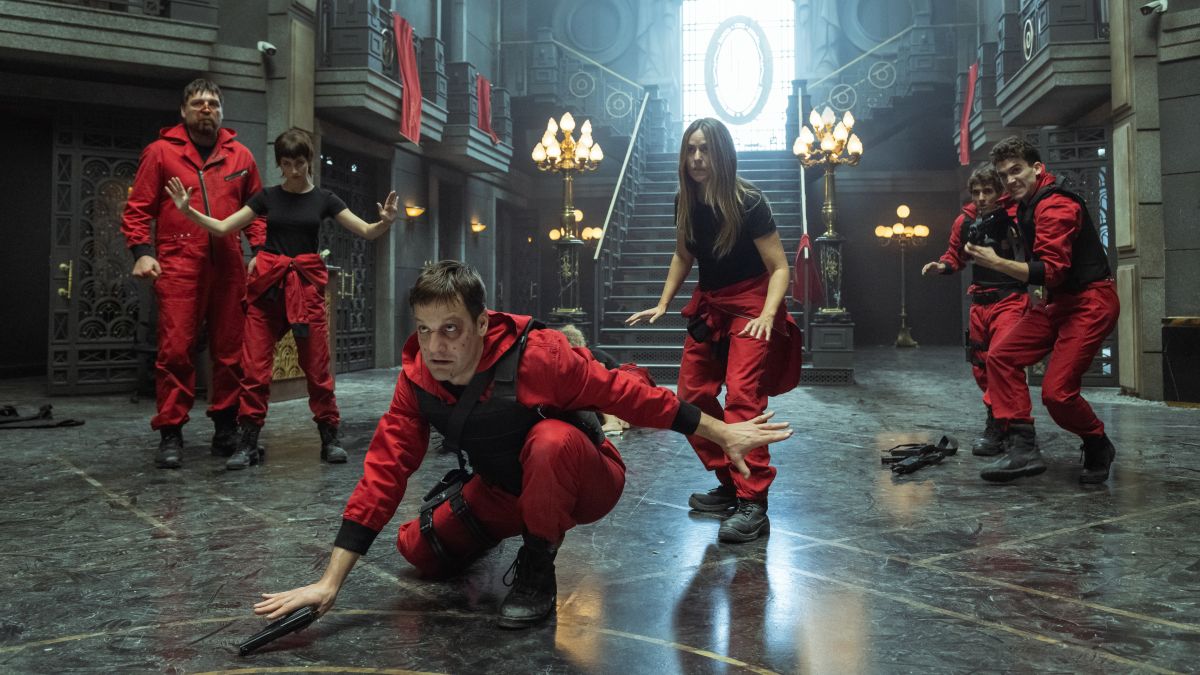 ‘La Casa de Papel ‘has become one of the world phenomena that has revolutionized Netflix in recent years and its end is closer and closer. The US streaming service platform premiered on Wednesday the first preview of the second part of its fifth season, which will have only five episodes and will premiere on December 3 of this year.

After the fans were speechless by the end of the first part and a little sad, Netflix plans to conclude this Spanish series with a spectacular trailer full of intrigue for all those viewers who accompanied this group of robbers in all their adventures from 2017. In this new look we can see the team of melancholic thieves and destroyed by the death of Tokio (Ursula Corberó), while The ‘Professor’ will be in the obligation to take action on the matter and enlist the rest of the team for war.

The Loss of Tokyo will mark a before and after in ‘La Resistencia’, which should rGet up as soon as possible and find a way to get out of the Bank of Spain alive, a scenario where they have been unable to escape since the third season. Likewise, after Inspector Alicia Sierra gave birth to her baby in the first part of the season, she will have to make a difficult decision: to join the ‘Professor’ once and for all (as did Inspector Raquel Murillo / Lisbon in previous seasons) or impose justice and stop it.

Álex Pina and Esther Martínez, creators of the series, described that the end of this fifth season will be like a stage “more in the emotionality of the characters”, statements in which it is taken for granted that this closure will have many emotional scenes, but without leaving aside the overdose of intensity and adrenaline that has characterized this series.

Remember that this fifth season consists of 10 chapters in total, but they were divided into two parts. The first part premiered on Netflix on September 3, while this last part will conclude its story on Friday, December 3.