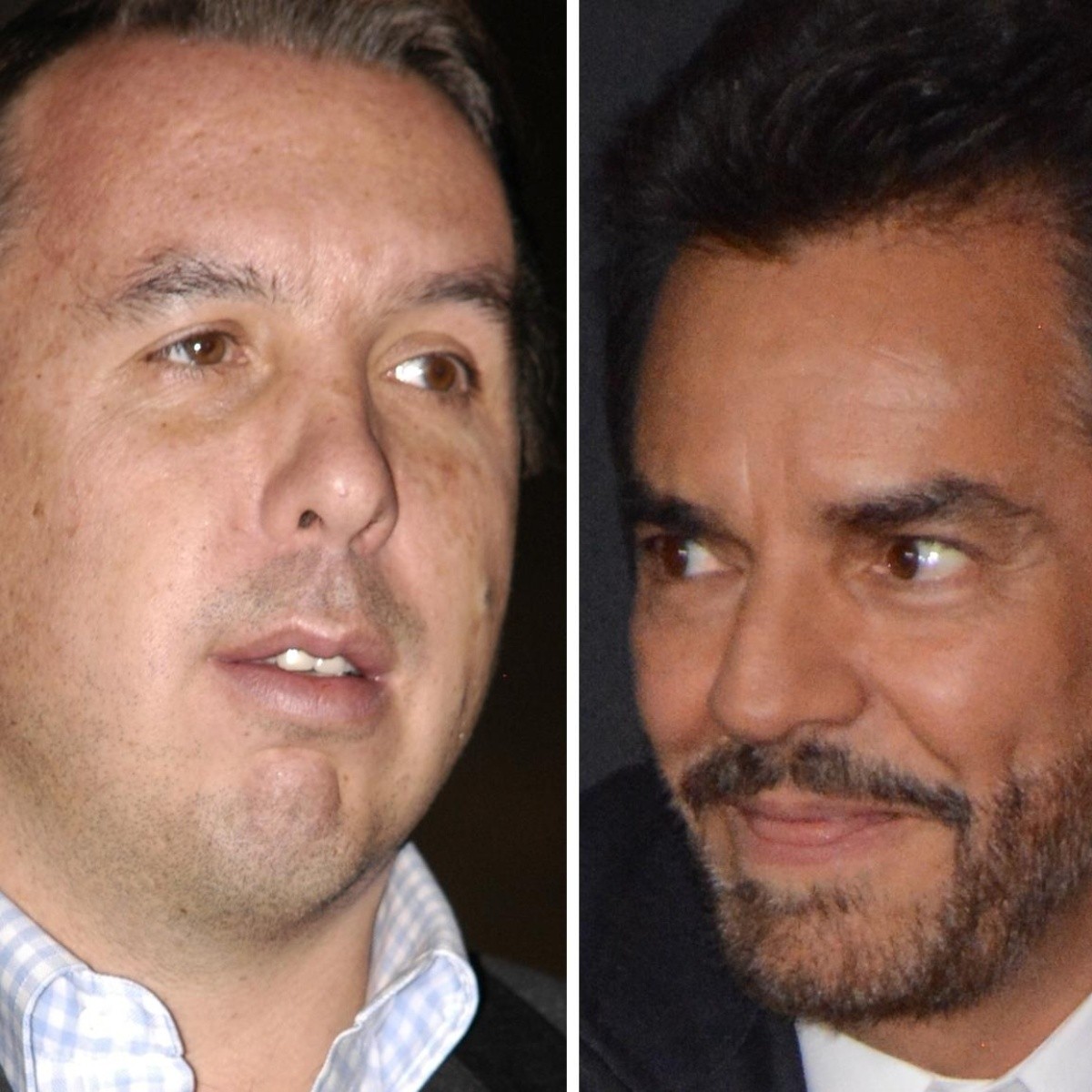 Actor, comedian, and film and television producer Eugenio Derbez, assured that Televisa vetoed him for having participated, supposedly, in the campaign “Selvame del tren”through which several celebrities spoke against the construction of the Mayan Trainwhich was announced as one of the great works of the government of the President of Mexico, Andrés Manuel López Obrador.

Through his Twitter account, Emilio Azcarraga Jean, Chairman of the Board of Directors of Grupo Televisa (son of the Mexican businessman Emilio Azcárraga Milmo, founder of this television station), revealed the alleged motive of the statements that Eugenio Derbez has been making against Televisa: the rights of the successful series “La Familia P. Luche”.

But let’s go in parts. The son of the deceased Silvia Derbezwho was one of the great actresses of the golden age of Mexican cinema, worked for more than 30 years in Televisa. In her early days, she acted in soap operas such as “Caminemos”, “Isabella’s passion”, “As we are” and many more.

Produced and starred in successful comedy shows such as “To the right and to Derbez”, “Derbez from time to time”, “XHDRBZ” and “The P. Fight Family”. Years later, the father of the also actors Aislinn, Vadhir and José Eduardo Derbez, made the decision to move to Los Angeles, California, United Statesalong with his wife, the Mexican singer Alessandra Rosaldo and their daughter Aitana, looking to do new projects in Hollywood.

According to the “Red Carpet” column of El Universal, Televisa executives tried to prevent Eugenio Derbez from leaving To united states. Given this, they would have offered him two more seasons of “La Familia P. Luche”, with the budget he wanted. However, the comedian rejected Televisa’s proposal, arguing that he did not want to continue doing the same thing.

Presumably, Annoyed at having snubbed them, the top brass of Televisa Not only he was banned from the companybut they also told him that he was no longer of an age to go to Hollywood (the so-called “mecca of cinema”), to knock on doors, in search of new opportunities.

At the end of March last, the 2022 Oscar Awards were presented, awards granted by the United States Academy of Motion Picture Arts and Sciences. In said ceremony, “CODA”, the feature film in which Eugenio Derbez acted, won the gala’s highest honor, “Best Film”.

Few days after attending the Oscar Awardswhich were delivered at the Dolby Theater in Los Angeles, California, the actor, 60 years old, traveled to Mexico City to be at the premiere of “And how is he?”a film he produced, starring Omar Chaparro and his former son-in-law Mauricio Ochmann.

During a meeting with several media outlets at this event, Eugenio Derbez revealed that he was banned from Televisathis by not seeing the reporters of said company interviewing them like the others.

“Look, the company that vetoed me is not there,” he said. When a reporter asked him if this posture of the television station, in which he had worked for many years of his life, hurt him, he replied: “no, oh my God, it doesn’t bother me anymore, but it’s remarkable that suddenly they send you to silence”.

Before this confession of the former sentimental partner of the soap opera actress Victoria Ruffo, the million dollar question was: What happened between Eugenio Derbez and Televisa?

Why did Televisa veto Eugenio Derbez?

Recently, the also a scriptwriter originally from Villa Milpa Alta, in Mexico City, had an interview with the radio and television host, for his program on Radio Formula, where he asked the aforementioned question. Eugenio Derbez stated that he believes that because of his position regarding the Mayan Train, Televisa has him on its black list of “personas non grata”.

“In Mexico they have not given me the exact reason, but I want to assume that it is because of the Mayan Train. What is the reason that I return from the Oscars, everyone interviews me, I have scheduled interviews and, suddenly, all the people from Televisa suddenly told me: ‘hey, there is a memo where we are prohibited from interviewing you, talking about you, are you banned?’ “.

In addition, Eugenio Derbez stated that he tried to find out what was happening on the television station, but I prefer to avoid “adding more fuel to the fire”, realizing how complicated the matter is. “I sent a message, they wanted to gild the pill and then I said: ‘better not’, blessed be God, there are many media where one can promote things and many places one can visit.”

The comedian pointed out that while on Televisa they vetoed him, on TV Azteca they want to pay him a well-deserved tribute. “It had never happened to me, right now they are inviting me from TV Azteca to pay tribute and on Televisa, which is where I did my entire career, I am banned. Long live Mexico!”

After his statements, the Mexican businessman Emilio Azcarraga JeanChairman of the Board of Directors of Grupo Televisa, as well as owner of Club América, denied the actor, telling his part of the story.

sarcasticallyEmilio Azcarraga Jean He responded to Eugenio Derbez via Twitter, using phrases from some of his characters.

“Neta Eugenio, before saying that you’re banned, ‘ask me, caon’. Otherwise I’m going to think that you’re not a normal buddy. ‘Hear me no, hear me no’. What you declared about an alleged Televisa veto, ‘was awful'”

In his Tweet, he also published a couple of videos: an interview between Eugenio and the journalist Paola Rojas on the newscast “Al aire con Paola”, where they talked about his victory at the Oscars, and another about the coverage of the “Selvame” campaign. of the train” in this same informative space, “and I send you everything, everything that I have left over”.

Emilio Azcarraga Jean He finished by stating that the real reason for Eugenio Derbez’s anger is due to the copyright of the series “La Familia P. Luche”.

“You and I know that the real reason is that you’re angry because you want us to give you our rights to ‘La Familia P. Luche,’ and cut him off my guy.” Until now, Eugenio Derbez has not commented on the statements of the son of Emilio Azcárraga Milmowho was known as “El Tigre”.