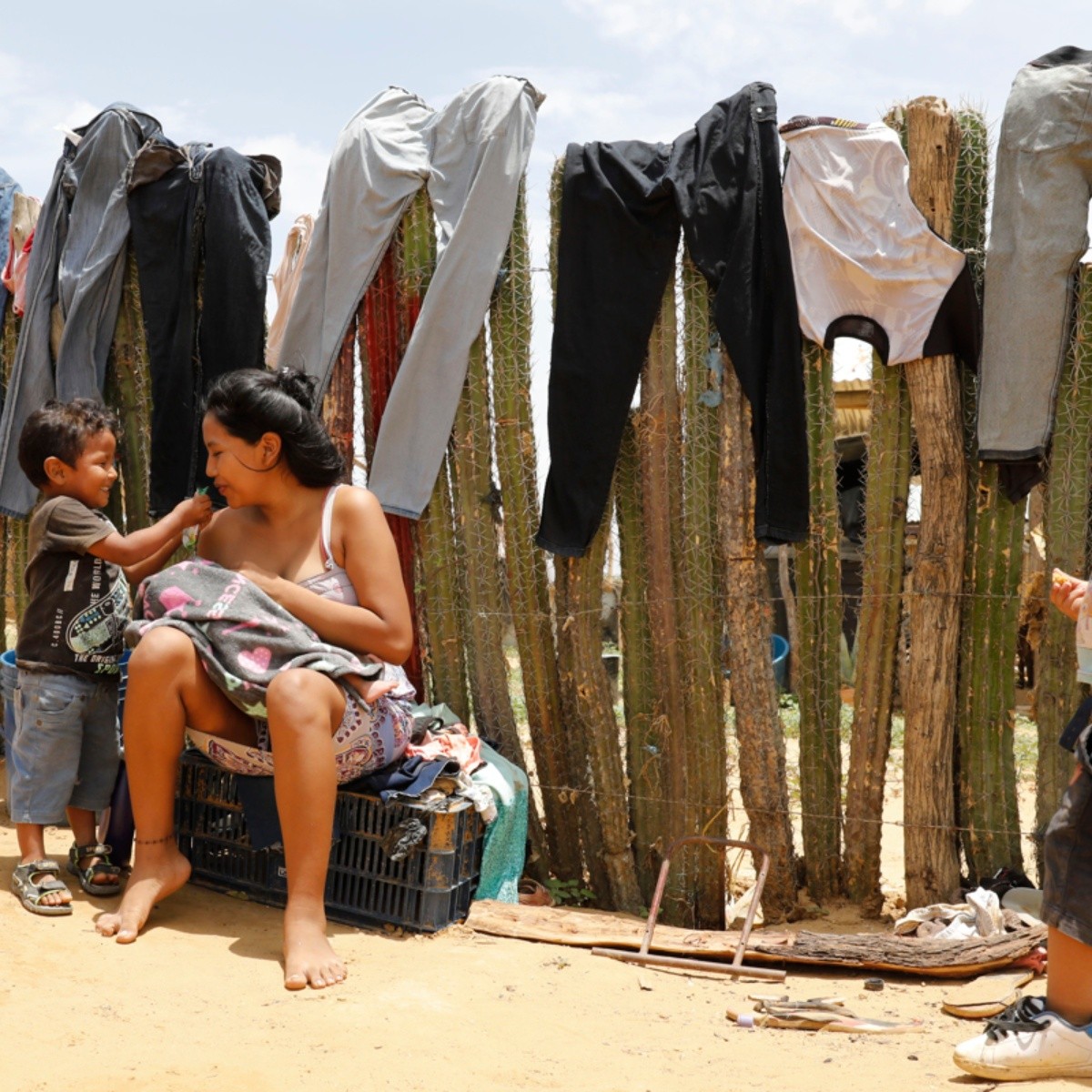 Isabel and María Jusayú are two sisters of the Wayúu ethnic group who arrived in the desert Colombian department of La Guajira from Venezuela, thinking that they would have a better future, with work and food for their children, but they came across another reality: lack of opportunitiesfamine, drought and abandonment state that has led them to live with nothing.

Guajira, where 21 children have died from malnutrition so far this year and hunger “became a landscape”, and Chocó, are the departments with the most deaths from child malnutrition in the country, although hunger is a reality that is found in every corner of Colombia.

“When we get half a kilo of rice, it’s not up to us grown-ups to eat, we stop eating so that the children can eat perfectly,” Isabel told Efe in an interview, surrounded by their children in a small building where, at nights, seven people sleep.

Despite the situation, Isabel and María, who are going to eat a plate of rice with beans, their only meal of the day, do not plan to return to Venezuela because in Colombia “the children are studying”, they receive a “better education”, despite the fact that sometimes they have to skip class to help their mothers wash clothes to get food.

In La Guajira, in the far north of the country, the situation has worsened in recent years with the arrival of Wayúus who lived in Venezuela and they fled with the deepening of the crisis. For them there is only one territory, there are no borders, so they travel between Colombia and Venezuela as if it were the same country.

In the municipality of Uribia, hundreds of Wayúus who have arrived from Venezuela in recent years have taken over an old airport that they have turned into a settlement where they live in subhuman conditions.

Almost 13,500 people now live in the airport, most of them women who have arrived alone, Antonio José Jayariyu told Efe, denouncing the lack of attention from the institutions, especially the health ones, since many of the women arrive pregnant and they are not tracked.

“We were used to light, cold water and when they invaded here (the airport) we also began to get in,” says Isabel, who arrived in Colombia in 2018.
“It was very difficult: how to get food, get a house. At first we started by frying arepitas and selling them for 500 Colombian pesos (about 12 cents), that was enough to eat every day,” continues Isabel, who adds that at that time she and her sister were pregnant “and it was hard to get a job.”

The Wayúu also inhabit the rural areas of La Guajira, where they graze and graze manufacture of handicrafts, jobs that, however, are not enough to surviveusually remaining at the mercy of humanitarian aid, which is often not enough.

In the enramada, the community space of the Wayúu of the Ishamana community, the children draw what they would like to have: dog food, a field, a ball, a bicycle, a house or a garden, while a nutritionist measures them to check that they are not suffering from malnutrition.

The Food Bank of La Guajira has developed a successful model, focused on children under five years of age and their mothers, in which it carries out an exhaustive follow-up of the minors to guarantee that they do not fall into malnutrition and that they have the size that corresponds to them.

In addition to providing them with food packages, and in the case of children suffering from micronutrient malnutrition, the organization has promoted a leadership program from which, in alliance with Wayúu women, they sell their traditional backpacks.

Right now they serve more than 2,000 families, both in rural areas and in Riohacha itself, the capital of La Guajira, including Wilmer’s, a seven-year-old boy with the height and height of one of three.

Wilmer and his nine siblings are chronically malnourished, as are his mother and probably his children, and it is something they will never recover from, explains the director of the Association of Food Banks of Colombia (ABACO), Juan Carlos Buitrago, who adds that it is already “an irreversible disease”.

To identify malnutrition, “the first thing is to make a diagnosis and nutritional screening where is taken into account weight, height and arm circumference“, and identify signs such as “depigmented hair, areas of alopecia or an ‘old man’ appearance,” Atenas Urdaneta, a nutritionist from the Food Bank team that tours the communities monitoring, told Efe.

Weekly they visit the communities adhering to the program to monitor the minors: if they do not meet the established goals and malnutrition persists, the screening program is suspended, in order to encourage mothers to follow the micronutrient treatment.

And even if “remedy is put in place”, the children “will never manage to develop as a normal child”, laments Urdaneta. Chronic malnutrition is a disease that delays all brain, cognitive and emotional development.

When the Food Bank found Wilmer in the Witka community, he did not speak, now he can communicate and even smiles.

And while the organizations reach the most remote parts of La Guajira, the institutions have a pending debt with the Wayúu communities, where hunger “became a landscape,” in the words of Buitrago, and children continue to die of malnutrition.